In February, the World Health Organization (WHO) published their first list of antibiotic-resistant “priority pathogens”, a list of the most concerning bacteria that pose the “greatest threat to human health.” In the U.S., about 2 million people become ill each year with antibiotic-resistant (AR) infections and, of those, around 23,000 patients die, according to the American Academy of Family Physicians.

When it comes to fighting AR bacteria — and the healthcare-associated infections (HAIs) that can result from them — much progress has been made. But U.S. medical facilities and staff can make still greater strides by better understanding the different types of AR bacteria that pose a threat, and combining various infection-control tactics to take action that better protect patients from the risks, according to a recent CDC Vital Signs report and related Morbidity and Mortality Weekly Report.

This list of AR “priority pathogens” that are of greatest concern is divided into three levels of antibiotic-resistant bacteria based on their significance and potential impact to global health: Priority 1, which is ‘Critical’; Priority 2, ‘High’ and Priority 3, ‘Medium’. Priority 1 (or ‘Critical’) is the most worrisome, and includes the AR pathogens Acinetobacter, Pseudomonas and various Enterobacteriaceae (including Klebsiella, Escherichia coli, Serratia and Proteus species). These AR gram-negative bacteria can cause serious infections, such as pneumonia and bloodstream infections, leading to significant morbidity and mortality.

Priority One: A Deeper Dive Into Enterobacteriaceae

Enterobacteriaceae are a group of bacteria that usually reside in the human gut. They have been watched carefully in recent years due to their significant multidrug resistance. This includes the difficult-to-treat, Carbapenem resistant Enterobacteriaceae (CRE), which is resistant to ß-lactam (beta-lactam) antibiotics, including the “last line” carbapenem antibiotics. And, most recently in the U.S., the emergence of colistin resistance, which comes from a gene called the MCR-1 gene, is cause for concern. Colistin is a “last-resort” antibiotic used to treat patients with multidrug-resistant infections such as CRE. The Centers for Disease Control and Prevention (CDC) states that CRE can contribute to death in up to 50 percent of patients who become infected. With colistin resistance, the outlook is even more ominous. 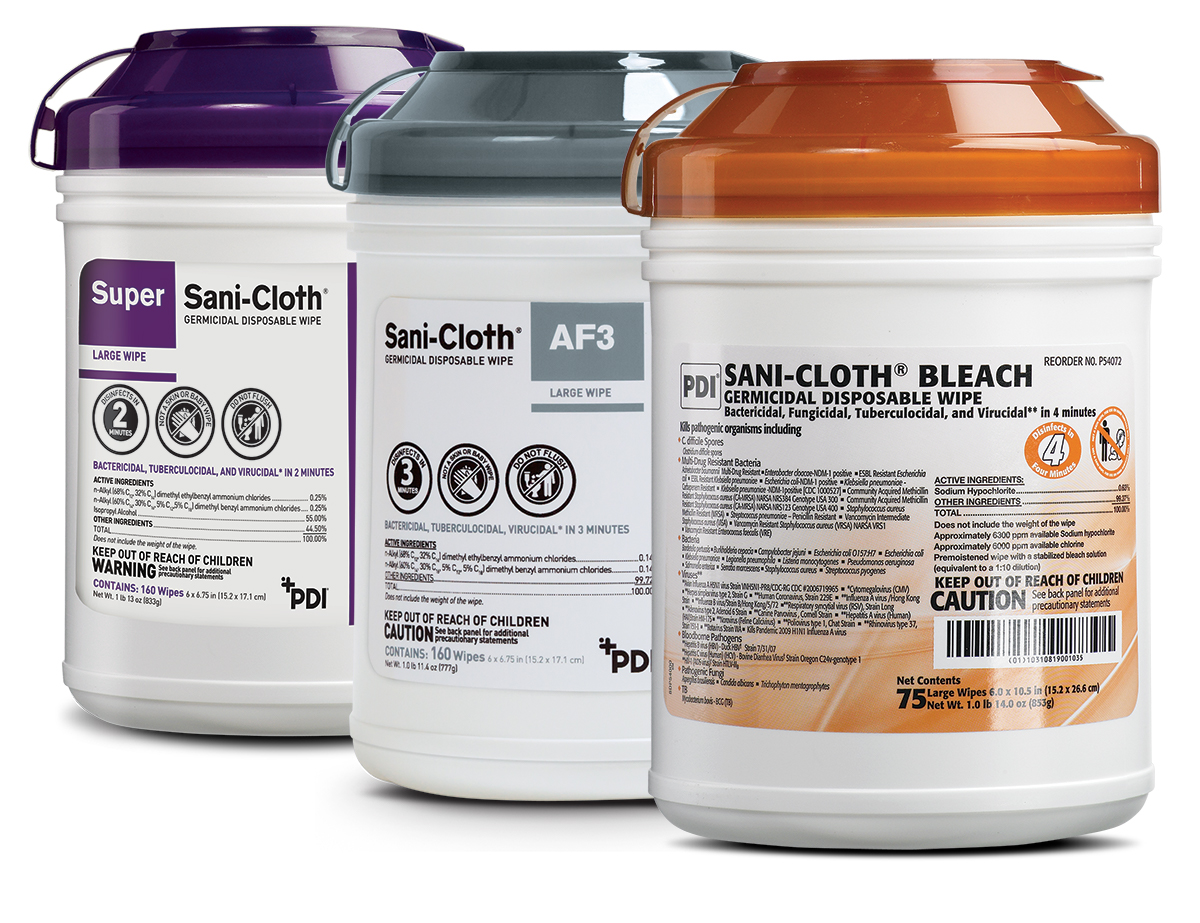 PDI offers several products that can be used in the effort to combat healthcare-associated infections. (Image credit: PDI)

Even more concerning is the increase of multidrug resistance in children. A recent study looked at children under 18 years of age who were diagnosed with an Enterobacteriaceae-associated infection between January 1, 2007 and March 31, 2015. The data from 48 hospitals and about 94,000 children showed a significant increase in MDR-GNE (Multidrug-resistant Gram-negative enteric Enterobacteriaceae) diagnosis with an Enterobacteriaceae-associated infection (0.2 percent in 2007 to 1.5 percent by 2015). This is an increase of more than 700 percent, with 23 percent of these infections defined as nosocomial, or hospital acquired.

Promising improvements in HAI prevention have been reported, such as a 50 percent drop in central line-associated bloodstream infections between 2008 and 2014, and a 17 percent decrease in surgical site infections from 2008 to 2014, according to the CDC’s latest annual progress report on HAI prevention. Specifically, the report examined the role of Clostridium difficile, the bacteria most commonly responsible for infections in acute care hospitals. While the bacteria caused 453,000 infections in 2011, with 29,000 patients dying within 30 days of diagnosis, hospital-onset infections of the bacteria have fallen by 8 percent between 2011 and 2014.

These five areas highlight the importance of antibiotic stewardship, surveillance, infection prevention and the development of new antibiotics to combat the growing pandemic of antibiotic-resistant organisms. Better transparency, accountability and quality reporting are also crucial in improving patient safety against HAIs and AR infections, scenarios bolstered by state mandates for public reporting and

Congressional funding appropriation, such as for the CDC’s implementation of the National Action Plan for Combating Antibiotic-resistant Bacteria. Since this appropriation, the CDC has since spread the antibiotic resistance fight by accelerating outbreak detection and prevention in every state, enhanced the tracking of resistance mechanisms and resistant infections, supported research to address current knowledge gaps and improve antibiotic use. With careful attention to these priorities, the forecast for antibiotic-resistant bacteria such as CRE, becomes more optimistic.