Approximately 30 million Americans have diabetes, according to the National Diabetes Statistics Report for 2017 by the Center for Disease Control (CDC).

To help bring diabetics together,  Dexcom, a glucose monitoring company, launched their Call of the Warrior Campaign in November (Diabetes Awareness Month).

The campaign raised awareness about the available technology for checking glucose, but also gave money to different charities including Children with Diabetes, JDRF, Beyond Type 1, and College Diabetes Network.

A warrior call is anything that tells diabetes, or any challenge that you are facing in life that you’re not backing down,” says Dexcom.

Here is an example:

Part of this campaign was country star Eric Paslay, whom we had the opportunity to interview.

“It’s a part of my life. I’ve had diabetes since I was 10,” Paslay explains to MDT. “With The Warrior Call, it’s awesome to emotionally help people and encourage them and to just let everybody know that we’re in it together, and to stand up to diabetes.”

The first person to notice the signs of his diabetes was his grandmother who had been working as a nurse’s assistant, testing people for it.

“Way back,” the ‘She Doesn’t Love You’ singer, jokes. “Like hand finger-pricked them.”

Paslay’s grandmother noticed that he would come in after playing outside and would consume a lot of sugary drinks, go to the bathroom, and the cycle just kept repeating. She told his mother that he needed to go to the doctor.

He is so grateful to have a grandma who was about to figure it out quickly.

“It’s not like a death sentence, as long as you take care of yourself,” he says. 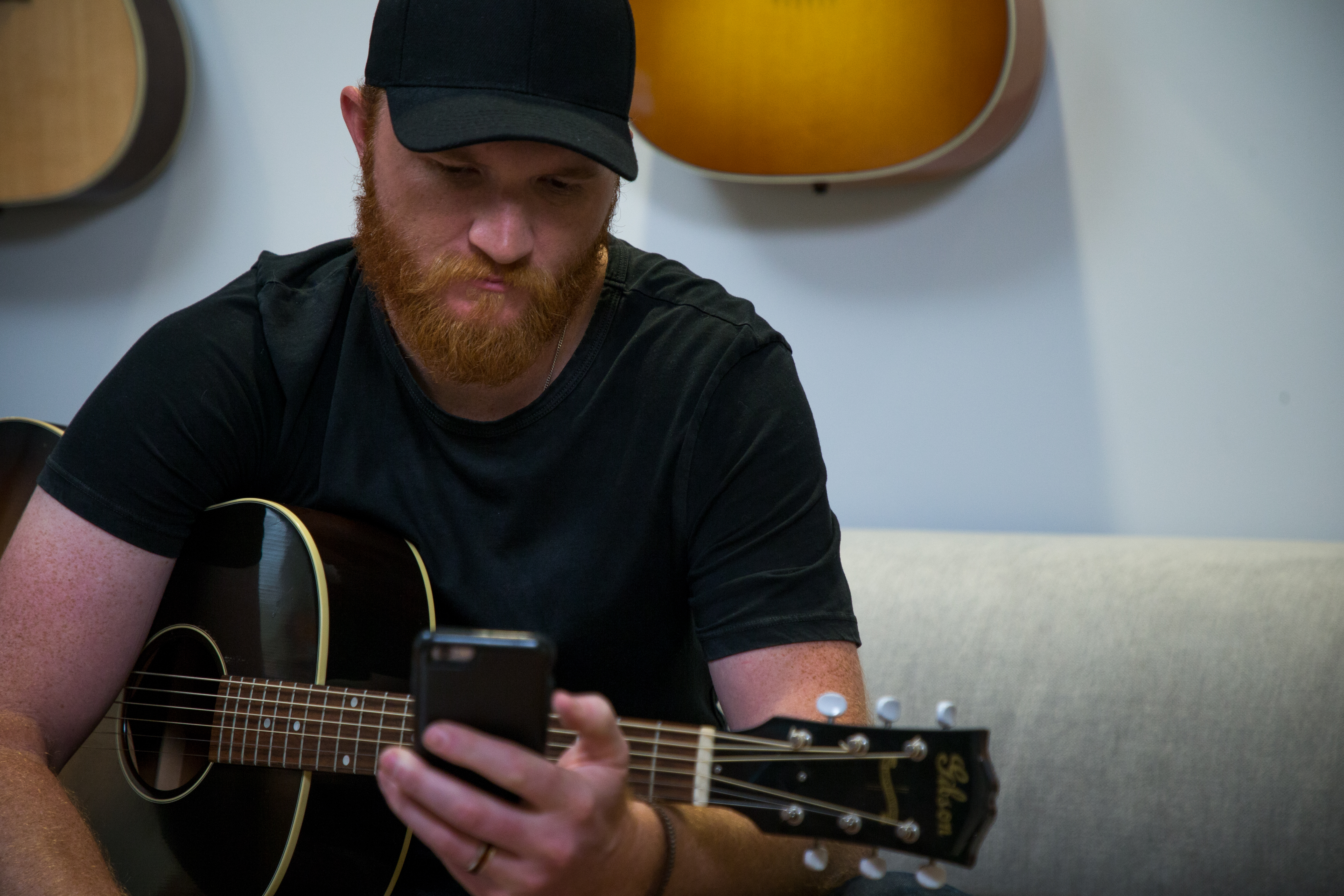 However, using the Dexcom system was something he resisted for years.

“I think majority people are afraid of change, and I dragged my feet for so long before I got [it]. I can’t believe I haven’t had one longer. I’ve only had one for a little over a year and it’s been life changing.”

The Dexcom system is comprised of a tiny wearable device (transmitter) and a hair-like needle (sensor). A handheld device receives the data in real time. A smartphone can act as the receiver as well, allowing loved ones to monitor glucose levels, too. Paslay’s wife and tour manager are able to help keep him in check. 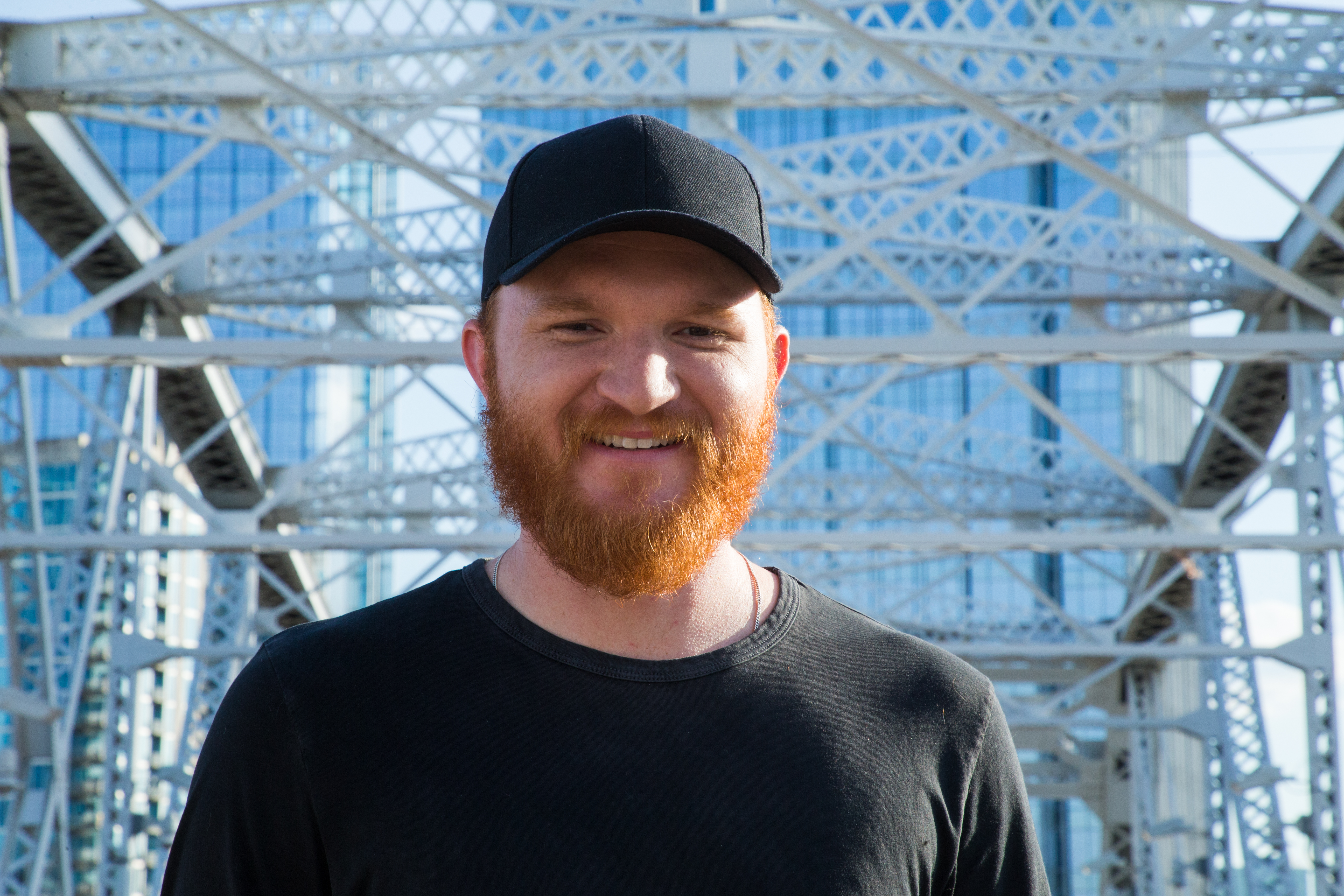 The sensor stays just underneath the skin, worn 24/7, which leaves glucose testing 100 percent prick-free. Other monitoring devices require users to prick there finger daily. With this device, users just put the sensor under their skin, and don’t have to worry about testing their glocose during the day. Further details about this device can be read, here.

“I have only been using the system for a little over a year,” Paslay says. “I can’t believe I haven’t been using it for longer. Everyday my life is changed because I’m wearing a CGM; it’s pretty amazing.”

If his glocuse starts to get low, he can take a slip of his orange juice that he keeps on stage.

He says it has helped him perform better shows and he loves not needing to worry about his glucose levels. Paslay is also about to calculate where his levels should be before jumping on stage.

With this campaign, he is excited to help people who have diabetes know that this technology exists.

According to campsign supporter and actor Derek Theler, the campaign raised $100,000 for diabetes charities.

“We are thankful for the work these charities do in helping create awareness for diabetes,” said Kevin Sayer, president and CEO of Dexcom. “It was so inspiring to see how many people came out to share their Warrior Calls on social media. We’re excited with the way our community came out and showed their support for one another and those effected with the disease.”