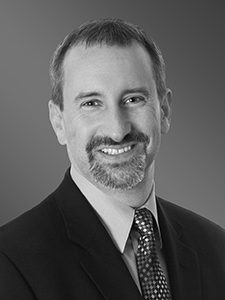 In today’s challenging economic climate, a strategic patent portfolio is crucial to a medical technology company’s growth and survival, because it can provide numerous business advantages. Although patents are extremely important for medtech companies of all sizes, patents make up a significantly greater portion of enterprise value for early-stage medtech companies. Patent portfolios are often the only way for investors to place a value on an early-stage company’s technology, as sales often cannot begin until after FDA approval.

When developing patent portfolios, design patents are often overlooked in favor of utility patents. Although generally having a more limited scope of protection, design patents can still deter potential infringers in the U.S. and foreign countries. For example, in a recent case involving smartphones, a substantial portion of the plaintiff’s billion-dollar verdict was based on the infringement of design patents. Design patents may play an important role in protecting the medtech company’s innovations and creating competitive advantages. 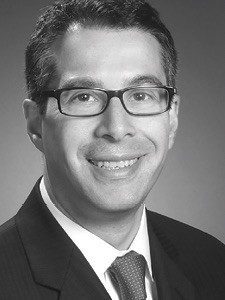 Utility patents protect the operational or functional features of a product. They are complex and lengthy legal documents that include a thoroughly written description, detailed drawings of the invention, and multiple claims of varying scope defining the invention. Often, the claim coverage is different (broader or narrower) than the exact product shown in the drawings. The term of utility patents is generally 20 years from the effective filing date of a patent application. To keep issued utility patents in force, maintenance fees must be paid at 3.5, 7.5 and 11.5 years after the utility patent is issued.

Due to the differences between the two patent types, design patents may supplement protection provided by utility patents, creating comprehensive product coverage.

Protecting both functional and ornamental aspects of a medtech product
A comprehensive patent portfolio should protect all aspects of a product. Design patents may supplement a utility patent portfolio by providing additional protection covering the appearance of a medical device. For example, design patents can cover the appearance of femoral hip prostheses, heart valve prosthesis, syringes, catheters, thermometers, infusion pumps and even medical device packaging.

If infringement is found, an owner of a design patent has two alternatives when seeking damages. The first alternative is to seek damages under the standard patent damages statute available for both design and utility patents. Under 35 U.S.C. 284, the minimal damages are “a reasonable royalty for the use made of the invention by the infringer.” The second alternative is the damages statute for design patent infringement, 35 U.S.C. 289, which permits the patent owner to recover the infringer’s total profits, a remedy not available for utility patent infringement. Further, the Court of Appeals for the Federal Circuit—the appellate level court that hears all appeals of patent cases from all U.S. courts—recently rejected an argument to limit the profits to the portion of the product that incorporates the patented design, rather than the total profits for the entire product. Accordingly, it may be possible for the patent owner to collect total profits on the entire product, even when the patent design constitutes a small portion of the product. For example, an owner of a design patent covering a catheter handle may be able to obtain all profits of the infringer from selling a catheter incorporating the infringing handle, not just a portion of the total profits attributable to the infringing handle.

Accordingly, even though design patents provide a somewhat limited coverage, design patents can still serve as a strong deterrent to infringement and provide a competitive benefit to their owner.

New option for expedited patent protection in foreign countries
On May 13, 2015, the U.S. joined the Hague System for the International Registration of Industrial Designs; U.S. design patent applicants can now take advantage of an often simplified process pursuant to the Hague System to obtain protection for their inventive designs in foreign countries.

With the U.S. included in the Hague System, U.S. applicants can file a single, standardized international design application directly via the U.S. Patent & Trademark Office’s (USPTO) electronic filing system (EFS-Web) in English for registering up to 100 designs in over 64 designated member countries and intergovernmental organizations, and can receive the same effective filing date in each jurisdiction. U.S. applicants may often avoid complexities related to filing separate national applications in multiple countries, such as, for example, foreign language translations, procedural requirements, fees, and deadlines for renewal. Depending on the application, this streamlined process can reduce the barrier to entry for applicants to acquire geographically broader design protection through simplification and reduced costs.

In addition to the U.S., the Hague System also includes Japan and the European Union, among other Contracting Parties. Countries absent from the Hague System that may be of interest to U.S. applicants are China, Canada, Australia, Brazil, but these nations are also likely to join the Hague System in the near future due to the recent addition of the U.S. and Japan.

Conclusion
Design patents may play an important role in protecting innovations and creating competitive advantages, whether they are the only available protection or part of a larger patent strategy. Often overlooked and sometimes undervalued, design patents are typically easier and less costly to obtain than utility patents. Although generally having a more limited scope of protection, design patents can still deter potential infringers in the U.S. and foreign countries. Medical technology companies should consider filing design patents covering a product’s appearance as part of the overall patent portfolio to provide stronger protection for the product.

This article is presented for informational purposes only, and it is not intended to be construed or used as general legal advice nor as a solicitation of any type.