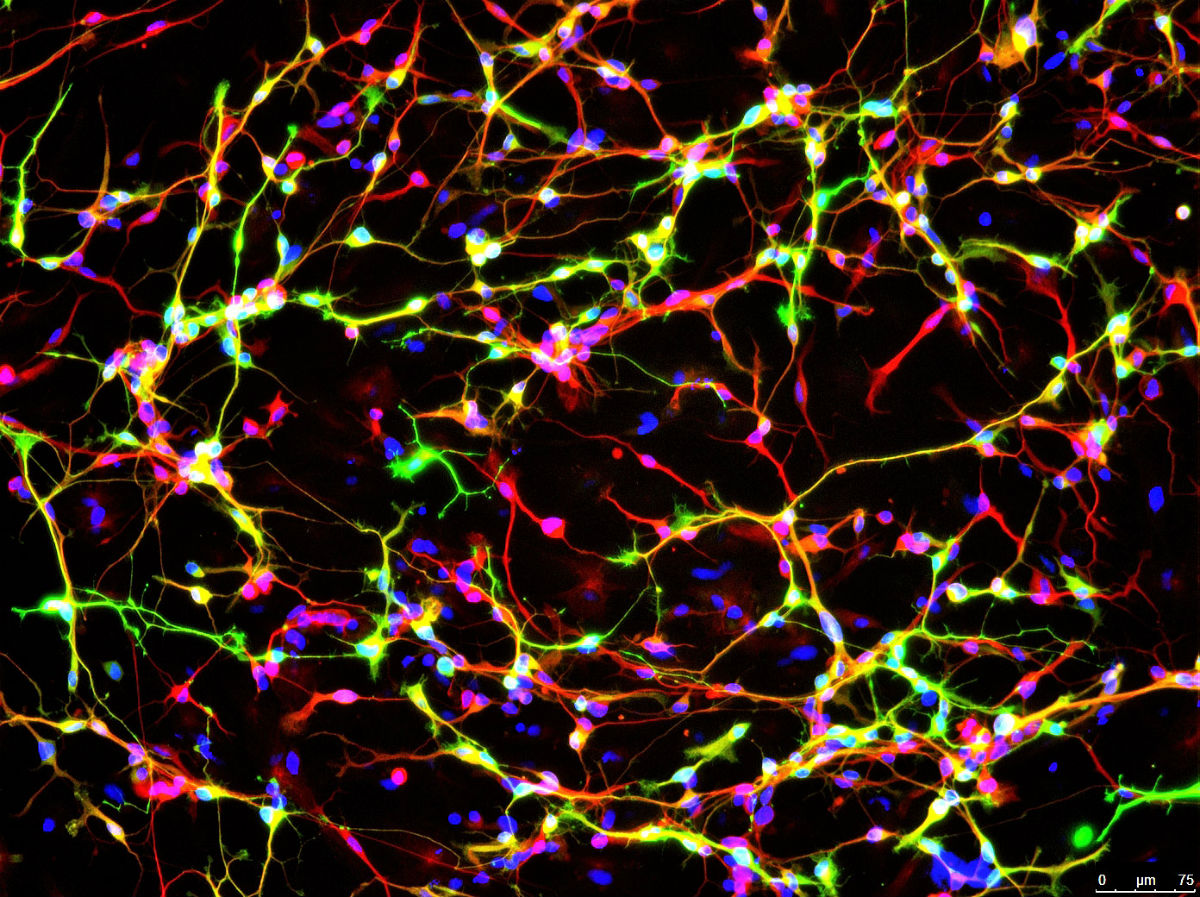 For decades, the elusive holy grail in Parkinson’s disease research has been finding a way to repair faulty dopamine neurons and put them back into patients, where they will start producing dopamine again. Researchers have used fetal material, which is difficult to obtain and of variable quality. Embryonic stem cells represented a tremendous innovation, but making dopamine neurons from stem cells is a long process with a low yield.

These issues have driven researchers to try to develop ways to turn cells that are easy to obtain, such as skin cells, into dopamine neurons, which are normally hidden in the brain. But here, too, it has been difficult to obtain sufficient quantities of neurons.

Now, Parkinson’s disease researchers at the Jacobs School of Medicine and Biomedical Sciences at the University at Buffalo have developed a way to ramp up the conversion of skin cells into dopamine neurons. They have identified – and found a way to overcome – a key obstacle to such cellular conversions. At the same time, the researchers say the finding has profound implications for changing the way scientists work with all cells.

A Cellular ‘Gatekeeper’
The new research, published Dec. 7 in Nature Communications, revolves around their discovery that p53, a transcription factor protein, acts as a gatekeeper protein.

“We found that p53 tries to maintain the status quo in a cell, it guards against changes from one cell type to another,” explained Jian Feng, PhD, senior author and professor in the Department of Physiology and Biophysics in the Jacobs School of Medicine and Biomedical Sciences at UB. “We found that p53 acts as a kind of gatekeeper protein to prevent conversion into another type of cell. Once we lowered the expression of p53, then things got interesting: We were able to reprogram the fibroblasts into neurons much more easily.”

The advance has importance to basic cell biology, Feng said. “This is a generic way for us to change cells from one type to another,” he said. “It proves that we can treat the cell as a software system, when we remove the barriers to change. If we can identify transcription factor combinations that control which genes are turned on and off, we can change how the genome is being read. We might be able to play with the system more quickly and we might be able to generate tissues similar to those in the body, even brain tissue.

“People like to think that things proceed in a hierarchical way, that we start from a single cell and develop into an adult with about 40 trillion cells, but our results prove that there is no hierarchy,” he continued. “All our cells have the same source code as our first cell; this code is read differently to generate all types of cells that make up the body.”

Generating New Dopamine Neurons via Cellular Conversion
Timing was key to their success. “We found that the point in the cell cycle just before the cell tries to sense its environment to ensure that all is ready for duplicating the genome, is the prime time when the cell is receptive to change,” said Feng.

By lowering the genomic gatekeeper p53 at the right time of cell cycle, they could easily turn the skin cells into dopamine neurons, with transcription factor combinations discovered in previous studies. These manipulations turn on the expression of Tet1, a DNA modification enzyme that changes how the genome is read.

The researchers have done multiple experiments to prove that these neurons are functional mid-brain dopaminergic neurons, the type lost in Parkinson’s disease.

The finding enables researchers to generate patient-specific neurons in a dish that could then be transplanted into the brain to repair the faulty neurons. It can also be used to efficiently screen new treatments for Parkinson’s disease.