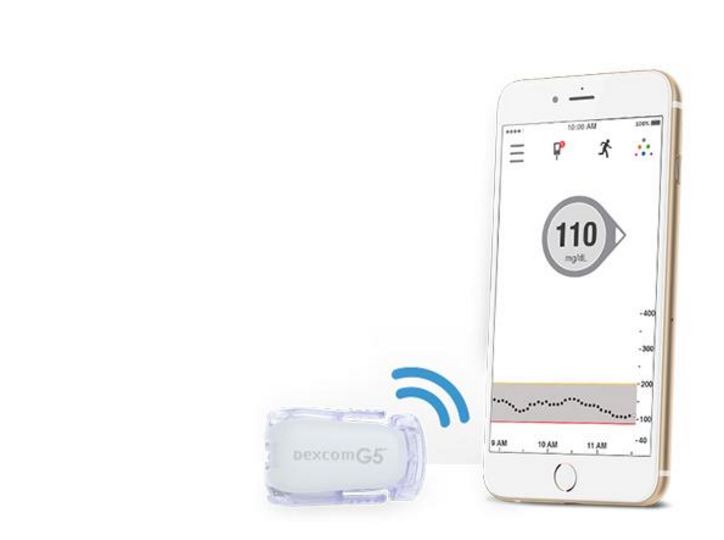 Thanks to a system developed by Dexcom, a developer of technology for diabetes, diabetics won’t need to prick their fingers anymore to check their glucose levels.

The Dexcom G5 is a glucose monitoring system that uses a sensor, a transmitter, and the user’s smartphone to continuously monitor the user’s glucose levels.

“The Dexcom G5 Mobile system is the only continuous glucose monitor that the FDA has approved to replace finger stick blood glucose measurements when making diabetes treatment decisions,” says Jake Leach, senior vice president of research and development at Dexcom.

A hair-like, stainless steel needle is inserted into the abdomen and releases the sensor, a flexible, metal wire with proprietary embedded membranes. After insertion, the needle is removed while the sensor is left behind.

“These membranes are highly biocompatible and include glucose oxidase enzyme technology, which allows the sensor to accurately measure glucose” Leach says. “It undergoes testing to ensure biocompatibility.”

The sensor is connected to a thin, patch-like transmitter with two electrodes that use a 12-amp signal.

As soon as the transmitter snaps with the sensor, it begins to function. The sensor comes out when the patch is removed.

The transmitter, which runs on low power to ensure only its frequency is picked up, should be replaced after three months.

The transmitter uses Software 505, a custom algorithm designed by Dexcom that combines with the sensor’s technology to provide the glucose readings for the user.

Bluetooth technology is built into the transmitter so data can be sent to the user’s smartphone.

“It allows us to communicate directly with devices with low-power Bluetooth,” says Leach.