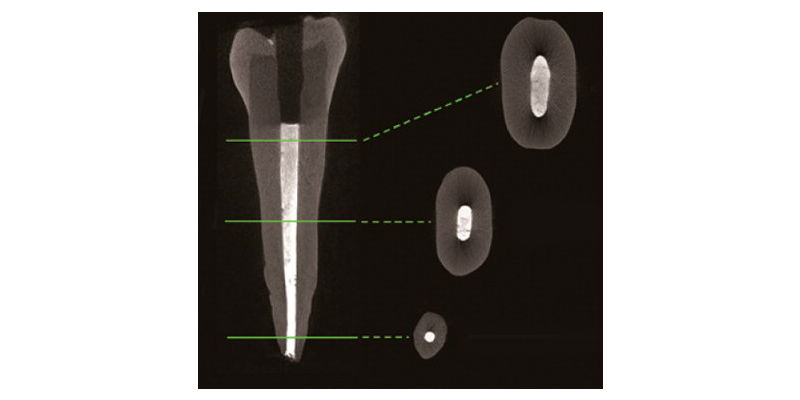 Gold, silver and porcelain are among the many materials dentists can use to fix damaged teeth. Soon diamonds — at least tiny, microscopic ones — could be added to that list. Scientists have developed a new material with nanodiamonds that has the potential to improve current root canal therapies and help prevent future infection. Their report appears in the journal ACS Nano.

Millions of Americans undergo root canals every year to clear out damaged or infected pulp, the soft part in the middle of a tooth. Dentists’ current go-to material to fill the space left behind is a rubber compound called gutta-percha. In some cases, however, a patient’s tooth can get re-infected, which calls for another treatment. To prevent this from happening, researchers have been exploring other fillers, including nanodiamonds, which are robust and can be modified with antimicrobial drug compounds. So Dean Ho and colleagues decided to develop a potential root canal therapy based on them.

The team combined nanodiamonds, gutta-percha and amoxicillin, a broad-spectrum antibiotic, into a new material. Lab testing showed it was stronger than gutta-percha by itself and was effective at killing Staphylococcus aureus, which is one of the bacteria responsible for root canal re-infections. The scientists say future studies will check whether the composite works in clinical practice.