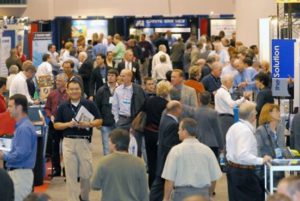 Eastman Chemical will be displaying the newest medical devices made with its innovative materials and featuring recent collaborations with OEMs at MD&M East. Image source: www.behance.net

Eastman Chemical will be displaying the newest medical devices made with its innovative materials and featuring recent collaborations with original equipment manufacturers (OEMs) at Medical Design & Manufacturing East (MD&M East) from June 14 to 16, 2016 at the Jacob K. Javits Convention Center in New York City.

At the show, Eastman will be featuring its work with two companies: Elcam, a producer of disposable medical products for OEMs, which recently developed a stopcock and connectors made with Eastman Tritan copolyester; and Henkel Corporation, an adhesives producer. In addition, Eastman Tritan copolyester MXF121, an opaque offering, will be showcased, as well as the new TritanMoldIt app for iOS.

Collaborative solutions
At MD&M East, Elcam Medical will unveil a new stopcock and connectors made with Eastman Tritan copolyester, providing maximum durability and improved clarity. The devices were developed in response to industry demand for drug- and lipid-resistant products to help enhance patient safety.

Another collaboration, between Eastman and Henkel, led to testing of various resins and adhesives for use in medical devices to be able to determine which products, when used together, can optimize a manufacturer’s assembly process. By undergoing this testing, the companies wanted to demonstrate to their customers that using adhesives—rather than solvent bonding—would save them time as well as money during production.

Henkel’s Loctite adhesive, which continues to be tested at the industry’s most comprehensive ISO 10993 biocompatibility standards, was used for the testing. Through the research, the companies discovered that using Eastman Tritan copolyester and Loctite together can provide superior results, including improved curing and increased flexibility.

Innovative material option
Since its launch at MD&M West in 2014, Eastman Tritan copolyester MXF121 has continued to be a go-to material for brands that require unmatched impact resistance, excellent mechanical properties, compatible color matching, moldability and flame resistance. This opaque material offers superior chemical resistance as well, standing up to the most aggressive hospital disinfectants that are used to combat hospital-acquired infections and day-to-day rigors of hospital life.

Mobile customer support
TritanMoldIt.com, Eastman’s interactive online community that provides technical support for injection molders, has gone mobile. The engineering-solutions site is now available through the Apple App Store for iOS. With the app, injection molders have easy access to molding as well as literature and videos specifically about Eastman Tritan copolyester.

In addition, the app offers two calculators, which are notcurrently available on the desktop version, which allows molders, who are on the shop floor, to quickly and readily calculate drying and residence times of Tritan.

At the show
During MD&M East, visit Eastman at Booth 1575 to learn more about the company’s newest offerings, collaboration and customer support.