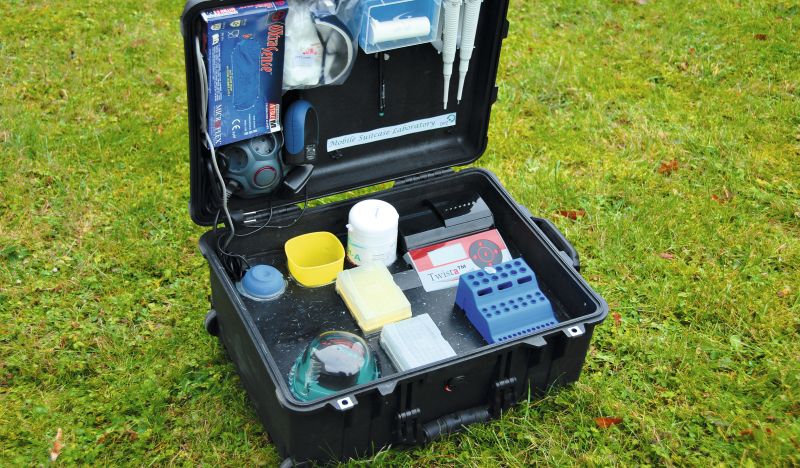 An international team of researchers, including Ahmed Abd El Wahed, scientist at the University of Göttingen and the German Primate Center, has tested a new method for rapid diagnosis of Ebola in a field trial in Guinea. The test procedure was carried out using a portable suitcase laboratory. The mobile suitcase lab is operated with solar power and enables simple on-site diagnostics in remote areas without the need of an equipped laboratory. The new detection method, a recombinase polymerase amplification technique, shortly RPA, is based on the rapid identification of viral RNA in oral swabs of infected persons at 42 degrees. The comparison with two other currently available diagnostic methods revealed that the RPA is a very sensitive and rapid technique. An Ebola infection case was detected after 30 minutes. The results of the field study have been published in the current issue of the journal Eurosurveillance.

In the field study, which took place in Guinea from March to May 2015, oral swabs samples from persons suspected of dying of Ebola virus were analyzed. The scientists compared the new RPA with two variants of a currently available detection method, the so-called real-time polymerase chain reaction (PCR). “In the analysis we were able to determine two things”, says Ahmed Abd El Wahed, currently in the Division of Microbiology and Animal Hygiene at the University of Göttingen and a guest scientist at the German Primate Center. “First, RPA works very well with oral swab samples, which greatly simplifies sampling in the future, because it is faster and less complicated than sampling blood. Second, we have demonstrated that RPA is as sensitive and specific as the gold standard, but technically much more simpler than the real-time PCR methods.” 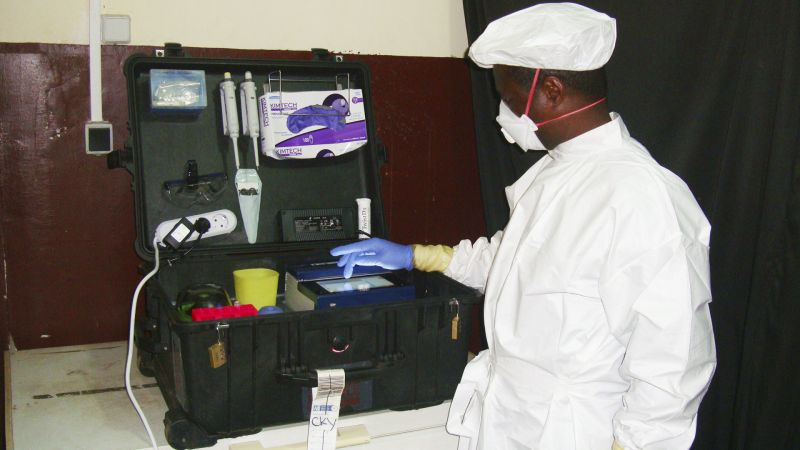 Nine hundred twenty eight oral swab samples were tested with RPA, one hundred twenty samples were positive and eight hundred eight negative. The reference real-time PCR method gave exactly the same results. “That is a 100 per cent accuracy”, says Abd El Wahed. “In addition, we observed during the test that RPA even works better than a currently commonly used WHO approved real-time PCR for the detection of Ebola.”

Both the PCR and RPA-tests are based on the identification of viral RNA in the serum or oral swabs of infected persons. In contrast to the real-time PCR, the RPA reagent can be shipped, stored and used at ambient temperature of Africa (up to 38 degrees), which makes them cold chain independent. After 30 minutes, the detection of Ebola with RPA is possible. In contrast, the real-time PCR usually takes several hours. This complicates the use of the method in remote areas. “In order to better control an Ebola epidemic, we must be able to prove infections on-site as early as possible”, says Abd El Wahed.

In a previous project, Abd El Wahed, Manfred Weidmann and Frank Hufert of the former Department of Virology of the University Medical Center Göttingen (UMG) developed the laboratory suitcase. It now also contains all the necessary reagents and equipment needed for the Ebola virus detection by RPA and works up to 16 hours with solar power. A mobile glove box provides additional protection against infection with contaminated sample material. 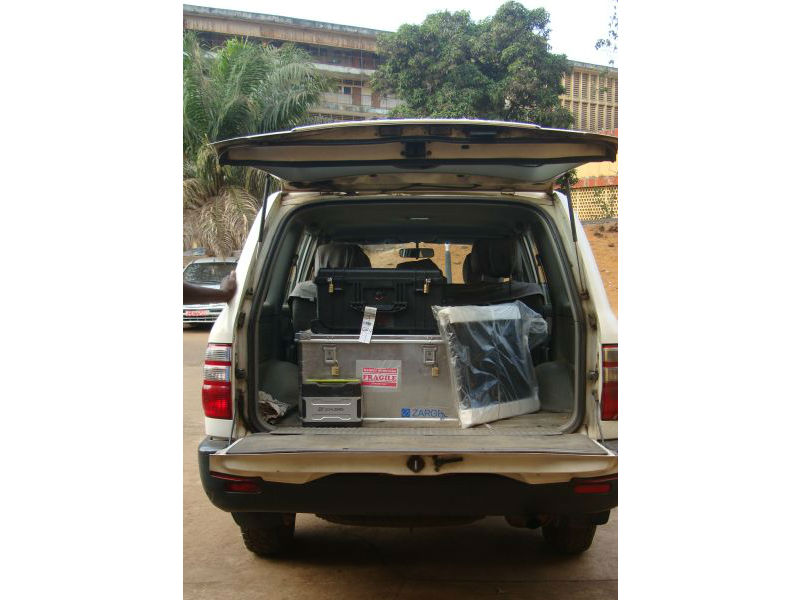