Car manufacturers are feverishly working on so-called emergency-stop assistance systems. These systems recognize driver inability due to fatigue or other medical situations in order to bring the vehicle to a controlled halt with fully automatic intervention. In addition to exhaustion, cardiovascular medical emergencies affecting the heart or the blood vessels such as heart attack and cardiac arrhythmia are the main catalysts of sudden incapacitation among drivers causing serious traffic accidents to occur. Potential emergency situations can be identified with an evaluation of the heart’s electrical activity. Researchers at the Fraunhofer Institute for Photonic Microsystems (IPMS) have developed a capacitive measurement device to determine driver capability via electrocardiogram (ECG) making it possible to continuously monitor cardiac activity and interpret derivations without contacting the skin. Integrated into the driver seat, the Dresden-developed system tracks drivers during each trip to detect medical risks and prevent accidents.

“The non-contact, capacitive ECG measurement device works on the same principle as the classic ECG. That means, we analyze the characteristic course of the ECG and react to the changes to divert a potential emergency situation.” explains Andreas Heinig, Project Leader at Fraunhofer IPMS.“ The difference here is that electrodes are not attached to the skin, but rather contact between the electrode and the surface of the body is established through layers of clothing. Typical skin irritations developed during long-time monitoring can therefore be avoided.” 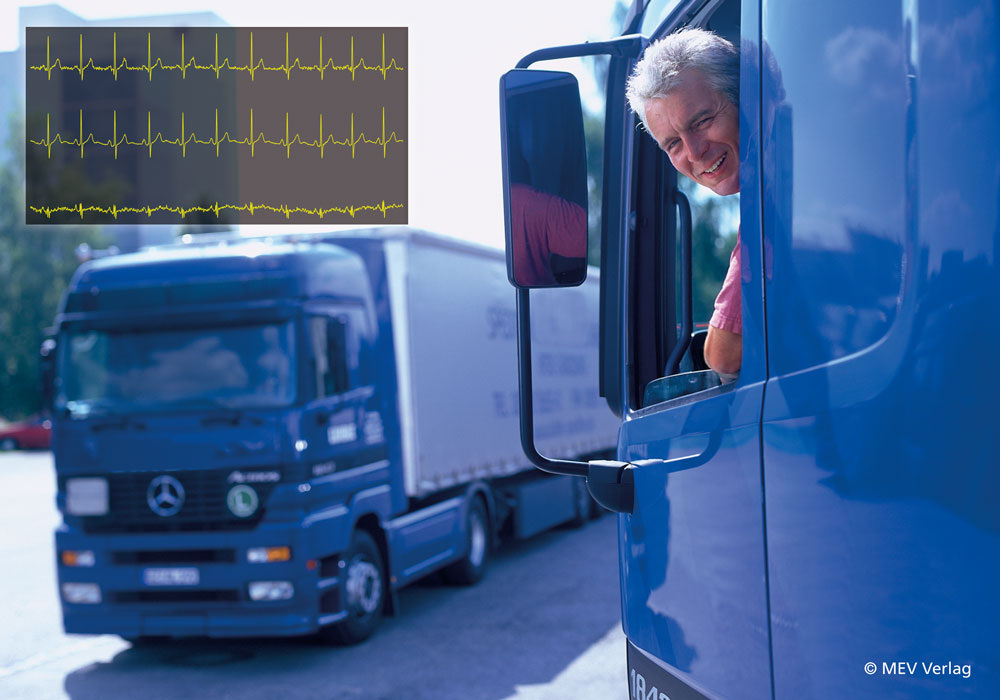 A capacitive ecg which is integrated in a driving seat is intended to detect signs of fatigue and medical emergencies.

The signal is transmitted over metal plates built into the driver seat which form a capacitor with the surface of the body. According to the researchers, the system also operates reliably despite several layers of clothing and the slight movement of the two contact surfaces. Electronic development faces the challenge of being able to separate extremely weak signals from significantly greater interference influences for reliable evaluation. In order to minimize external electromagnetic interference, researchers have included an internal shield level as well as an outer shield ring on the electrode circuit board and packaged the electrodes also in an electromagnetic shielded casing. In addition, the team under the leadership of Andreas Heinig has placed a special electronic circuit in the device to actively eliminate induced charges. This should control voltage fluctuations affecting measurement which are initiated by changes in the distance between the measuring electrode plates in the seat and the skin as well as charges generated through static electricity. The Dresden researchers are certain that the capacitive ECG will be in high demand due to the convenience offered for many other application scenarios. This technology could be used in seats of any kind or in hospital beds. It is also conceivable that the system be integrated into clothing.

The prototype of the capacitive ECG measurement system will be presented to the professional public for the first time at the world’s largest medical trade air, Medica, from 16.-19. November 2015 at the Fraunhofer Institute booth number E74A in Hall 3.