A new University of Colorado Boulder study shows that using an electrically-powered bicycle on a regular basis can provide riders with an effective workout while improving some aspects of cardiovascular health, especially for riders who previously had been sedentary.

Electric assist bicycles, or pedelecs, are equipped with a built-in electric motor that provides modest assistance while the rider is actively pedaling, making it easier to cover greater distances and hilly terrain. Pedelecs have steadily grown more popular with consumers over the past decade, especially in Europe and Asia.

While an assist from an electric motor would get a rider disqualified from a competitive cycling competition such as the Tour de France, the researchers were interested in studying whether or not pedelecs could help physically inactive non-cyclists achieve recommended daily fitness levels. 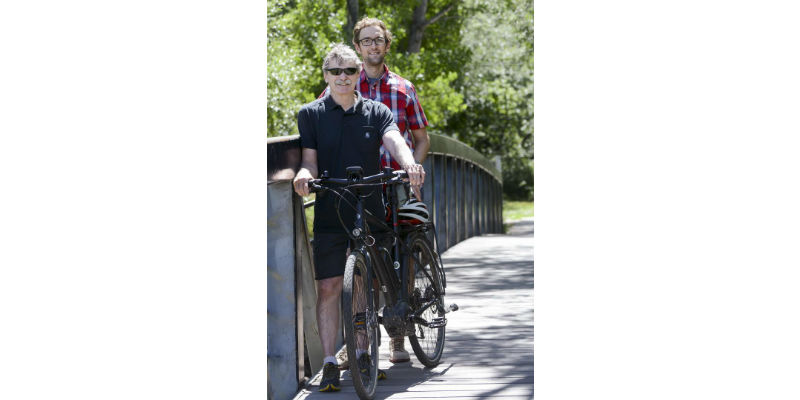 To conduct the study, the researchers recruited 20 non-exercising volunteers who were sedentary, i.e. car, commuters. The researchers tested various aspects of their health, including blood glucose regulation and fitness.

The volunteers were then asked to substitute their sedentary commute for riding their pedelec at the speed and intensity of their choice for a minimum of 40 minutes three times per week while wearing a heart monitor and a GPS device.

After a month, the volunteers came back to the lab and had their health tested again. The researchers noticed improvements in the riders’ cardiovascular health, including increased aerobic capacity and improved blood sugar control.

“Commuting with a pedelec can help individuals incorporate physical activity into their day without requiring them to set aside time specifically for exercise,” said James Peterman, a graduate researcher in the Department of Integrative Physiology at CU Boulder and lead author of the new study.

Pedelec bicycles are designed to provide motorized assistance up to speeds of 20 miles per hour. Above that speed, riders must provide all the pedaling power themselves. Based on GPS data, the riders involved in the study rode at an average speed of 12.5 miles per hour and reported no crashes or accidents.

Funding was provided by the National Institutes of Health, local groups, and the city of Boulder, which plans to use the research data to assist with a decision on whether to allow pedelecs on bike paths. The findings were published online in the European Journal of Applied Physiology.