Abuse of prescription opioid medicines used to treat chronic pain has reached epidemic proportions, so much that the White House has announced new efforts to combat addiction and prevent the thousands of overdose-related deaths reported in the U.S. each year.

But a University of Texas at Arlington research team has been working on an alternative solution: electrical stimulation of a deep, middle brain structure that blocks pain signals at the spinal cord level without drug intervention. The process also triggers the release of beneficial dopamine, which may reduce the emotional distress associated with long-term pain, researchers said.

“This is the first study to use a wireless electrical device to alleviate pain by directly stimulating the ventral tegmental area of the brain,” said Yuan Bo Peng, UTA psychology professor. “While still under laboratory testing, this new method does provide hope that in the future we will be able to alleviate chronic pain without the side effects of medications.” 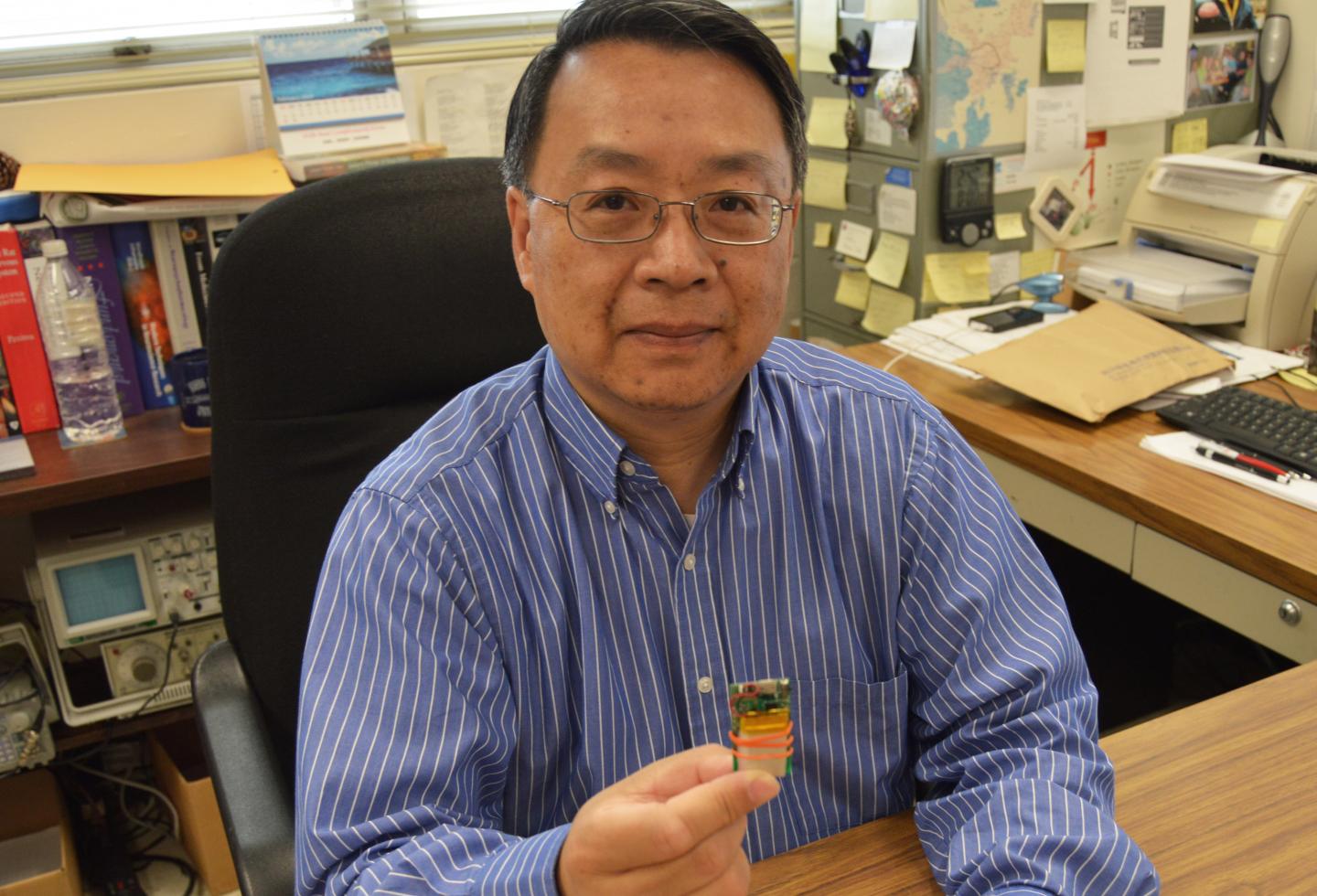 The project was supported partly by grants received from the Texas Norman Hackerman Advanced Research Program, Intel Corp. and the Texas Medical Research Collaborative, a research partnership among universities, health care providers and corporations that gives grants to jump-start research around real-world problems.

Nearly two million Americans abused or were dependent on opioid medicines in 2014, and 165,000 died between 1999 and 2014 from overdoses related to opioid prescriptions, according to the Centers for Disease Control.

In their experiments, Peng and Chiao used their patented custom-designed wireless device to demonstrate that stimulation of the ventral tegmental area reduced the sensation of pain. They also confirmed that this stimulation reduced pain signals in the spinal cord, effectively blocking the perception of pain.

Morteza Khaledi, dean of the UTA’s College of Science, commended the researchers on this important work.

Chiao has constant pain from slipped discs and pinched nerves in his neck and also witnessed his uncle suffer after chemotherapy for prostate cancer. His uncle used an early implant device to electrically stimulate his spinal cord and relieve the pain. The technology was the best available, but he had to manually change the stimulation dosages every 15 minutes, and suffered without much sleep before he passed away.

These difficult experiences have fueled Chiao and Peng’s decade-long commitment to finding a solution for chronic pain by devising advanced wireless implants that take patients out of the equation, treating their pain in the background as they go on with their lives. Dr. Peng initiated the idea and worked with Chiao, Yang and other researchers to develop new technology, methods and knowledge across disciplines.

Peng has specialized in pain relief throughout his career. He was a medical doctor and holds a doctorate in neuroscience from University of Texas Medical Branch in Galveston. He has held postdoctoral fellowships focused on pain at Johns Hopkins Medical Institute, as well as the National Institute of Dental and Craniofacial Research, the National Institutes of Health, and the Department of Health and Human Services.

Other participants in this research were Ai-Ling Li, a postdoctoral fellow in Indiana University who earned her psychology doctorate with Peng at UTA, and Jiny Sibi, a medical student at the University of Texas Medical Branch in Galveston, who was previously an undergraduate student in Peng’s laboratory at UTA.

“Until this study, the ventral segmental area of the brain was studied more for its key role in positive reinforcement, reward and drug abuse,” said Peng. “We have now confirmed that stimulation of this area of the brain can also be an analgesic tool.”