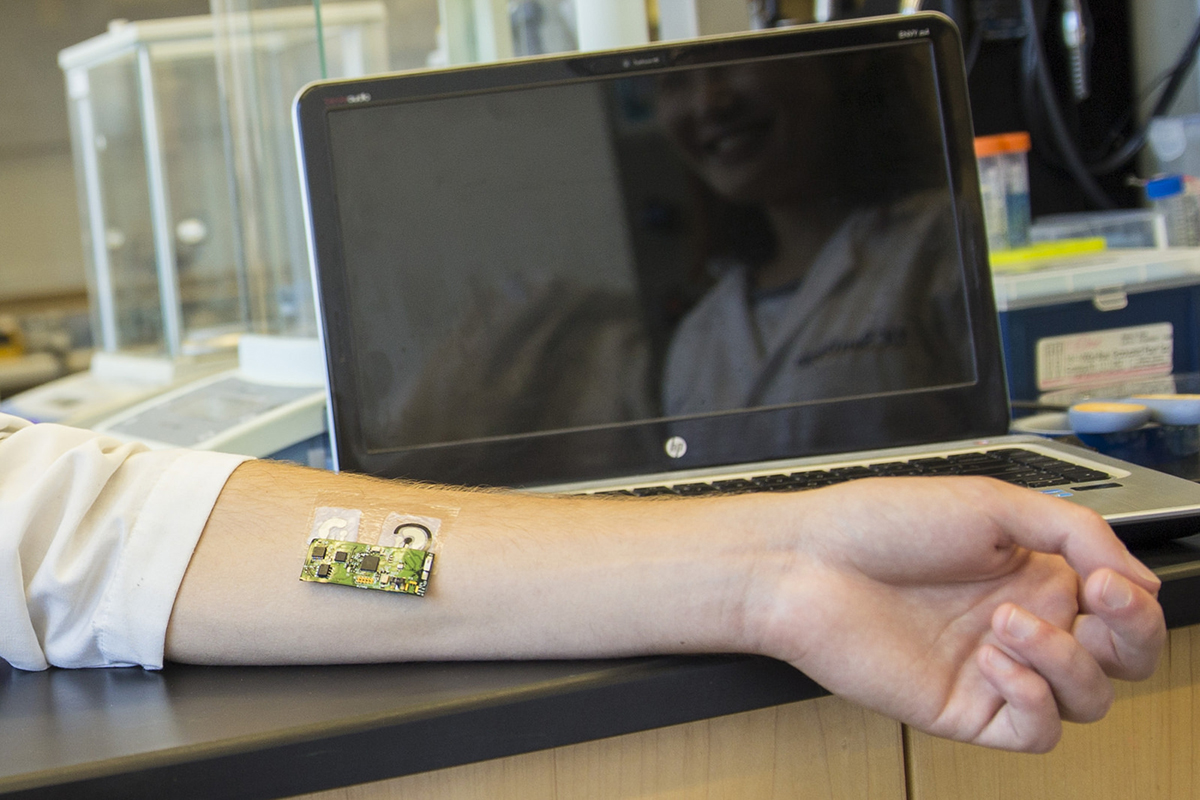 Engineers at the University of California San Diego have developed a flexible wearable sensor that can accurately measure a person’s blood alcohol level from sweat within 15 minutes and transmit the data wirelessly to a laptop, smartphone or other mobile device. The device can be worn on the skin and could be used by doctors and police officers for continuous, non-invasive and real-time monitoring of blood alcohol content.

The device consists of a temporary tattoo—which sticks to the skin, induces sweat and electrochemically detects the alcohol level—and a portable flexible electronic circuit board, which is connected to the tattoo by a magnet and can communicate the information to a mobile device via Bluetooth. The work, led by nanoengineering professor Joseph Wang and electrical engineering professor Patrick Mercier, both at UC San Diego, was published recently in the journal ACS Sensors.

Recent research has shown that blood alcohol concentration can also be estimated by measuring alcohol levels in what’s called insensible sweat—perspiration that happens before it’s perceived as moisture on the skin. But this measurement can be up to two hours behind the actual blood alcohol reading. On the other hand, the alcohol level in sensible sweat—the sweat that’s typically seen—is a better real-time indicator of the blood alcohol concentration, but so far the systems that can measure this are neither portable nor fit for wearing on the body.

The tattoo works first by releasing pilocarpine to induce sweat. Then, the sweat comes into contact with an electrode coated with alcohol oxidase, an enzyme that selectively reacts with alcohol to generate hydrogen peroxide, which is electrochemically detected. That information is sent to the electronic circuit board as electrical signals. The data are communicated wirelessly to a mobile device. 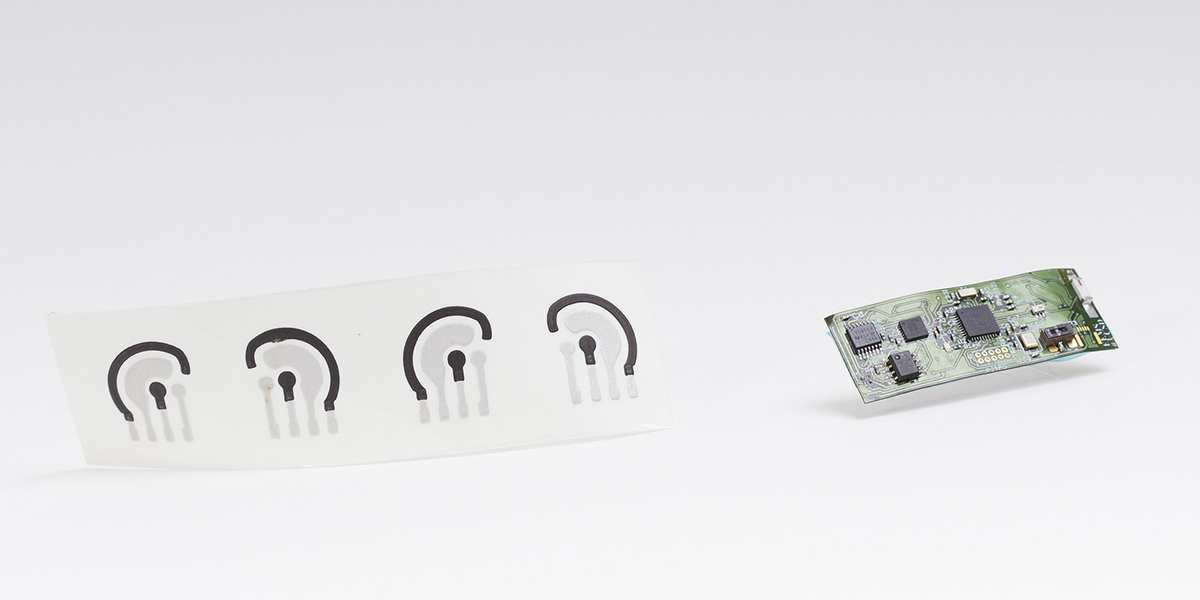 “Lots of accidents on the road are caused by drunk driving. This technology provides an accurate, convenient and quick way to monitor alcohol consumption to help prevent people from driving while intoxicated,” Wang said. The device could be integrated with a car’s alcohol ignition interlocks, or friends could use it to check up on each other before handing over the car keys, he added.

“When you’re out at a party or at a bar, this sensor could send alerts to your phone to let you know how much you’ve been drinking,” said Jayoung Kim, a materials science and engineering PhD student in Wang’s group and one of the paper’s co-first authors.

Wang and Mercier, the director and co-director, respectively, of the UC San Diego Center for Wearable Sensors, collaborated to develop the device. Wang’s group fabricated the tattoo, equipped with screen-printed electrodes and a small hydrogel patch containing pilocarpine, a drug that passes through the skin and induces sweat.

“This device can use a Bluetooth connection, which is something a breathalyzer can’t do. We’ve found a way to make the electronics portable and wireless, which are important for practical, real-life use,” said Somayeh Imani, an electrical engineering PhD student in Mercier’s lab and a co-first author on the paper.

As a next step, the team is developing a device that could continuously monitor alcohol levels for 24 hours.