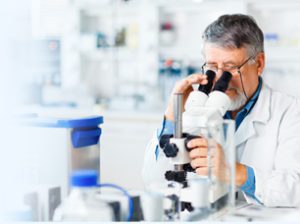 The growth of the global renal dialysis market, which encompasses both the service and equipment segments and is set to expand to $101.9 billion by 2022, will be largely driven by emerging markets such as China, Brazil and India over the next seven years.

The growth of the global renal dialysis market, which encompasses both the service and equipment segments, was valued at $77 billion in 2015, and is set to expand to $101.9 billion by 2022, will be largely driven by emerging markets such as China, Brazil and India over the next seven years, according to an analyst with research and consulting firm GlobalData.

As explored in GlobalData’s recent renal dialysis equipment market report, Asia-Pacific countries will see stronger growth in the renal dialysis equipment segment than any other region. A similar trend will apply to the dialysis service segment, as China and India, along with Brazil, will be responsible for approximately 60% of patient growth over the next seven years, and by 2022, these markets will account for more than 43% of the dialysis population.

“From these figures, it is clear that it is essential for global dialysis companies to tap into the market in developing countries, in order to keep ahead of the competition and create profitable growth,” said Tina Deng, an analyst for GlobalData.

Despite this, it is difficult to obtain licenses for operating private dialysis centers in developing countries like China, where such centers are rare and there are no national standards for their establishment. DaVita has attempted to penetrate the Chinese market by entering into a joint venture with Shunjing Renal Hospital in eastern China, with an aim of building dialysis chains in the future.

“Low-cost products are the other key catalyst for success in the developing countries,” Deng said. “Fresenius Medical Care, for example, opened an R&D center in Shanghai, China, in November 2015, and announced an investment of $100 million towards the development of high-quality basic renal therapies at affordable costs.”