When the FDA announced 510(k) clearance for Ethicon’s Enseal X1 Large Jaw Tissue Sealer in the fall, it was the culmination of a lengthy journey for the manufacturer. The device was four years in the making and incorporated the feedback of over 200 surgeon interviews into its development.

According to Grace Chung, the vice president of energy global strategic marketing at Ethicon, that preliminary work is paying off in the response from the surgical community.

“Surgeons are highlighting the ease of use of this instrument, they’re talking about the clear feeling of better design in the ergonomics of the instrument, and they are praising the separate cut and seal technology,” Chung says.

Designed to meet surgeons’ needs during open procedures such as colectomies and hysterectomies, the Enseal X1 has had strong results in the field.

“Surgeons and non-clinical stakeholders are looking for innovation that brings clinical evidence to add to the outcomes in patient care, during surgery and post-surgery,” says Chung.

The results thus far are consistent with the pre-clinical data associated with the device. Chung says Ethicon was seeing close to 88 percent better hemostasis in thick tissue when compared against similar devices offered by the manufacturer’s competitors. 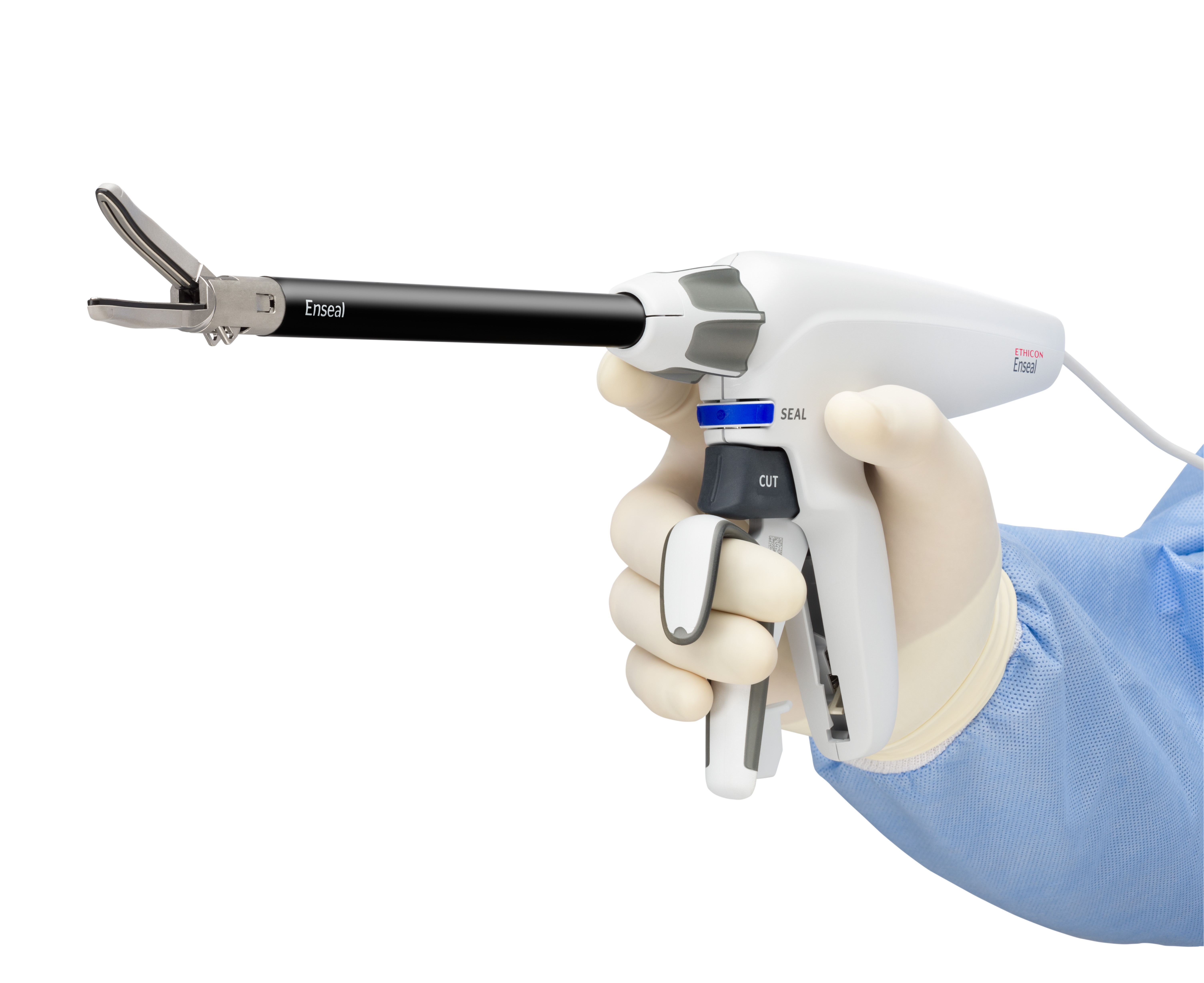 Ira S. Frye, MD, a gynecologic surgeon with McLaren Medical Group, says the design of the Enseal X1 allowed him to take a minimally invasive approach on a specific procedure that otherwise would have been resistant to such a clinical path.

“We used it on a very large case,” Frye reports. “The average uterus is about 70 to 80 grams. The case I used it on was a uterus that in the operating room weighed 1210 grams. I did a laparoscopic-assisted vaginal hysterectomy. We were able to do that case minimally invasive due to the vessel-sealing technology. With two millimeters of thermal spread, I felt more confident that I could safely get in closer in areas and I could take the large blood vessels without worrying about spreading and hitting something that we didn’t want to. It performed great.”

The improved ergonomic design touted by Ethicon was evident, according to Frye. In particular, he noted that the Enseal X1 should be comfortable for physicians with smaller hands, potentially a major benefit as more female surgeons pursue obstetrics and gynecology as a focus.

Frye also notes he became adept with the device very quickly, estimating that most surgeons will be locked in with a single procedure.

“I want to make sure that with any device I know the ins and outs before I use it on a patient. And I found this to be one of the easiest devices to operate,” he says.

The bottom line is always patient care, and Frye maintains the Enseal X1 represents one of those advances that that will help him move decisively towards minimally invasive surgery for one his most common procedures.

“Because of devices like this, I can actually send my hysterectomies home the same day,” he says.

That result is precisely what Ethicon intended to deliver.

“With our clinical stakeholders, absolutely what they’re looking for is innovation that brings evidence to add to the outcomes in patient care,” says Chung. “They want to make sure that we bring innovation, but that it really makes a difference during surgery and in patient care post-surgery.”