The nation’s largest pharmacy benefit manager will soon limit the number and strength of opioid drugs prescribed to first-time users as part of a wide-ranging effort to curb an epidemic affecting millions of Americans.

But the new program from Express Scripts is drawing criticism from the American Medical Association, the largest association of physicians and medical students in the U.S., which believes treatment plans should be left to doctors and their patients.

About 12.5 million Americans misused prescription opioids in 2015, according to the U.S. Department of Health and Human Services. More than 33,000 deaths that year were blamed on opioid overdoses.

Mahon says analysis of 106,000 patients in the pilot program showed a 38 percent reduction in hospitalizations and a 40 percent reduction in emergency room visits, compared to a control group. The program is scheduled to take effect nationwide on Sept. 1 for Express Scripts members whose employer or health insurer has enrolled to participate. 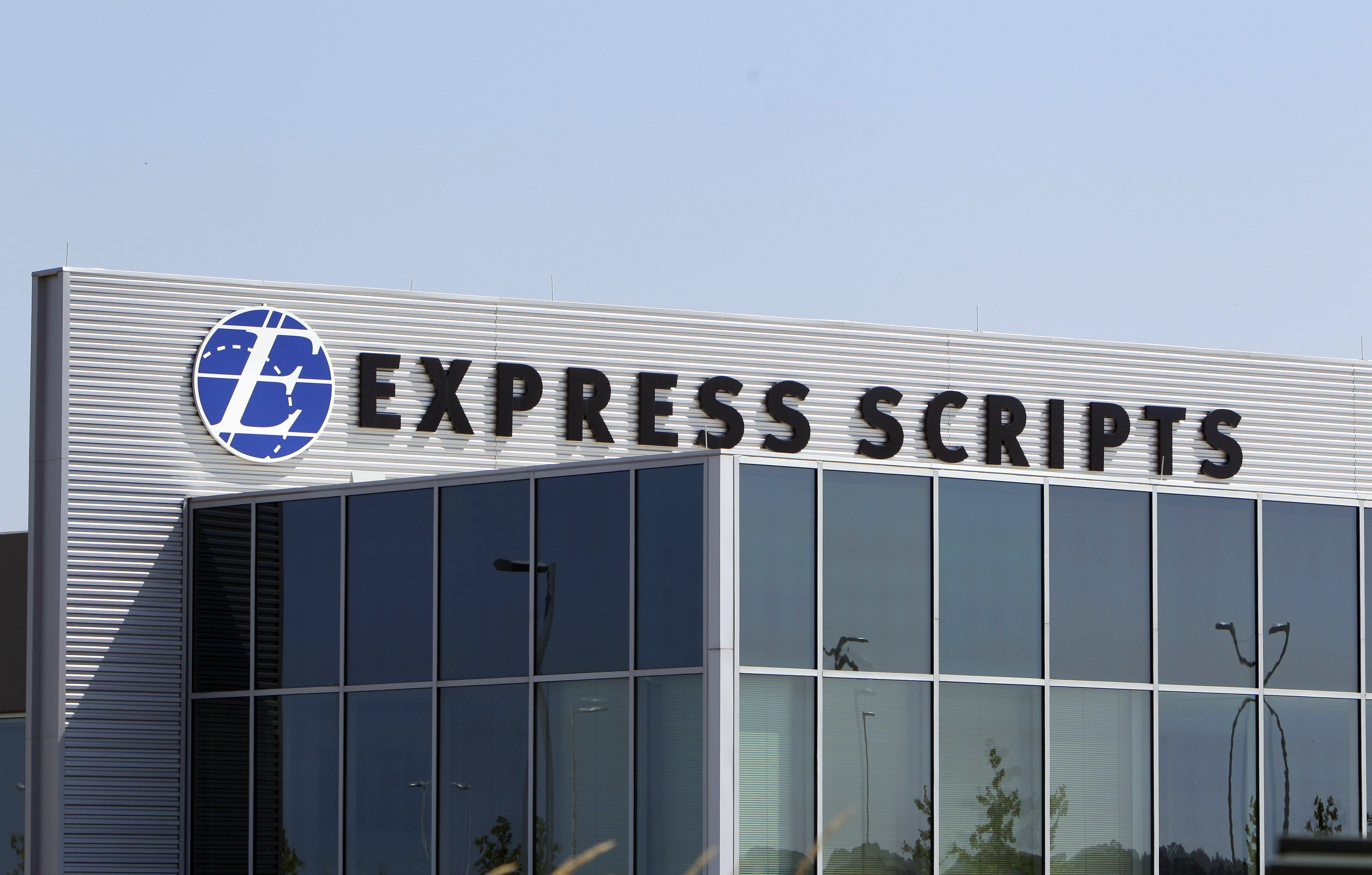 This July 21, 2011, file photo shows a building on the Express Scripts campus in Berkeley, Mo. Express Scripts, the nation’s largest pharmacy benefits manager, will limit the number and strength of opioid drugs prescribed to first-time users starting in September 2017 as part of a wide-ranging effort to curb an epidemic affecting millions of Americans. The new program is drawing criticism from the American Medical Association. (AP Photo/Jeff Roberson, File)

Under the program, new opioid users are limited to seven-day prescriptions, even if the doctor orders scripts for much longer. Mahon said the average prescription is for 22 days.

The program also requires short-acting drugs for first-time opioid prescriptions, even though many doctors prescribe long-acting opioids. Dosage is also limited, and the company will monitor and try to prevent for patterns of potential “pill shopping,” where a patient goes from doctor to doctor to collect prescriptions.

The program does not apply to patients in hospice or palliative care, or to cancer patients.

A competitor, CVS Caremark, has a similar program.

“A lot of times physicians are prescribing these drugs blindly,” Mahon says. “They don’t know that a patient may be going to see multiple prescribers.”

She says some physicians “are actually appreciative and saying, ‘Thank you, I didn’t know this was happening.'”

Harris says doctors have reduced such prescriptions by 17 percent over the past couple of years and are directing patients to other forms of pain management, including physical therapy and cognitive behavioral therapy.

“We want to be pro-active in making sure the alternatives are available, versus a sort of blunt, one-size-fits-all-all approach regarding the number of prescriptions,” Harris says. “The AMA’s take has always been that the decision about a specific treatment alternative is best left to the physician and their patient.”

Express Scripts says that if a doctor wants a patient to have more than a seven-day supply of medication, he or she can request it. Harris says those additional steps create an administrative burden for the doctor, “but more importantly they delay care for the patient.”

Harris says the AMA has not contacted Express Scripts to raise concerns about the program or taken any action to stop it.

The U.S. Food and Drug Administration already requires label warnings about misuse on all prescription medications, but Express Scripts will take the additional step of sending a letter to new opioid patients warning about the dangers of misuse and addiction.

CVS Caremark already has a 10-day limit on opioids and limits the dosage, the company says. Patients must start on short-acting drugs, and physicians are required to regularly assess patients using opioid prescriptions.

CVS Caremark also has a monitoring process to identify pill shopping and other forms of misuse or fraud, and works with its retail pharmacies to review “prescribing trends and irregular behavior and with physicians to ensure appropriate therapy for patients with chronic pain,” spokeswoman Christine Cramer said in an email.