A Vermont health care organization working to keep patients healthier while reducing costs is being closely watched because of its rate of success — it was within 1 percent of meeting its financial target in its first year and has now been expanded to cover about 18 percent of the state’s population, officials said.

The long-term goal is to expand it so that about 70 percent of health care services provided in Vermont are covered by the system, which encourages patients to stay healthier using specialized care, such as helping them manage chronic conditions like diabetes so they don’t wind up needing more expensive treatment. Officials consider 70 percent a realistic goal.

Twelve states have Medicaid programs using variations of the model being used in Vermont, and another nine are planning them, said John McDonough, a health care policy expert at the Harvard T.H. Chan School of Public Health.

“Vermont’s is an important and watched experiment among state health policy experts,” said McDonough, who noted the state’s effort is being discussed in health care journals , at conferences and among experts. He called being within 1 percent of the financial target “an impressive and important achievement.” 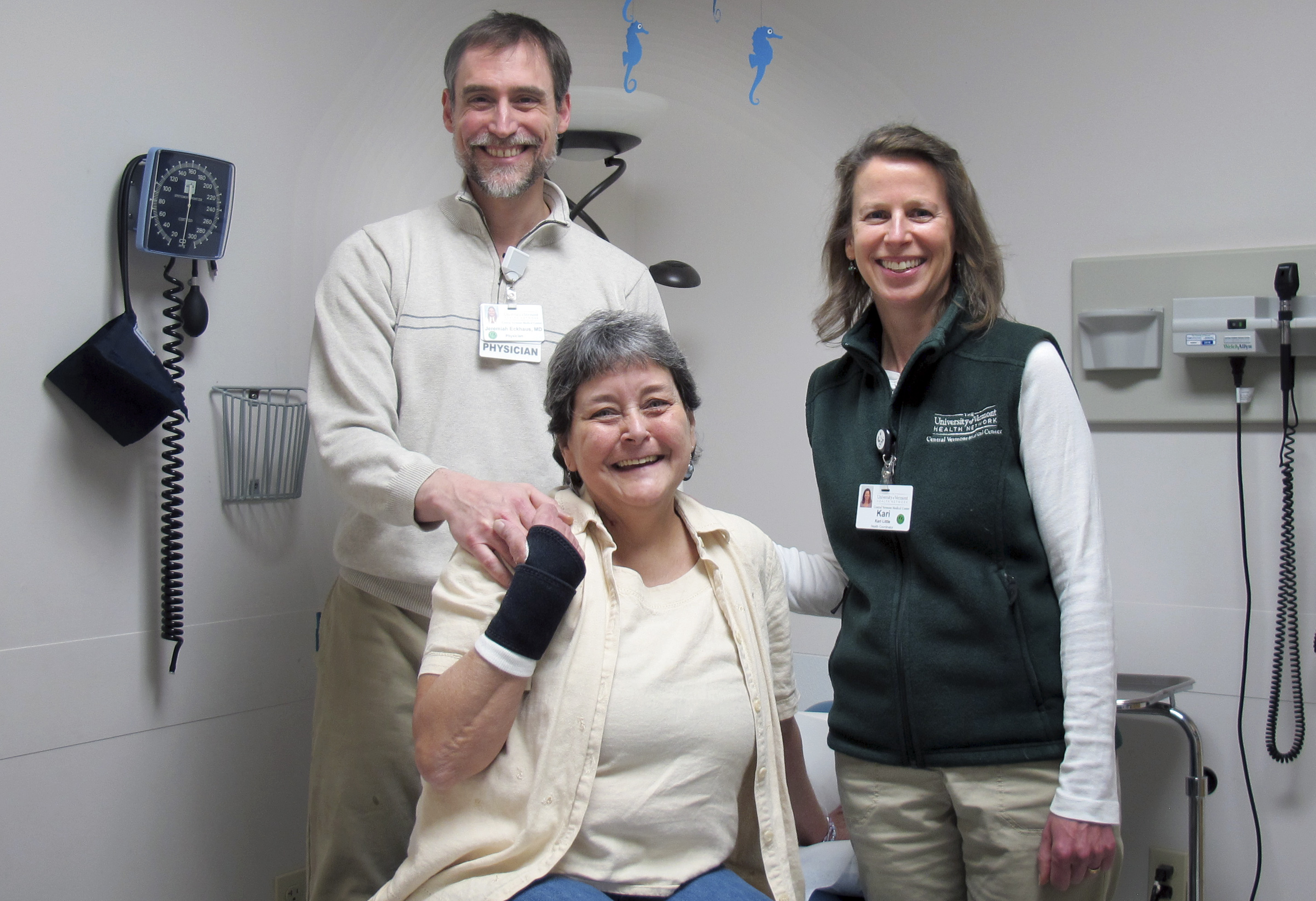 In this Feb. 16, 2018 photo, Dr. Jeremiah Eckhaus, left, Toni Potvin, center, and social worker Kari Little, right, pose in a doctor’s office in Montpelier, Vt. Potvin has been working for years with Eckhaus and Little to help her recover from liver disease. She is now part of a program that rewards a provider for keeping patients healthy, rather than for the services they provide. (AP Photo/Wilson Ring)

In a switch from when providers were paid for each service performed, providers are allocated a set amount of money to cover the people in the program. This year, $580 million has been allocated to OneCare Vermont, an organization of health care providers tasked by the state with carrying out the spirit of the program.

It’s essentially an incentive for doctors and the companies that employ them. There are limits to both the risk and the possible benefit, but when the care costs less than the amount allocated, providers can keep the difference. Conversely, when it costs more, they have to make up for it.

In addition to traditional health care, such programs also focus on “social determinants of health,” such as housing, transportation and nutrition, which frequently have more to do with health than available medical care, McDonough said.

Toni Potvin, 57, of Northfield, Vermont, who has used alcohol excessively on and off throughout her life, has worked closely in recent years with her doctor and a social worker who helps her manage her care, even to the point of ensuring she has rides to appointments.

“I was on my deathbed, pretty much,” five years ago, Potvin said.

Now, with her health care being provided through OneCare Vermont, she is also working with a social worker whose job has been to help her navigate her treatment, understands it, follows doctor’s orders and gets to her appointments.

It’s difficult to calculate how much Potvin’s care might have cost under the old system, Eckhaus said, but she probably would have at some point ended up in an emergency room, a notoriously expensive proposition.

Even private insurers and government programs like Medicare have been turning more in recent years to programs that reimburse providers for keeping patients healthy instead of paying to fix people when they become sick.

Aside from warding off expensive hospital stays or emergency room visits, insurers say this approach cuts down on overuse of care that happens when insurers pay a fee for each service a doctor or hospital performs.

Over time, they hope the approach helps rein in medical expenses that regularly outpace inflation.

During the first year of Vermont’s program, 2017, about $82 million in Medicaid spending was allocated for the 24,000 people in the program, said Vicki Loner, the vice president and chief operating officer of OneCare Vermont.

“Right now it looks like we are within 1 percent of meeting those total targets, and it could be 1 percent in either direction,” Loner said. “I think that for all intents and purposes, for me that’s pretty spot on.”