The family of a 2-year-old Nebraska boy who was killed by an alligator at Walt Disney World last year has created a foundation to help families with children receiving organ transplants.

Matt Graves said Wednesday that after their son Lane’s death, they wanted to help other families fighting for their children’s lives. Melissa Graves dried tears from her eyes while her husband spoke.

“Lane had a very special light about him. We promised him at his wake we would turn this tragedy into good for many families,” Matt Graves said.

Lane was playing on a beach outside Disney’s Grand Floridian Resort and Spa last year when an alligator grabbed him and dragged him into the lake. Matt Graves jumped into the water to try to rescue his son but was unable. Lane’s body was found 16 hours later.

The Lane Thomas Foundation will help pay travel and living expenses for families with children being treated in Omaha at Children’s Hospital or Nebraska Medicine. 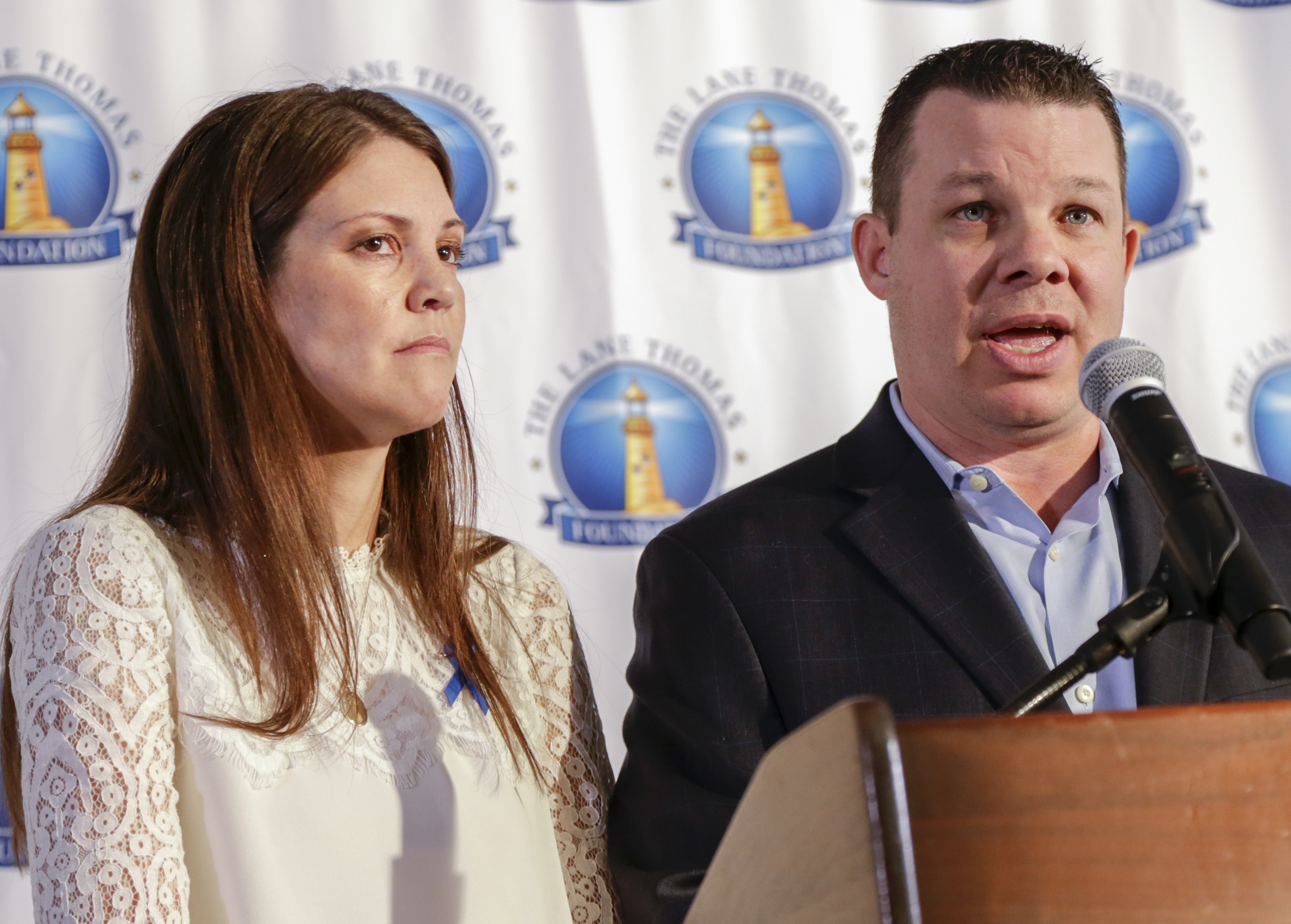 Matt and Melissa Graves, parents of Lane Thomas, the 2-year-old Nebraska boy who was killed by an alligator last year at Walt Disney World, speak at a news conference in Omaha, Neb., Wednesday, Sept. 27, 2017. They have created a foundation to help families with children receiving organ transplants. (AP Photo/Nati Harnik)

Transplant families often have to spend weeks or months in Omaha after an operation, and the long recovery time often forces one parent to quit a job to be with the child. Fifteen families have already received financial support from the foundation for non-medical expenses this year.

“It just took a burden off my chest,” said Violeta Miranda, whose 10-year-old son is recovering from a multi-organ transplant of a liver, small bowel and pancreas. She said the money from the foundation helped her focus more on her son instead of worrying about expenses back home in Albuquerque, New Mexico.

“It allows parents to just be parents and take care of their sick child,” Langnas said.

In addition to helping pay families expenses, the Lane Thomas Foundation is also encouraging parents to think about whether they would donate their child’s organs, so they would be better prepared if they ever face the question.