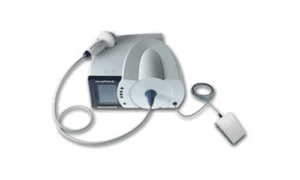 The FDA announced today that it has cleared the Dermapace System diabetic foot ulcer treatment device for market.

Dermapace System is the first shockwave device to treat foot ulcers caused by diabetes, according to the device’s creator Sanuwave.

“Diabetes is the leading cause of lower limb amputations,” Binita Ashar, director of the division of surgical devices in FDA’s Center for Devices and Radiological Health, said in a press release. “The FDA is dedicated to making technologies available that can help improve the quality of life for those with chronic diseases. Additional options for successfully treating and healing ulcer wounds may help prevent lower limb amputations.”

About 30.3 million Americans were known to have been diagnosed with diabetes in 2015, according to the American Diabetes Association. Blood vessels and nerves in the feet get damaged from diabetes and can cause infections. According to the FDA, 25% of people who have diabetes will also experience a foot ulcer in their lifetime. If gone untreated, a foot amputation may be needed.

The Dermapace System is designed to treat chronic full-thickness diabetic foot ulcers with wound areas that are smaller than 16 sq. cm, or smaller than the size of the top of a soda can. The foot ulcers extend through the epidermis, dermis, tendon or capsule. The Dermapace System is uses an external shockwave system to stimulate the wound. Pulses of energy like soundwaves help stimulate ulcers in patients 22 years and older with ulcers that have lasted more than 30 days.

In a clinical study, 336 diabetic patients who were receiving the usual diabetic ulcer care were given the Dermapace System as well or a placebo shockwave therapy. Patients who had between one and seven treatments using the Dermapace System had increased wound healing at 24 weeks and a 44% wound closure rate. Patients who received the placebo shockwave therapy had a 30% wound closure rate in the same 24-week time period.