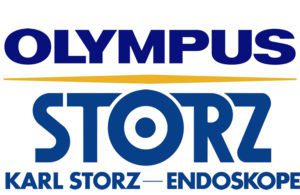 The FDA said today that is looking into the causes of infections from reprocessed urological endoscopes based on “numerous” adverse event reports.

The agency said that since 2017 it has received more than 450 medical device reports — including three deaths — associated with reprocessed cystoscopes, ureteroscopes and cystourethroscopes used for viewing and accessing the urinary tract. The reports describe post-procedure infections or “other possible contamination issues” associated with cleaning and disinfecting the devices.

Olympus and Karl Storz were the companies whose scopes were named in most of the reports that included a manufacturer name, the FDA said. The agency added that it has not concluded that such risks are limited to a particular manufacturer’s devices nor that any specific manufacturer or brand of these devices is associated with higher risks than others.

Olympus submitted the three death reports about patients outside of the U.S. who developed Pseudomonas aeruginosa infections post-procedure. Two of the death reports were associated with the use of the MAJ-891 forceps/irrigation plug, an accessory used to control water flow and enable access to the working channel of the endoscope. Olympus reported that the isolates from clinical samples matched strains of Pseudomonas aeruginosa isolated from the forceps/irrigation plug, the FDA said.

The agency added that it did not know whether or to what degree the reported infections contributed to the patient deaths, adding that patient comorbidities may have been a factor.

“Olympus fully supports the FDA recommendations and appreciates the agency’s recognition that the risk of infection related to the use of reusable urological endoscopes is low,” Olympus spokesperson Stephanie Sherry said in an email to Medical Design & Outsourcing. “Still, we recognize the seriousness of reported infections, and we are committed to providing the support, training, and education needed to facilitate user compliance with reprocessing instructions.

Karl Storz did not respond to a request for comment.

Of the total number of adverse event reports, some indicate possible inadequate reprocessing or maintenance issues. The agency said it is looking into those and also considering the reprocessing instructions in the labeling and device design.

“Although the FDA is early in our evaluation, based on the available data we believe the risk of infection is low,” the agency said in a letter to healthcare providers. “The FDA is emphasizing the importance of following the manufacturer’s labeling and reprocessing instructions for these devices, including accessory components, for cleaning and subsequent processing to minimize the risk of infection.”

The FDA made several recommendations to healthcare providers.

This article has been updated with comments from Olympus.