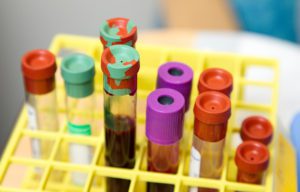 (Image by the National Cancer Institute on Unsplash)

Early in the pandemic, when the numbers of asymptomatic COVID-19 cases were mounting, officials at the FDA decided to authorize the use of serology tests that laboratories had validated but that the agency hadn’t actually reviewed.

Now two FDA officials are admitting that this was a mistake, but one the agency has learned from. In an article published in the New England Journal of Medicine, two top officials of the FDA’s Center for Devices and Radiological Health (CDRH) said that the agency was trying to slow the spread of SARS-CoV-2, the virus that causes COVID-19, by using the results of serology tests to screen for antibodies for the virus.

It published guidance that permitted developers to market their laboratory-validated tests without an emergency use authorization (EUA). Those laboratories had to be certified by CMS to perform high-complexity testing under the Clinical Laboratory Improvement Amendments (CLIA) and meet some other requirements.

“We planned to revisit this policy after authorizing several serology tests,” wrote CDRH director Jeffrey Shuren and Timothy Stenzel, director of CDRH’s Office of Health Technology. “In hindsight, however, we realized that the policy outlined in our March 16 guidance was flawed.”

Some tests performed poorly, but then-President Donald Trump and other federal officials began publicly endorsing the usefulness of COVID antibody tests as keys to reopening the economy and CMS began paying for them.

“By the end of April, 164 commercial manufacturers had notified the FDA that they had introduced serology tests,” Shuren and Stenzel wrote. “This series of events differed from our experience with commercially manufactured diagnostic tests. In that case, very few tests were offered under notification; manufacturers generally marketed their own tests, rather than products made by other, typically non-U.S. manufacturers, as occurred with some serology tests; and false claims and data falsification were much less common.”

The FDA changed its policy on May 4 so it could evaluate the science behind all commercially distributed COVID serology tests and assess their claims of validity. As of February 1, 2021, the FDA had removed listings for 225 tests from its website, issued 15 warning letters, and placed 88 firms on import alert for violations.

Shuren and Stenzel also outlined lessons learned from the experience and steps they believe the agency should take to prevent such a situation from recurring.

You can read the full article here.

The FDA said in January that it had authorized more than 300 COVID-19 diagnostic test and collection kits in 2020, but advances in testing for the virus over the has not come without hitches.

Following the rollout of diagnostic tests, a number of misleading results, including both false-positives and false-negatives, appeared across the country, leading to FDA warnings and even the revoking of emergency use authorization in some cases.

Still, developments are being made in the testing space, namely in terms of speed for result turnaround and convenience. In December 2020, the FDA granted EUA for the Ellume COVID-19 Home — the first fully at-home test for the novel coronavirus that the agency is authorizing for over-the-counter sales.