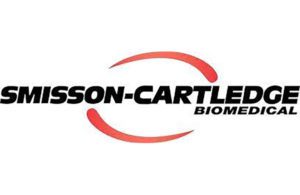 The FDA today declared that the recall of an emergency infusion device kit is the most serious type.

The recall covers three models of disposable sets made by Smisson-Cartledge Biomedical for its ThermaCor 1200 rapid infuser, which is used for fluid or bolus delivery. The system is made of a footswitch for hands-free fluid control, a fluid delivery device and a single-use disposable set with supply lines that can be used with intravenous (IV) bags or surgical equipment, according to the FDA.

The company initiated the recall on Feb. 18, 2021, because the cassette part of the disposable set, which warms fluids directly with an aluminum plate, may leak aluminum into the fluids and expose patients to high levels of the metal, the agency said in a news release. The recall is specific to the disposable cassette portion of the device, not to the full pump. Use of the affected product could cause increased exposure to aluminum ions, which could lead to bone or muscle pain and weakness, anemia, seizures or coma, the FDA added.

There have been no complaints, reports of injuries, or deaths related to this device issue, but neonates, infants, pregnant women and the elderly are at particular risk, as are patients with poor renal function or on dialysis the agency said.