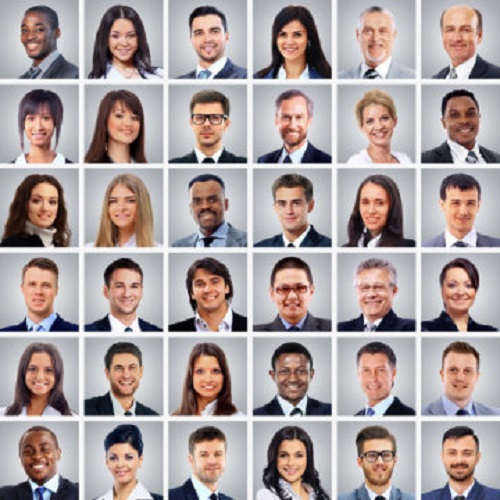 Researchers from KU Leuven (Belgium) and the universities of Pittsburgh, Stanford, and Penn State (US) have identified fifteen genes that determine our facial features. The findings were published in Nature Genetics.

Our DNA determines what we look like, including our facial features. That appeals to the popular imagination, as the potential applications are obvious. Doctors could use DNA for skull and facial reconstructive surgery, forensic examiners could sketch a perpetrator’s face on the basis of DNA retrieved from a crime scene, and historians would be able to reconstruct facial features using DNA from days long gone.

But first, researchers need to figure out which genes in our DNA are responsible for specific characteristics of our face. “We’re basically looking for needles in a haystack,” says Seth Weinberg (Pittsburgh). “In the past, scientists selected specific features, including the distance between the eyes or the width of the mouth. They would then look for a connection between this feature and many genes. This has already led to the identification of a number of genes but, of course, the results are limited because only a small set of features are selected and tested.”

In a new study conducted by KU Leuven in collaboration with the universities of Pittsburgh, Stanford and Penn State, the researchers adopted a different approach. “Our search doesn’t focus on specific traits,” lead author Peter Claes (KU Leuven) explains. “My colleagues from Pittsburgh and Penn State each provided a database with 3D images of faces and the corresponding DNA of these people. Each face was automatically subdivided into smaller modules. Next, we examined whether any locations in the DNA matched these modules. This modular division technique made it possible for the first time to check for an unprecedented number of facial features.”

The scientists were able to identify fifteen locations in our DNA. The Stanford team found out that genomic loci linked to these modular facial features are active when our face develops in the womb. “Furthermore, we also discovered that different genetic variants identified in the study are associated with regions of the genome that influence when, where and how much genes are expressed,” says Joanna Wysocka (Stanford). Seven of the fifteen identified genes are linked to the nose, and that’s good news, Peter Claes (KU Leuven) continues. “A skull doesn’t contain any traces of the nose, which only consists of soft tissue and cartilage. Therefore, when forensic scientists want to reconstruct a face on the basis of a skull, the nose is the main obstacle. If the skull also yields DNA, it would become much easier in the future to determine the shape of the nose.”

In any case, the four universities will continue their research using even bigger databases.

But we must not get ahead of ourselves, says Mark Shriver (Penn State): “We won’t be able to predict a correct and complete face on the basis of DNA tomorrow. We’re not even close to knowing all the genes that give shape to our face. Furthermore, our age, environment, and lifestyle have an impact on what our face looks like as well.” Peter Claes (KU Leuven), who specialises in computational image analysis, points out that there are other potential applications as well: “With the same novel technology used in this study, we can also link other medical images — such as brain scans — to genes. In the long term, this could provide genetic insight into the shape and functioning of our brain, as well as in neurodegenerative diseases such as Alzheimer’s.”