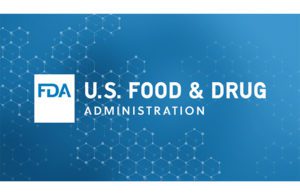 Every five years, the FDA, the medtech industry and the public sit down and hammer out how the agency should spend the money it collects in fees from medical device developers seeking approvals and clearances.

Negotiations on MDUFA V were scheduled for April 2020 but were waylayed by the pandemic. Following an initial stakeholder meeting in October, the FDA now says the virtual monthly meetings may begin in March. Congress must pass by MDUFA V by September 2022, when the current user fee law expires.

Before Congress can reauthorize the amendment, the FDA must consult with the regulated industry and make recommendations to lawmakers about its goals for the process of reviewing device applications. The agency issued its official invitation today to interested parties to register for virtual monthly meetings where they can try to influence the direction of the amendment. Registration deadline is February 26, 2021.

A couple of those interested parties told Medical Design & Outsourcing what they want out of MDUFA V.

Medical device companies have invested $1.2 billion in user fees set by MDUFA IV, according to Medical Device Manufacturers Association (MDMA) executive director Mark Leahey. Some of the goals laid out in the current law weren’t met before COVID-19 hit and others were compounded by the pandemic, Leahey added. MDMA would like the FDA to fill jobs that the current user fee program funded, and decide what to do with the $100 million reserve fund of user fees that hasn’t been spent, he noted.

“Let’s get an assessment of all the investments we’re currently making and all of the dollars we’re currently paying, and if those investments haven’t been made, let’s start there,” Leahey said. “And if there are some additional, incremental, targeted investments that we could make to improve the process, we’re happy to consider those.

“For us it’s just consistency and transparency,” he said.  “The last user fee agreement, we surveyed our members and 95% of our members said the quality of the journey is more important than the quickness of the journey.”

Patrick Hope, executive director of the Medical Imaging & Technology Alliance (MITA), said these negotiations, which also include the Department of Health and Human Services, are “very involved.”