What if, instead of a black and white X-ray picture, a doctor of a cancer patient had access to colour images identifying the tissues being scanned? This colour X-ray imaging technique could produce clearer, more accurate pictures and help doctors give their patients more accurate diagnoses.

This is now a reality, thanks to a New-Zealand company that scanned, for the first time, a human body using a breakthrough colour medical scanner based on the Medipix3 technology developed at CERN. Father and son scientists Professors Phil and Anthony Butler from Canterbury and Otago Universities spent a decade building and refining their product.

Medipix is a family of read-out chips for particle imaging and detection. The original concept of Medipix is that it works like a camera, detecting and counting each individual particle hitting the pixels when its electronic shutter is open. This enables high-resolution, high-contrast, very reliable images, making it unique for imaging applications in particular in the medical field. 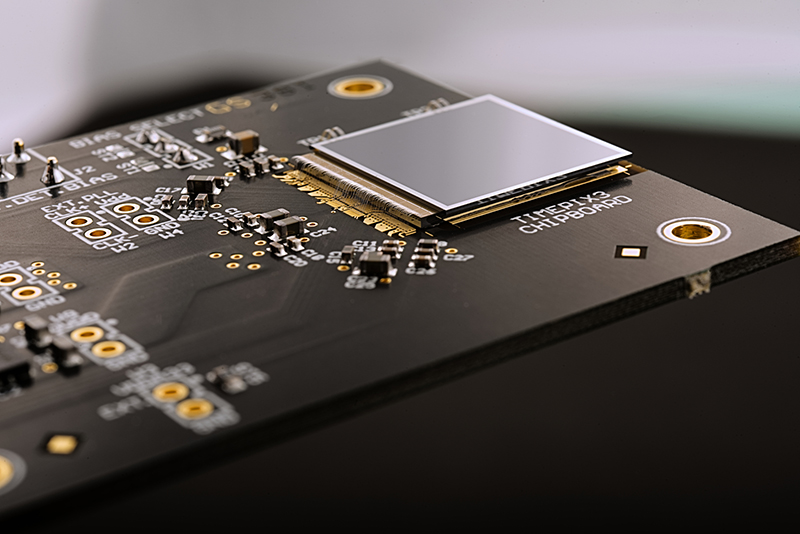 Timepix3, one of the read-out chips of Medipix. Credit: CERN

Hybrid pixel-detector technology was initially developed to address the needs of particle tracking at the Large Hadron Collider.

MARS Bioimaging Ltd, which is commercialising the 3D scanner, is linked to the University of Otago and Canterbury. The Medipix3 chip is an extremely advanced chip and Professor Phil Butler recognises that “this technology sets the machine apart diagnostically because its small pixels and accurate energy resolution mean that this new imaging tool is able to get images that no other imaging tool can achieve.”

MARS’ solution couples the spectroscopic information generated by the Medipix3 enabled detector with powerful algorithms to generate 3D images. The colours represent different energy levels of the X-ray photons as recorded by the detector hence identifying different components of body parts such as fat, water, calcium, and disease markers.

So far, researchers have been using a small version of the MARS scanner to study cancer, bone and joint health, and vascular diseases that cause heart attacks and strokes. “In all of these studies, promising early results suggest that when spectral imaging is routinely used in clinics it will enable more accurate diagnosis and personalisation of treatment,” Professor Anthony Butler says.

In the case of the 3D scanner, a license agreement has been established between CERN, on behalf of Medipix3 collaboration and MARS Bioimaging Ltd. As Aurélie Pezous, CERN Knowledge Transfer Officer states, “It is always satisfying to see our work leveraging benefits for patients around the world. Real-life applications such as this one fuels our efforts to reach even further.”

In the coming months, orthopaedic and rheumatology patients in New Zealand will be scanned by the revolutionary MARS scanner in a clinical trial that is a world first, paving the way to a potentially routine use of this new generation equipment. 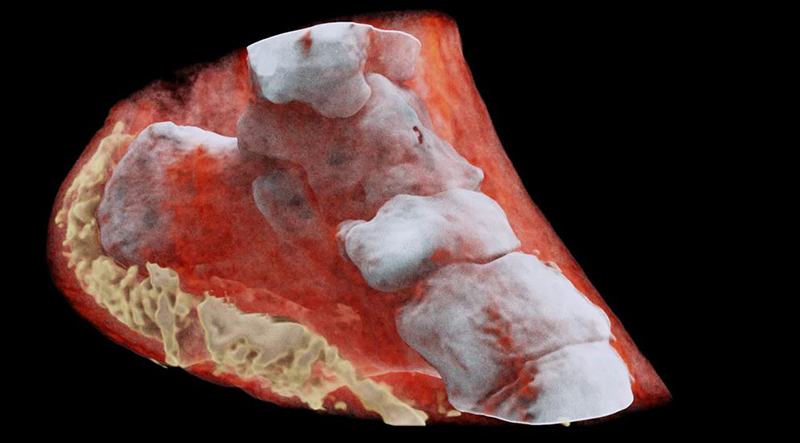