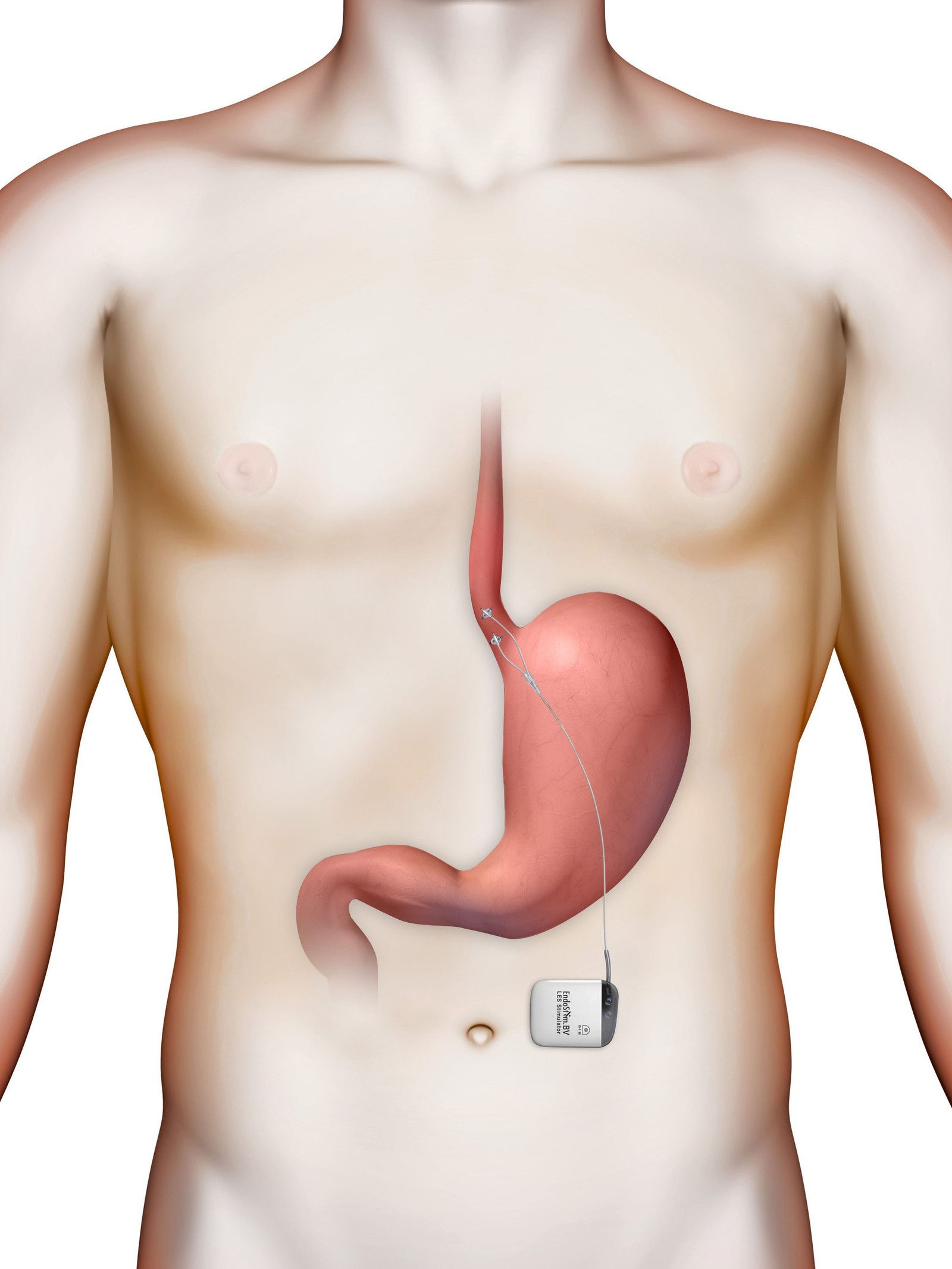 Vanderbilt University Medical Center (VUMC) and EndoStim, Inc., announced that the first patients in Nashville, Tennesse have been implanted with the EndoStim device in the Lower Esophageal Sphincter Stimulation for GERD (LESS GERD) trial. The EndoStim system is a minimally-invasive implantable device designed to provide long-term reflux control by restoring normal function to the esophagus through neurostimulation.

GERD affects nearly 65 million people in the United States. It occurs when stomach acid or other stomach contents flow back into esophagus, often caused by a weak valve, or sphincter, between the esophagus and the stomach called the lower esophageal sphincter (LES). Frequent and troublesome symptoms can include heartburn, regurgitation, sleep disruption, vocal impairment and respiratory complications. Most GERD is successfully treated with acid blocking medications such as proton pump inhibitors (PPI). However, nearly 30 percent of patients on PPI medication continue to suffer from symptoms. The traditional anti-reflux surgery is laparoscopic fundoplication surgery, a procedure in which the surgeon wraps the top of the stomach around the lower esophagus to reinforce the lower esophageal sphincter. While typically effective, fundoplication can cause significant side effects.

“GERD disrupts the lives of millions of Americans, and many continue to suffer from symptoms like heartburn and regurgitation even when taking PPI medications,” comments Dr. Vaezi, M.D. Ph.D., Professor of Medicine at VUMC  and a principal investigator in the study.

“We are excited to start the LESS GERD Clinical trial at Vanderbilt University Medical Center to generate evidence for a novel new treatment for Chronic GERD, an undertreated disease that is disrupting the lives of millions of patients worldwide,” says Rohan Hoare, Ph.D., President and Chief Executive Officer of EndoStim. “Unlike many common treatment options that work to alleviate GERD symptoms, EndoStim targets the underlying pathophysiology of GERD with the potential to restore normal function to the lower esophageal sphincter (LES).”