United Orthopedic Corporation (UOC), an international designer, manufacturer, and distributor of innovative orthopedic implants and instruments, recently announced the start of patient enrollment in a follow-up study in the U.S. of the commercially available U-Motion II+ Acetabular System and UTF Reduced Stem in patients receiving primary total hip arthroplasty (THA). The prospective, single arm, multi-center, post-approval study is designed to evaluate the short and long-term clinical performance of the devices, which are designed to improve hip flexion, reduce the risk of joint dislocation and allow for minimal bone removal during THA procedures.

“Despite numerous advances in hip replacement technology, issues such as postoperative dislocation, bearing wear and insufficient range of motion remain challenging problems, especially for younger, more active individuals,” said Kurtis Biggs, DO, founder of the Joint Replacement Institute in Naples, Florida. “The U-Motion II+ Acetabular System and UTF Reduced Stem are designed to address these issues by using enhanced implant materials, which allow for improved hip flexion and less risk of joint dislocation. We plan to investigate the clinical performance of the devices to further establish its benefit for patients seeking relief of hip pain or improved hip function.” 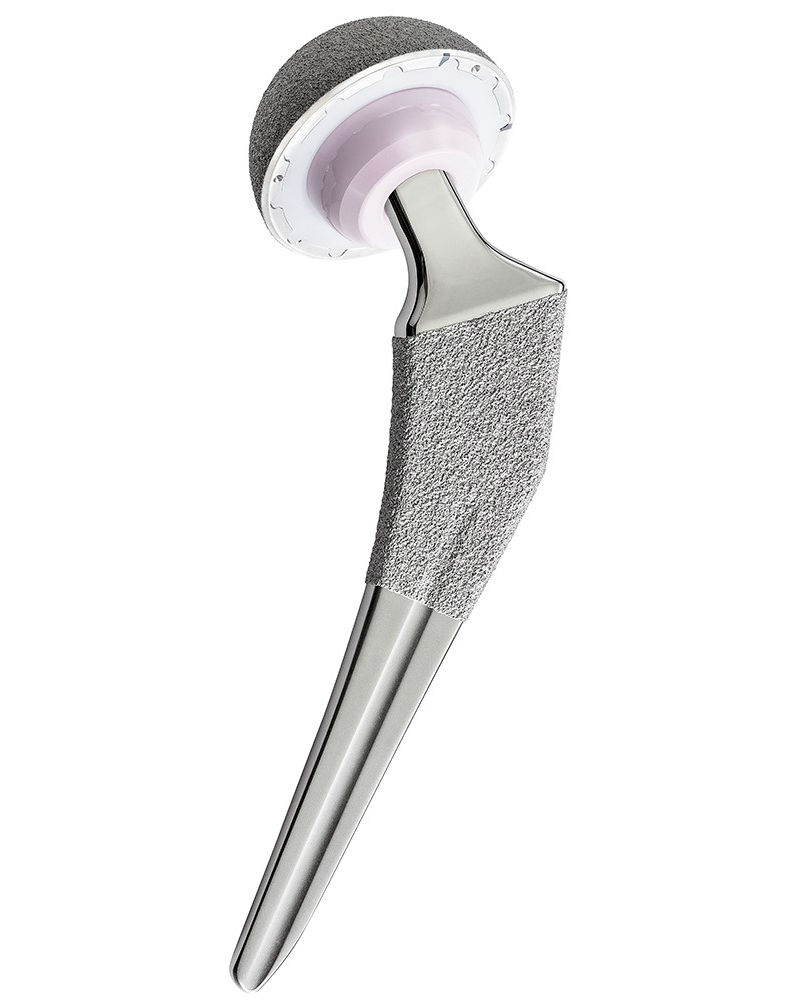 Dr. Biggs implanted the first U-Motion II+ Acetabular System and UTF Reduced Stem on a patient enrolled in the study on January 20, 2016 using the direct anterior approach, a minimally invasive, tissue-sparing technique that allows for quicker recovery and improved outcomes for patients.1 UOC plans to enroll up to 200 patients at a maximum of five sites in the U.S.

“This is an important milestone for United Orthopedic Corporation as we continue to establish our presence in the United States and provide life-changing technologies to address an unmet need in patients seeking a long-term solution for severe hip pain,” said Calvin Lin, President of UOC USA, a subsidiary of UOC located in Irvine, CA. “For over two decades, UOC has offered meaningful orthopedic solutions to practitioners and institutions that improve patient care.”

The primary objectives of the study include operative success, hip function at two-year follow up as measured by the Harris Hip Score (HHS) and device survivorship. Patients will be evaluated at predetermined intervals: baseline, procedure/discharge and six weeks, three months, six months, 12 months, and 24 months post treatment for primary analysis and annually up to five years for device survivorship. The estimated study duration from first enrollment through completion of the final report is expected to be approximately seven years.

The U-Motion II+ Acetabular System utilizes a unique coating technology intended to achieve a greater surface roughness of the implant. This allows for better initial stability and has been shown to reduce micromotion, both of which contribute to the long term fixation of the implant.2,3 The UTF Reduced Stem, forged from titanium alloy, is a wedge-shaped stem that facilitates optimal placement and fit in femora of varying disphyseal and metaphyseal widths. It comes in 14 sizes, with standard and high offset options, and key sizes (ranging from 3 to 8) with 1mm increments. The stem features optimized neck geometry, which contributes to increased range of motion and decreased cup-neck impingement.

According to the Centers for Disease Control and Prevention’s National Center for Health Statistics, the number of total hip replacement surgeries among inpatients aged 45 and over more than doubled from 2000 to 2010, from 138,700 in 2000 to 310,800 in 2010.The percentage increase in the number of total hip replacements among inpatients aged 45 and over by age ranged from 92 percent for those 75 and over to 205 percent for those aged 45–54.4 UOC is dedicated to providing advanced solutions for joint treatment as the U.S. population ages and demand increases for improved technologies and procedures.