CMR Surgical, a British company developing the next-generation surgical robotic system and the Nicholson Center, a center of excellence for training, have launched the first U.S.-based training program for Versius. CMR Surgical has partnered with the Nicholson Center to train 27 surgical teams, which include more than 100 healthcare professionals, and assisted in nine weeks of FDA validation studies ahead of the launch of Versius in the U.S.

The introduction of Versius in the U.S. is expected to transform surgery. Versius resets expectations of robotic surgery by providing a versatile system that is portable, transportable and affordable. This is made possible because of its small form factor, modular design and individually cart-mounted arms. Versius is easy to move between operating rooms and even hospitals/clinics, quick to set up and gives the surgical team easy access to the patient at all times.

Biomimicking the human arm, Versius allows surgeons the freedom of port placement, but with the benefits of small fully-wristed instruments. With 3D HD vision, easy-to adopt instrument control and a choice of ergonomic working positions, the new open surgeon console will likely reduce stress and fatigue, offering the potential to extend the careers of surgeons.

“We are pleased to partner with the Nicholson Center to roll out a training program that introduces surgeons to Versius. Versius has been designed with the surgeon in mind and we are confident that by supporting the necessary training we can work with surgeons to realize the benefits of minimal access surgery for patients,” says Martin Frost, CEO, CMR Surgical. 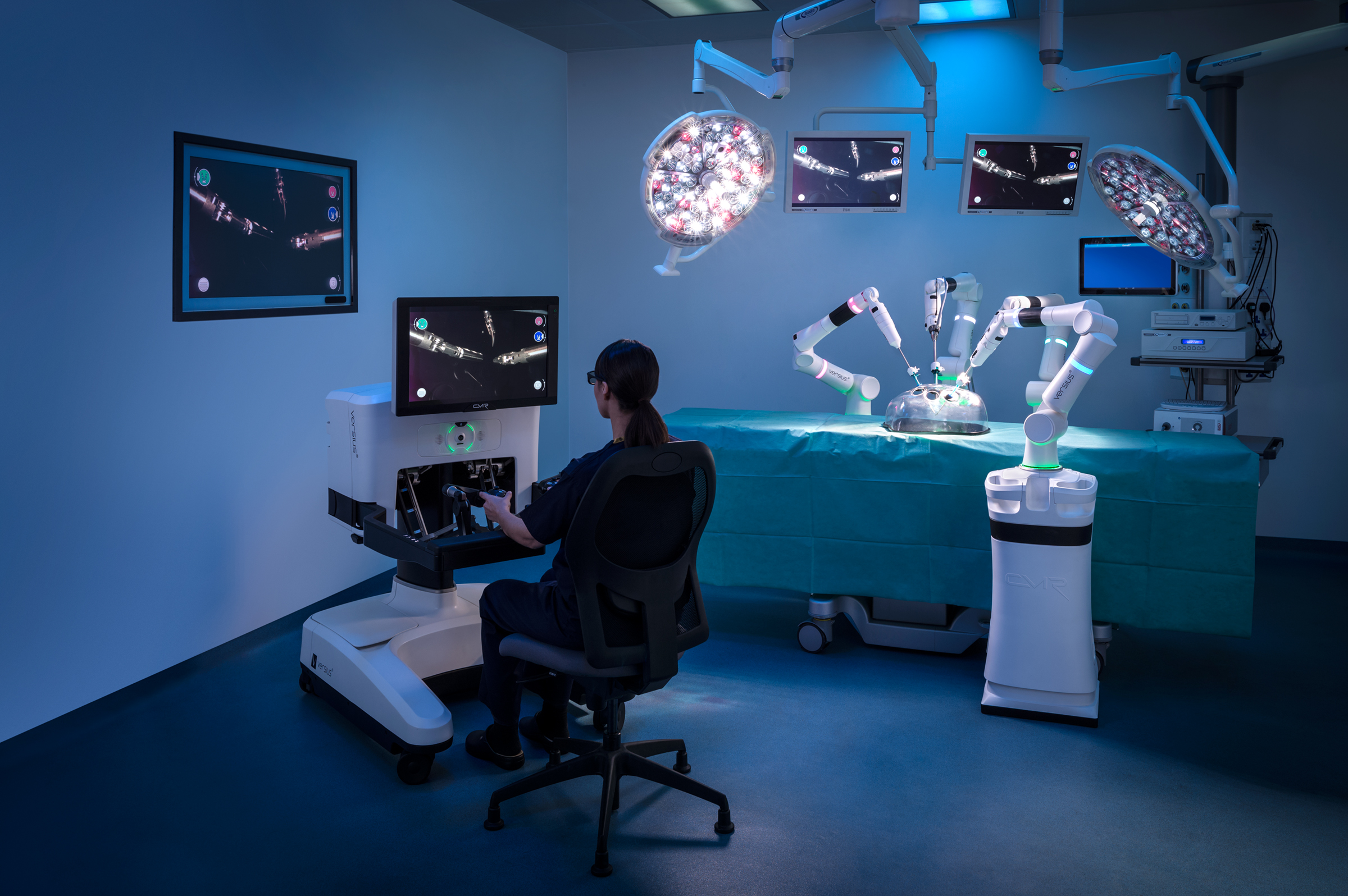 “The Nicholson Center’s goal is to continue offering surgeons the ability to train on the latest and most advanced medical technology, and CMR Surgical’s Versius fits the bill,” says Roger Smith, PhD, CTO of the Nicholson Center. “This collaboration allows surgeons a chance to safely and realistically train with a completely unique, yet user-friendly, operating style, increasing their confidence levels before using the technology in the field.”

Vipul Patel, MD, urological surgeon and president of the Society of Robotic Surgery adds: “Having successfully completed the first pre-clinical radical prostatectomy using the Versius system in the U.S., I can see real value in CMR’s approach to developing a next generation surgical robot. The modular, portable design of Versius makes it a welcome addition to the surgical landscape.”

CMR Surgical, a British company based in Cambridge, United Kingdom expects to launch Versius, the next-generation surgical robot in the U.S in 2019.