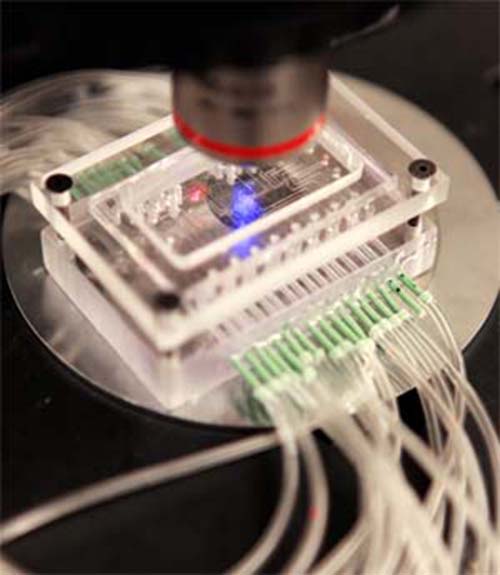 Gentag, Inc. is pleased to announce the issuance of U.S. Patent No. 9,470,699. This is the company’s seventy-sixth issued patent in the area of diagnostics with cell phones. This new patent, which covers both advanced biomarker and DNA-level detection with smartphone-based diagnostics, further enhances the company’s already significant intellectual property holdings of near field communication (NFC) mobile phone sensor technologies, including patents on wearable NFC diagnostic skin patches, immunoassays, lab-on-a-chip (LOC), printable e-noses and microelectromechanical systems (MEMS).

The new patent covers quantitative diagnostic tests that could be carried out anywhere – no lab, or costly lab work, needed – using NFC-enabled mobile phones. With LOC technology, combined with other Gentag intellectual properties, multiple diagnostic tests could be possible within minutes using a small blood or urine sample. The new Gentag patent combines NFC, LOC, sensors and microfluidics, enabling virtually any biomarker or DNA test to be conducted with an NFC mobile phone. Biomarkers, tiny biological “signature” molecules, indicate the presence of specific proteins, diseases or medical conditions, including cancer.

This wireless platform technology, which can be tailored to measure almost any protein, biomarker or DNA, is disposable. Examples of potential applications include: on-the-spot detection of a medical condition, companion diagnostics for problematic drug interactions, or the detection of specific allergens in foods. The technology could further be used for drug mixing and delivery, rapid lab tests, forensics and a multiplicity of applications where minuscule amounts of fluids and chemistries need to be mixed and controlled with precision. The use of NFC and cell phones ensures that the technology could become widely available to anyone.

Because of its low cost and ease of use, the technology could revolutionize diagnostics. “We believe that the combination of the LOC technology with NFC sensors and proprietary chemistries will allow accurate diagnostic testing to become available to anyone with access to a cell phone,” stated Dr. John P. Peeters, Gentag’s founder and Chief Executive.