A German nurse who is already serving a life sentence for two murders has been charged with killing 97 more patients over several years at two hospitals in northwestern Germany, prosecutors said Monday.

The new indictment against Niels Hoegel was expected after officials said in November that he may have killed more than 100 patients in total. He worked at a clinic in Oldenburg from 1999 to 2002 and in nearby Delmenhorst from 2003 to 2005.

Hoegel was convicted in 2015 of two murders and two attempted murders in Delmenhorst and was given a life sentence.

During his trial, Hoegel had said he intentionally brought about cardiac crises in about 90 patients in Delmenhorst because he enjoyed the feeling of being able to resuscitate them. He later told investigators that he also killed patients in Oldenburg.

Those statements prompted investigators to carry out toxicological examinations on dozens of other patients who died at the hospitals, leading to the new charges. 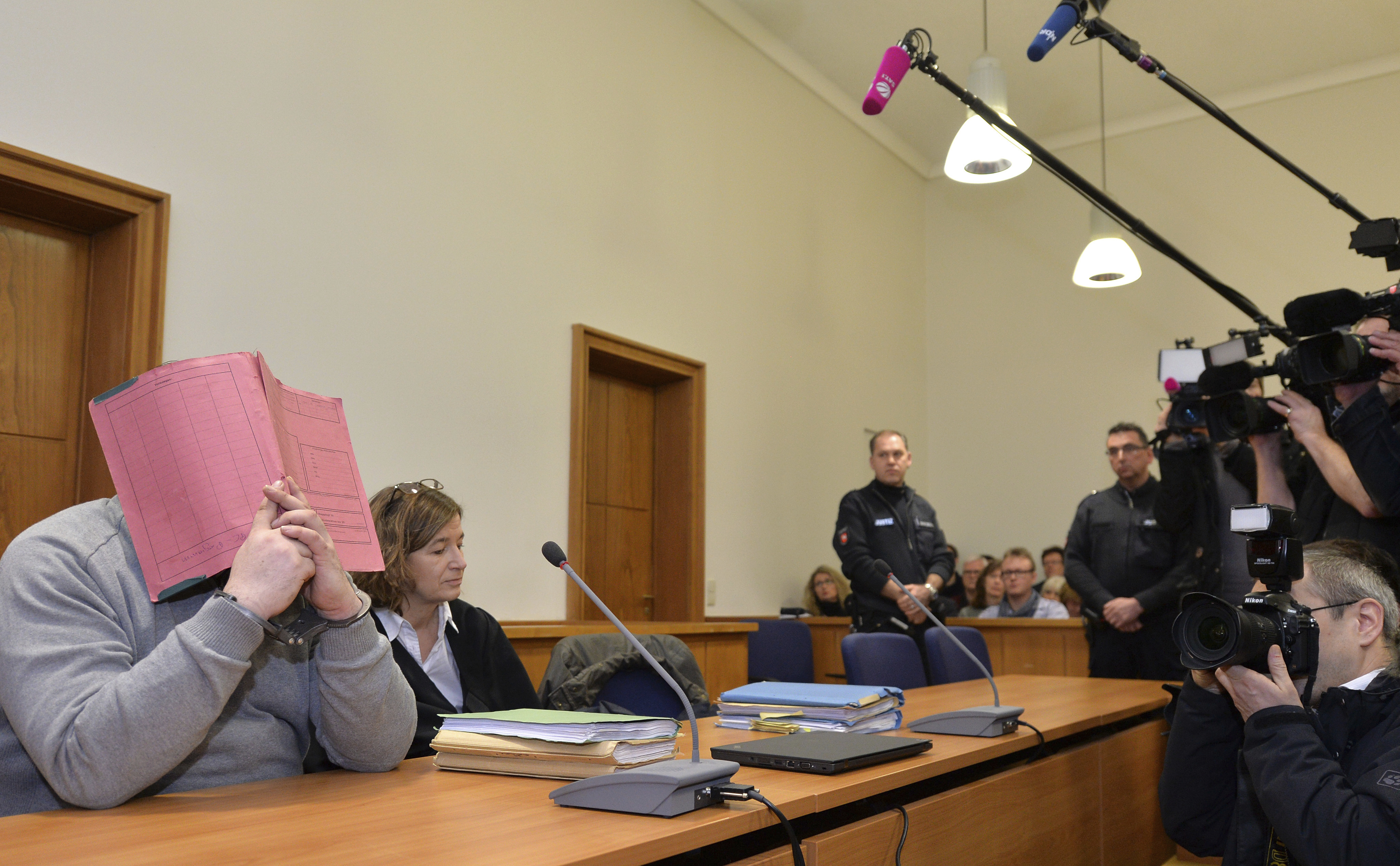 In this Feb. 26, 2015 file photo former nurse Niels Hoegel, accused of multiple murder and attempted murder of patients, covering his face with a file at the district court in Oldenburg, Germany. The German nurse already serving a life sentence for two murders has been indicted in nearly 100 more killings. News agency dpa said prosecutors in Oldenburg said Monday, Jan. 22, 2018 that they have charged Niels Hoegel with 97 counts of murder. (Carmen Jaspersen/dpa via AP, file)

It wasn’t immediately clear when a new trial at the state court in Oldenburg might start. Additional convictions could affect Hoegel’s possibility of parole, but there are no consecutive sentences in Germany. In general, people serving life sentences are considered for parole after 15 years.

Of the new cases, 62 involve patients who died in Delmenhorst and 35 patients in Oldenburg. Prosecutor Martin Koziolek said that, in three further cases investigators viewed as suspicious, tests didn’t produce enough evidence to add them to the charge sheet.

Hoegel used a variety of drugs in his resuscitation attempts, Koziolek said. He added that prosecutors believe Hoegel “in all cases at least accepted the death of the patients as a result of the effect of the drugs.”

As part of a wider investigation involving both hospitals, police and prosecutors reviewed more than 500 patient files and hundreds more hospital records. They also exhumed 134 bodies from 67 cemeteries, and questioned Hoegel six times.

Police have said if local health officials hadn’t hesitated in alerting authorities, Hoegel could have been stopped earlier.

Authorities are already pursuing criminal cases against former staff at the medical facilities.