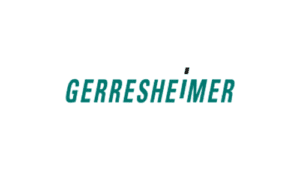 Gerresheimer AG expects to have a recovery in revenues for its fourth quarter after having lackluster numbers in the third quarter.

The company raked in 331.5M Euros in its third quarter, which is 5.4% less than the year prior. The company suggests that the decrease in revenue it partly due to a lower demand doe medical plastic systems from pharma customer that Gerresheimer is usually the only provider. Gerresheimer also suggests that a decline in demand in the inhalation business also could account for decreased revenue, but is expected to be partly offset in the fourth quarter. Revenues for the engineering and tooling business at Gerresheimer were also lower in the third quarter.

Capital expenditure was 28.9M Euros in the third quarter, compared to 32.4M Euros last year. The expenditures came from Gerresheimer’s exclusive license for an integrated, passive syringe safety system and the additions of production capacity for plastic packaging in the U.S. The company expected capital expenditure to be around 8% for the fiscal year 2017.

(Learn from some of the medical device industry’s top executives and experts at DeviceTalks West, Dec. 11–12 in Orange County, Calif.)