Most of us think of Google as our friendly neighborhood search engine and developer of Android phones (I have one, in case you were wondering.) I also chuckle at the doodles they come up with to commemorate world events. Today’s just happens to be the start of the 2015 US Open Tennis Championship – if you check out the homepage, “o” and “g” are locked in a never-ending volley.

As of late, however, Google’s showing quite an interest in diabetes care management. Just today, Google’s Life Sciences division announced a partnership with French drug maker Sanofi to improve care for those with type 1 and 2 diabetes. The collaboration will leverage Sanofi’s expertise in diabetes treatments and Google’s prowess in miniaturized electronics, analytics, and low power chip design. The companies intend to create new tools that combine the previous arsenal of diabetes management technologies and treatments, including blood glucose monitoring, patient-reported information, drug regimens, and sensing technology.

Google and Sanofi hope to move the technology out of the lab and begin developing smart insulin delivery and measurement devices, as well as interfaces and platforms to help patients and physicians better assess the condition. One of the major efforts Google and Sanofi will undertake is novel ways to store and analyze glucose levels in real-time.

This is far from Google’s first foray into developing diabetes care management technology. You might remember last year that Google partnered with Novartis to develop a “smart” contact lens that will continuously monitor glucose levels in tear fluid – a real reprieve to diabetics who might have to draw blood up to ten times a day. Testing on the contact lens is expected to begin next year. 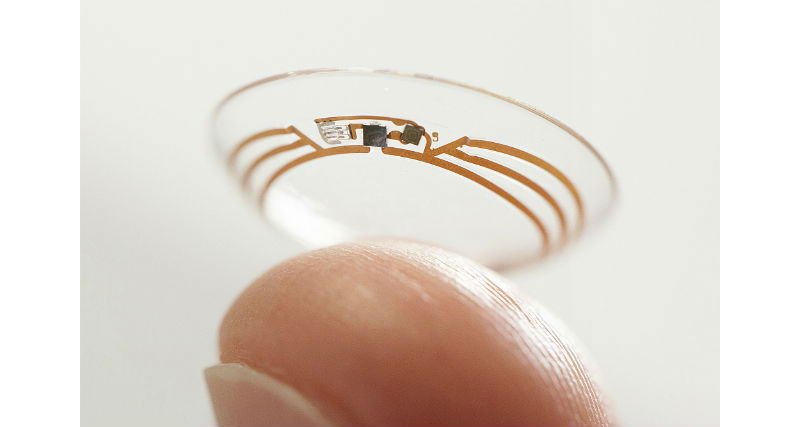 That’s not all – in early August, Google also announced a collaboration with DexCom, a major player in continuous glucose monitoring technology. As Google is one of the leaders in miniaturized electronics, the company intended to combine its technology platform with DexCom’s sensor technology, resulting in a small, disposable bandage sensor connected to the cloud for real-time diabetes control.

The new collaboration with Sanofi will probably move beyond just monitoring diabetics’ blood sugar levels and actually tackle new types of treatment options. Sanofi is the largest insulin seller after all – they intend to work on a Bluetooth-enabled pen that allows a physician to monitor patients’ insulin use – so it seems logical for Google to step in with its considerable power in the field of analytics.

Rather than a reactive approach to glucose monitoring and subsequent insulin dosage, Google’s analytics should also be able to devise treatment plans that are both more proactive and patient-specific. There are quite a few factors for diabetics to consider in monitoring and regulating glucose levels: diet and exercise, how much insulin is necessary, time since the last dosage, current glucose levels, past glucose levels – it’s quite a bit to manage. Together Google and Sanofi might enable patients and doctors to respond more quickly to blood sugar spikes or deficiencies to avoid the nasty long-term complications of poor diabetes management.

Further, since Sanofi already intends to work on “smart” insulin delivery devices, the fact that Google operates heavily in the miniaturized electronic space could lead to diabetes management that can’t even be seen. There’s already an implantable pump that delivers diabetes medication (though not insulin yet) so I could see Google and Sanofi perhaps working together to produce a similar type of device.

What’s more is that Google’s analytics could be combined with this device to make what is essentially a implantable real-time glucose monitor that delivers the necessary amount of insulin per the data the glucose monitor picks up. I’m picturing something that’s attached to a blood vessel (as this would be the only way to assure accurate glucose readings and offer a viable route for insulin delivery) measuring the patient’s glucose and delivering insulin accordingly based on whatever algorithm is creates based on data transmitted to the cloud and analyzed. It might be a long shot, but smaller and smarter has been the idea for a while, and it’s not going to stop.

At that point, this type of device might actually be more efficient than a biological pancreas! But that’s an entirely different issue…