One of the most complex human organs is the digestive tract: Here, the body comes into contact with all manner of diet-derived compounds and with countless bacteria. Scientists from the Luxembourg Centre for Systems Biomedicine (LCSB) of the University of Luxembourg in collaboration with colleagues at the Luxembourg Institute of Health and the University of Arizona in the United States have now proven that a model of the human gut they have developed and patented – HuMiX – is representative of the actual conditions and processes that occur within our intestines. With HuMiX, the researchers can analyse the complex interactions between human cells and bacteria, predict their effects on health or disease onset, and study the action of probiotics and drugs. The researchers publish their findings today in the journal Nature Communications. 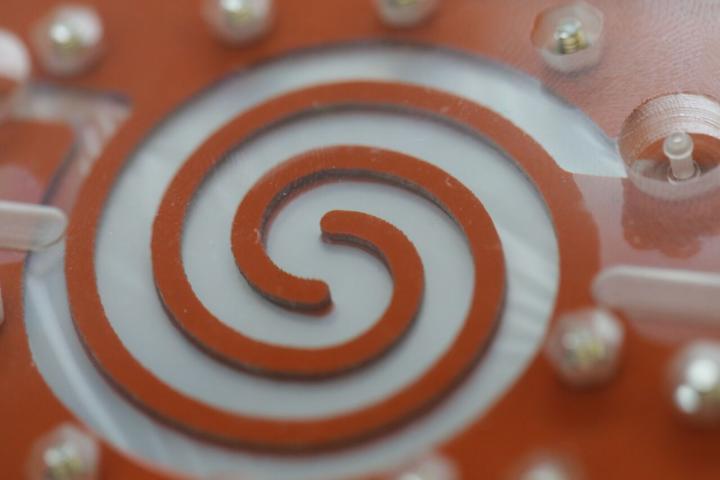 The model of the human is representative of the actual conditions and processes that occur within human intestines. (Credit: University of Luxembourg, scienceRELATIONS.jpeg)

In HuMiX, the “Human Microbial Cross-talk” model, human intestinal cells and bacteria can be cultivated together in a very small space under representative conditions. The apparatus, no bigger than a beer mat, consists of three chambers. The top chamber is the supply level, from which nutrients continuously flow down to the cell cultures below. Human cells grow on a very thin membrane in the middle chamber, while bacteria grow in the lowest chamber. “With HuMiX, we can observe interaction of bacteria in real-time as they communicate with human intestinal cells,” says Prof. Paul Wilmes, head of the LCSB Ecosystems Biology Group and inventor of HuMiX.

For their tests confirming the validity of HuMiX experiments, the researchers employed pure cultures of various bacterial strains. “Using cutting-edge analytical methods established at the LCSB, we then studied how the gene activity and metabolism of intestinal epithelial cells change depending on the bacterial strain used in HuMiX,” Wilmes explains. “A comparison of our data with results from other research groups who obtained theirs from humans or animals showed strong agreement.” That means HuMiX delivers a very accurate portrayal of the cellular and molecular processes taking place in the human gut. “With HuMiX we can also study processes so far inaccessible by existing experimental methods,” Wilmes adds.

Dr. Pranjul Shah, first author of the publication and co-inventor of the HuMiX device, names one example of a metabolic process the LCSB researchers discovered with HuMiX: “In a co-culture of intestinal cells and a certain strain of the bacterial species Lactobacillus rhamnosus, we determined that production of a messenger of the nervous system, specifically the neurotransmitter gamma-aminobutyric acid or GABA, is stimulated in intestinal cells, indicating a mechanism by which the intestine may be communicating with the brain.” Scientists had already seen evidence of this effect several years earlier in the brain of mice born with a completely sterile gut (which was devoid of all intestinal flora), when their gut was inoculated with similar Lactobacillus strains. “The ability of HuMiX to provide such responses can be attributed to the unique capability of the HuMiX model to allow cultivation of anaerobic bacteria along with human intestinal cells”, highlights Shah.

“We can now study these and similar effects at an unprecedented level of precision thanks to HuMiX,” Paul Wilmes continues. “There are clues, for example, that inflammatory processes can play a role in the onset of neurodegenerative diseases such as Parkinson’s. In HuMiX, we can introduce distinct bacterial species or whole communities into the artificial gut model whether these organisms trigger or slow down inflammation, or even introduce immune cells and neurons together with the bacteria.” In their publication, the scientists present evidence that HuMiX is a suitable tool for understanding a range of molecular processes involved in the interaction between human cells and bacteria. Furthermore, Wilmes sees a benefit not only for basic research, but also for clinical application: “With HuMiX, we can now also analyse how probiotics, dietary compounds or drugs affect human physiology. We expect to see concrete indicators of how these therapeutics need to be refined in order to work better in the future.”