A large part of the Maker movement revolves around “tinkering” with available technology to augment it in some way. Rather than designing completely new devices, some makers play around with open-source (or in the following case, commercial) products to make them better in some way. Some might denounce this as hacking—and they wouldn’t be entirely wrong—but makers are especially enthusiastic to exploit established tech and turn it into something more useful than the initial product.

One case of creative “adjustment” of a healthcare device came up during MakerCon. John Costik, the founder of Nightscout, began his explanation by describing his son, a sufferer of type 1 diabetes. Type 1 diabetes requires constant glucose monitoring throughout the day, and like many patients, Costik’s son was using a DexCom G4 continuous glucose monitor (CGM) in order to keep track of his blood sugar levels. But Costik soon recognized an issue when his son began attending school.

Costik wanted to be able to see his son’s glucose level readings throughout the day, but the G4’s data was only available locally, meaning he couldn’t view it while his son was at school – well out of range of the G4’s data communication radius. To remedy the situation, Costik found a way to “communicate” with it – inventing a system that allows attachment of a device to the DexCom receiver that transmits its data to the internet. Then, any web-enabled device would be able to receive the data, regardless of the distance.

To put how important this is in perspective, DexCom’s G5 Mobile CGM is the first fully mobile CGM, to be shipped in late September. Costik’s been at this since 2014, so his “product” is technically the first fully remote CGM. (Medtronic also has one shipping soon.)

Rather than trying to market this commercially—which undoubtedly would have raised issues with both DexCom and the FDA because of the nature of his “invention”—Costik decided to make the code he had created open-source, available to anyone who needed it. Seriously, it’s available on GitHub for anyone to download and install on an existing DexCom G4.

Costik was understandably a little nervous about what would happen when he put his code out. Would DexCom find it malicious and slap him with a lawsuit? Would the FDA come knocking and insist that he stop what he’s doing?

Apparently not. According to Costik, DexCom has thus far taken a “hands off” approach – likely because they thought the G5 would soon render his system obsolete anyway. I’m surprised that DexCom didn’t decide to pursue him. Nightscout is completely free, so DexCom G4 users wouldn’t need to buy the G5 at all if they can manage installation. Considering that a large majority of potential G5 users will likely already be using the G4, Nightscout could put a bit of a dent in their sales. As for the FDA, Costik mentioned that they were “interested in what he was doing,” particularly the Facebook group that offers his special recipe. He chatted with them, but apparently, as Nightscout is a zero-profit group (smart, because once you start asking people to pay, hello regulatory concerns!) and his system offers no apparent health risks, the FDA didn’t give him too much trouble. 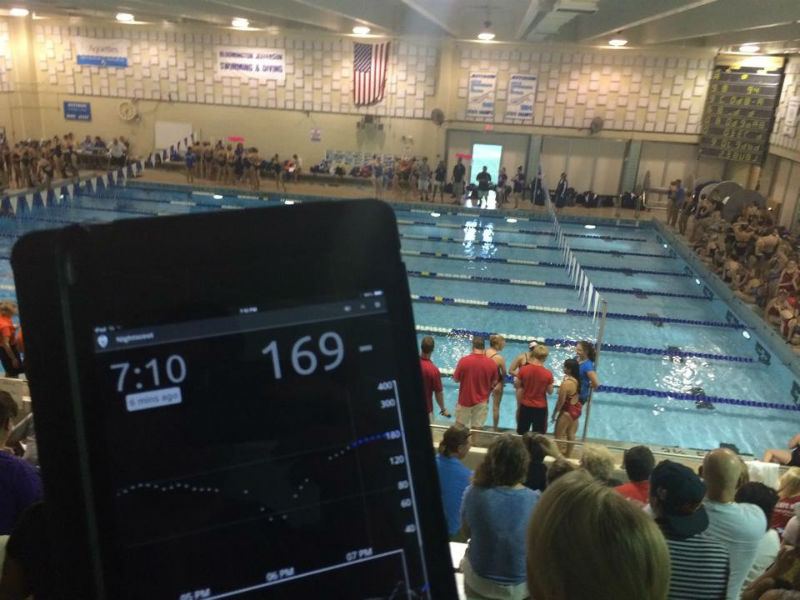 Proving that it really can be used anywhere. (Credit: Nightscout)

Personally, I admire Costik’s ingenuity. In the spirit of the Maker movement, he found a problem, and used his expertise as well as the tools he had immediately available in order to engineer a solution. The problem was one that I’m sure many CGM users were struggling with – a hindered lifestyle because of technological inadequacies. Even more admirable, Costik expected no profit, but rather urged users to “pay it forward.”

But tinkering with a medical device to improve it brings so many concerns – health, regulatory, and legal chiefly among them. Nightscout doesn’t raise many health concerns as the alteration was made on connectivity, not basic functionality. The game changes if a medical device were “upgraded” to function in ways it was not initially designed to. Makers like Costik likely do not have the funds or facilities to undergo clinical trials to test the augmented device’s safety. He was probably only able to sidestep FDA regulatory action (apart from the non-profit nature of his group) because a connectivity upgrade doesn’t affect the G4’s safety. It almost certainly wouldn’t have been so if Costik had fundamentally changed the G4’s functionality.

The legal ramifications of healthcare device tinkering might be the murkiest. Costik calls his improved device the Nightscout CGM, and while he doesn’t make people pay, it will at least in part supplant the DexCom G5 simply because it’s free. DexCom may not have pursued legal action, but other companies might not be so laissez-faire. What makers like Costik are doing is creating a new “product” by fixing the issues of an existing one. Can a maker claim intellectual property on a device that’s mostly an established product, with a few modifications? If the invention is open-source like Costik’s, not accruing any sales, does it still present a legal violation? Can a maker even try to sell their product, or will it incur the wrath of the “borrowed” tech company’s legal team? 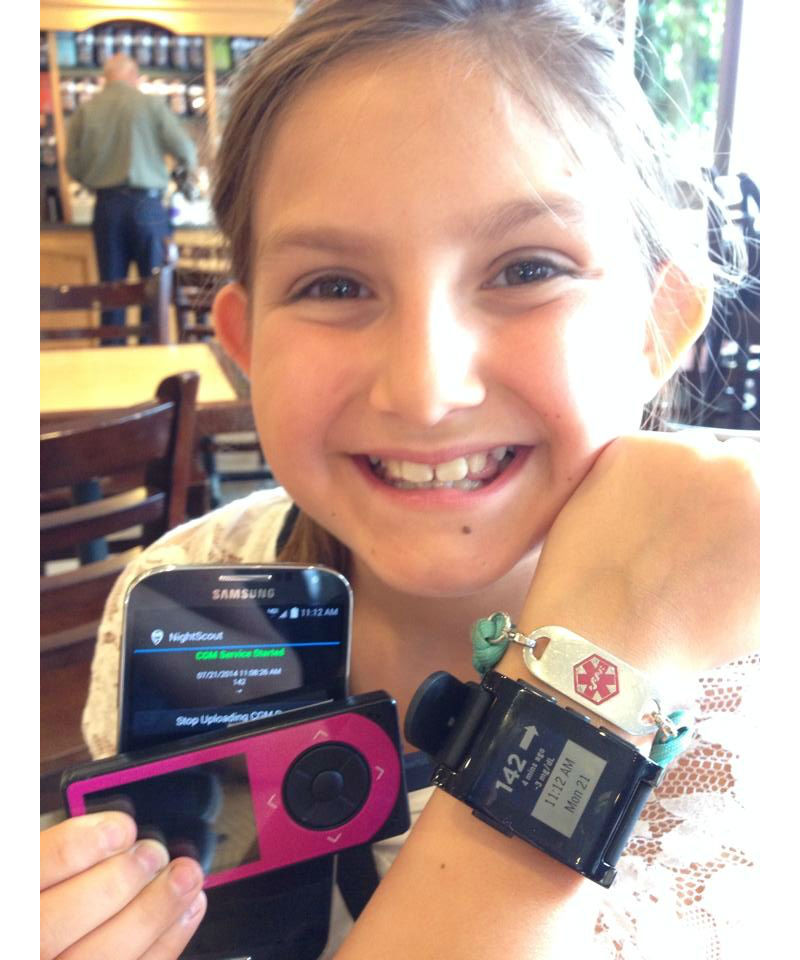 Though with a face like that, how could you possibly sue? (Credit: Nightscout)

I’m thrilled that the DIY spirit is starting to make a large impact on medical device manufacturing, especially because there’s so much more to consider to navigate stringent healthcare requirements. But makers like Costik are going for it anyway – even though the FDA is watching their every move. It’s nice to see “hacking” making a positive impact on healthcare for once.