A recent study by Jamie Desjardins, Ph.D., an assistant professor in the speech-language pathology program at The University of Texas at El Paso, found that hearing aids improve brain function in persons with hearing loss.

Hearing loss, if left untreated, can lead to serious emotional and social consequences, reduced job performance and diminished quality of life. Untreated hearing loss also can interfere with cognitive abilities because so much effort is put toward understanding speech. 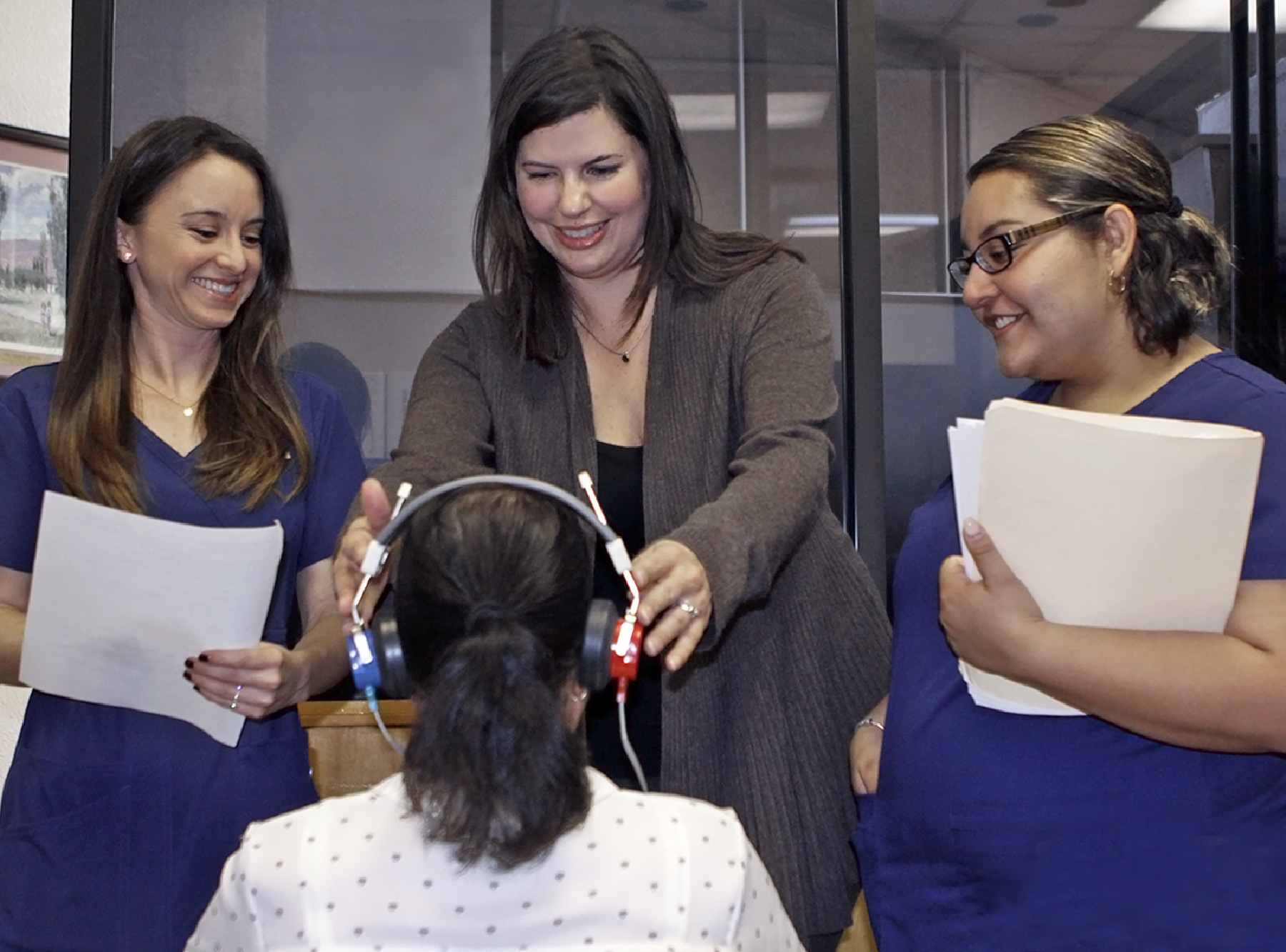 A recent study by Jamie Desjardins, Ph.D., an assistant professor in the speech-language pathology program at The University of Texas at El Paso, found that hearing aids improve brain function in persons with hearing loss. (Credit: University Communications)

“If you have some hearing impairment and you’re not using hearing aids, maybe you can figure out what the person has said, but that comes with a cost,” Desjardins explained. “You may actually be using the majority of your cognitive resources – your brain power – in order to figure out that message.”

As people age, basic cognitive skills – working memory, the ability to pay attention to a speaker in a noisy environment, or the ability to process information quickly – begin to decline.

Desjardins studied a group of individuals in their 50s and 60s with bilateral sensorineural hearing loss who had previously never used hearing aids.

They took cognitive tests to measure their working memory, selective attention and processing speed abilities prior to and after using the hearing aids.

After two weeks of hearing aid use, tests revealed an increase in percent scores for recalling words in working memory and selective attention tests, and the processing speed at which participants selected the correct response was faster.

By the end of the study, participants had exhibited significant improvement in their cognitive function.

Hearing Aid Research”Most people will experience hearing loss in their lifetime,” said Desjardins, who joined UTEP in 2013. “Think about somebody who is still working and they’re not wearing hearing aids and they are spending so much of their brainpower just trying to focus on listening. They may not be able to perform their job as well. Or if they can, they’re exhausted because they are working so much harder. They are more tired at the end of the day and it’s a lot more taxing. It affects their quality of life.”

Desjardins’ new study focuses on the use of hearing aids by Hispanics. Research shows that only five percent of Mexican-Americans wear hearing aids. She has developed a survey to investigate their attitudes toward hearing loss. The survey will be conducted at health fairs in the community, including the Mexican Consulate in El Paso, Texas.

Desjardins also will begin work on another study that will look at older bilingual people and their ability to understand speech.

Desjardins earned both a master’s degree and a Ph.D. in audiology from Syracuse University in Syracuse, New York.