Existing 23andMe customers may use the module to share their de-identified genetic data held by the company with MyHeart Counts researchers.

MyHeart Counts, which works on the Apple iPhone, allows users to both monitor their own cardiovascular health and share their heart and activity data with researchers at Stanford. Since the app launched last year, Stanford Medicine’s innovative digital consent option has allowed users to easily decide what kind of data to share and even to change choices from time to time. The novel consent process has now been extended to those participants who wish to share their 23andMe genetic information. 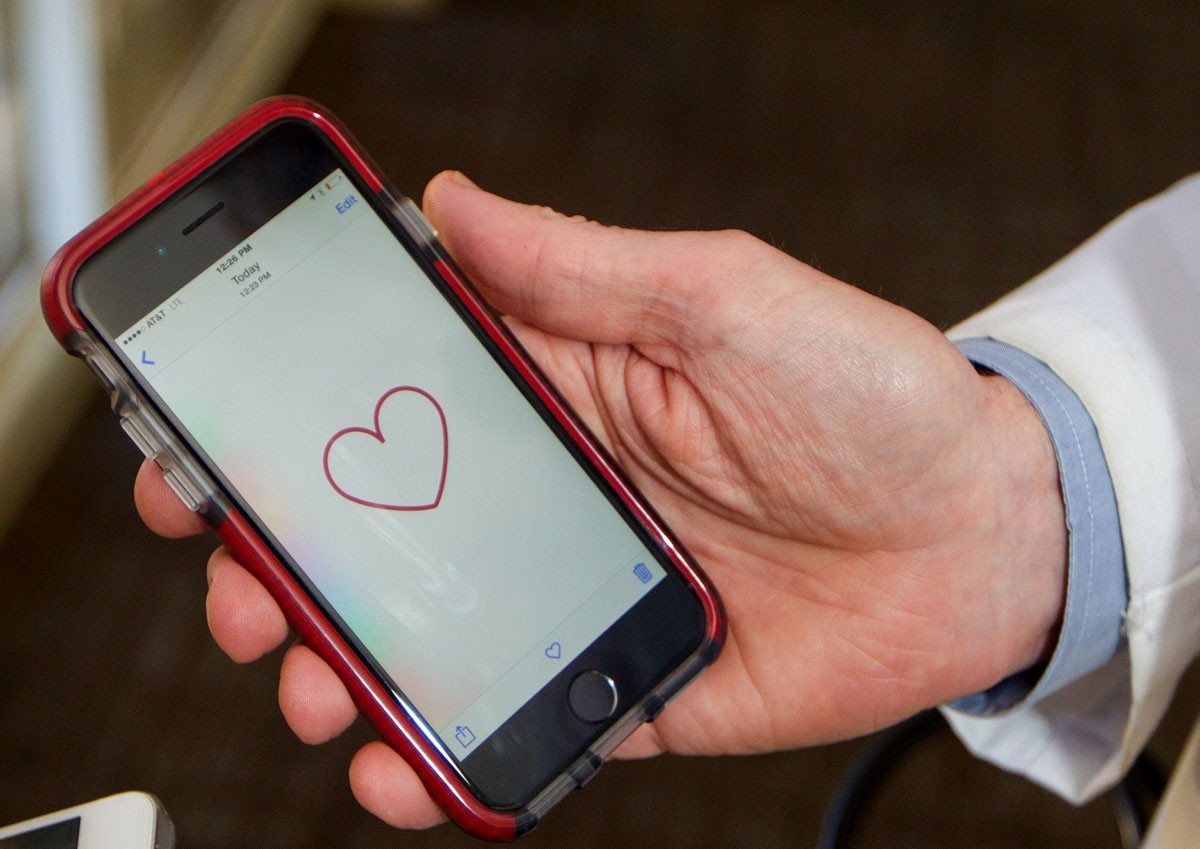 More than 50,000 people have enrolled in the study available through Stanford’s MyHeart Counts app since it was launched a year ago. (Credit: Norbert von der Groeben)

Euan Ashley, MRCP, DPhil, a co-principal investigator of the MyHeart Counts project, believes Stanford’s digital consent process is the first smartphone-based consent process for sharing genetic data. “This is the first time that consent for secure sharing of genetic data has been possible on a phone. It’s about putting the power directly in the hands of the participant,” said Ashley, associate professor of cardiovascular medicine.

“Genotype data has revealed such important clues to human biology that combining it with real-world measures of physical activity and fitness is a very exciting prospect,” Ashley said.

The MyHeart Counts app was one of the inaugural mobile health apps launched on Apple’s ResearchKit platform in March 2015. Developed by researchers at the School of Medicine, the app collects data about volunteers’ physical activity and cardiac risk factors. The data is forwarded to secure servers where each person’s name is replaced with a random code. The coded and encrypted data is then used for research on cardiovascular disease.

So far, 50,000 people in the United States, Hong Kong and the United Kingdom have joined the study. The Stanford researchers’ dream is to enroll many more volunteers and make MyHeart Counts the largest study of physical activity, genetics and cardiovascular health.

The new 23andMe plug-in also will work with Mount Sinai’s Asthma Health app, which is on Apple’s ResearchKit platform, as well.

Stanford is also involved in the development of a different kind of app designed with patient care in mind. Apple’s new CareKit platform launches with the mPower app that helps Parkinson’s disease patients track symptoms through self-surveys and sensors in their iPhone that can detect changes in tremors, balance and gait, for example.

Helen Bronte-Stewart, MD, MS, professor of neurology at Stanford, said her team is using the app with patients and validating the accuracy of the phone measurements. “Stanford is one of the first institutions that will allow any of its patients with Parkinson’s to use the mPower app (the first CareKit app) and share information from the app with their physicians,” she said in an email.