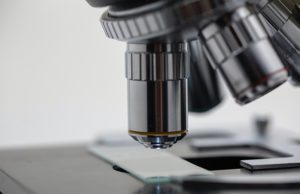 (Image by Michael Longmire on Unsplash)

The U.S. Department of Health and Human Services (HHS) today issued a final rule giving it five years to review and potentially sunset regulations that have been in place for at least 10 years.

With some exceptions, the agency will look into whether regulations cause financial harm to a substantial number of small entities. It will also do a more detailed review to determine whether the regulation is still needed, is too complex, has drawn complaints, duplicates or conflicts with other rules, and whether technological, economic and legal changes have passed it by.

If the agency decides against reviewing a regulation, that regulation will expire. Certain regulations are exempt, including FDA device-specific and over-the-counter drug-specific regulations and those that are jointly issued with other agencies.

An artificial-intelligence-driven data analysis of HHS regulations found that 85% of department regulations created before 1990 have not been edited, the agency noted. The new rule requires HHS to announce in the Federal Register (not just on the HHS website) each month which new assessments and reviews it has begun and to accept public comments during the five-year assessment period. An earlier version of the rule would have given HHS two years to review each regulation and accept public comment.

“By terminating burdensome regulations unless their necessity is publicly demonstrated to the American people, our sunset rule will prove the boldest and most significant regulatory reform effort ever undertaken by the federal government,” said HHS chief of staff Brian Harrison in a news release.

The department estimates spending approximately $10 million to $26 million in this effort over 10 years. HHS’ annual budget is more than $1 trillion. The first reviews are due in 2026.