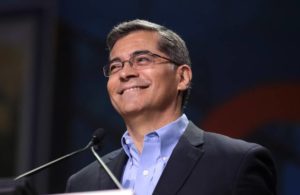 The Biden administration has nixed what it described as a “flawed” Trump-era decision to exempt certain medical devices — including infusion pump controllers and fetal monitors — from regulatory review.

The Jan. 15 notice also did not list any limitations to the 84 proposed exemptions or indicate that HHS considered whether any such limitations were appropriate, the new notice adds. It did, however, generate “many comments and inquiries asking about various potential errors and ambiguities, such as about mismatched product descriptions, product codes, and regulatory citations,” according to the new notice penned by Becerra and acting FDA commissioner Janet Woodcock.

“Upon review, HHS and FDA have determined that the proposed exemptions in the January 15, 2021, Notice were published without adequate scientific support, that the Notice contained errors and ambiguities, and that the Notice is otherwise flawed,” they wrote. “We did not find any evidence that HHS consulted with, otherwise involved, or even notified FDA before issuing the Notice. Some of these proposed exemptions include device types that are indicated for a use in supporting or sustaining human life.”

In its original notice, HHS said it based its exemption decisions on a review of adverse events reported to the FDA MAUDE database about the types of devices between 2010 and 2020. The devices recommended for permanent exemption accounted for 46 deaths reported to MAUDE, including 16 related to facility-use apnea monitors.

The original notice proposed to exempt 50 class II device types based solely on a lack of death-related adverse event reports available in
MAUDE for the time period searched, while failing to consider adverse event reports submitted under other event types, including “injury” and “malfunction,” Becerra and Woodcock wrote.

The MAUDE database has long been criticized for inaccuracies, misclassifications and underreporting of adverse events. It also does not include information about recalls, which the FDA “routinely considers… as part of its risk analyses, including or Class II 510(k) exemptions,” they added.

FDA watchdog Madris Kinard, CEO of DeviceEvents, told Medical Design & Outsourcing that she was pleased to learn about the withdrawal of the Jan. 15 decision.

“Although adverse event reports can be used to identify signals (patterns of problems with devices), the absence of these reports does not mean that a device is safe and effective,” Kinard said in an email. “Devices are often under-reported. Further review of the notice in January, that has now been withdrawn, acknowledged that assumption was flawed. It is very understandable that in the midst of the pandemic, that some devices would be authorized for use without the formal 510(k) process. However, assuming that an EUA could replace the typical review process for these devices indefinitely was not a good call by HHS, and I’m glad that Dr. Woodcock’s office has recognized and addressed these flawed exemptions.”

This article has been updated with comments from Madris Kinard, CEO of DeviceEvents. 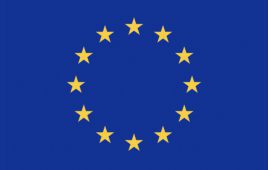