A hospital operator in Rhode Island used temporary workers to care for hundreds of patients Tuesday after nurses went on strike.

About 2,400 nurses and other health care workers at Rhode Island Hospital and Hasbro Children’s Hospital began what’s expected to be a weeklong strike Monday.

Local 5098 of the United Nurses and Allied Professionals called for the strike.

A spokesman said Rhode Island Hospital is caring for about 400 inpatients, which could increase to 525 inpatients during the week. 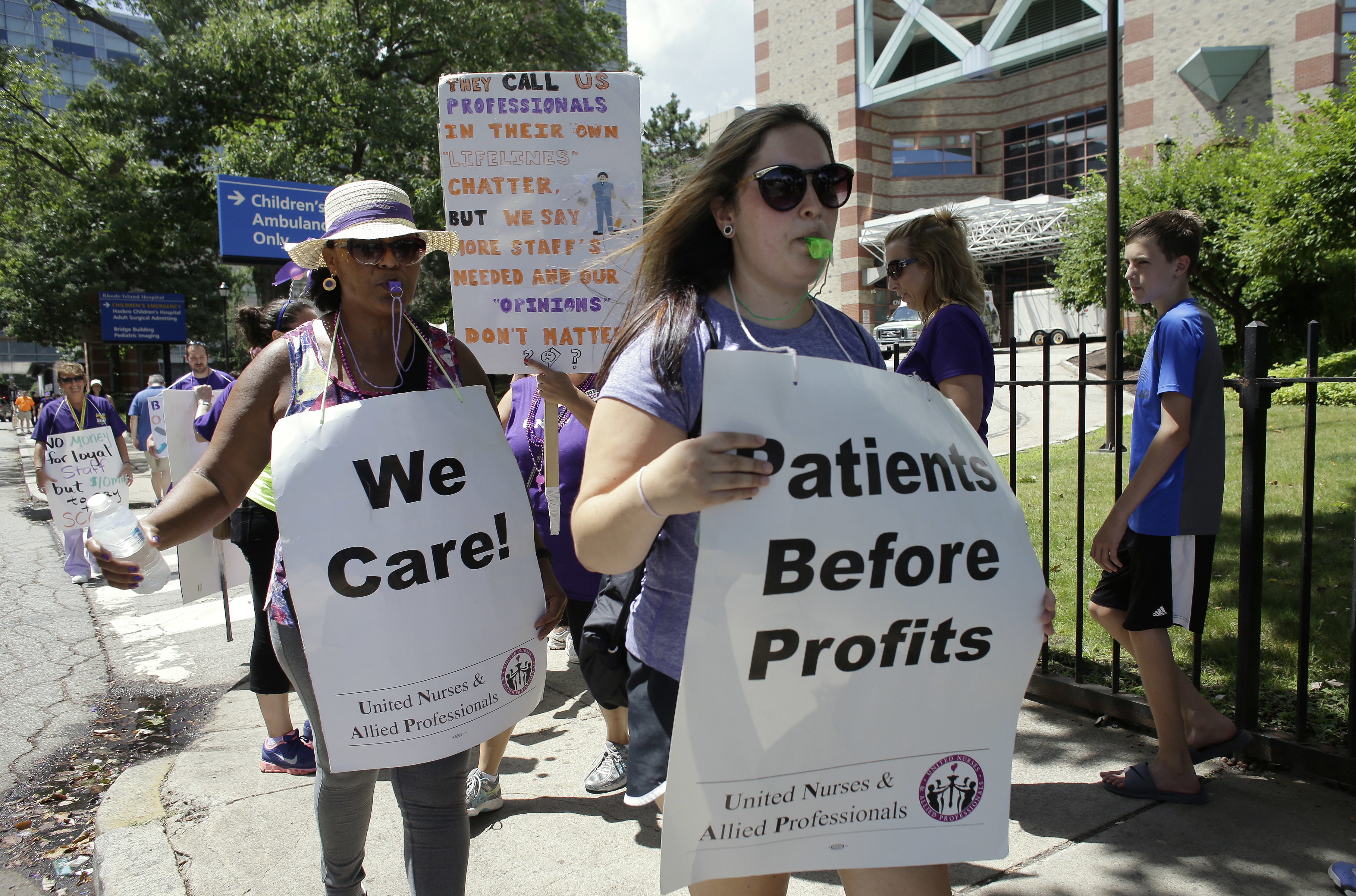 Nurses, medical workers, and family members picket, Tuesday, July 24, 2018, in front of Hasbro Children’s Hospital, in Providence, R.I. Nurses at two Rhode Island hospitals, Hasbro Children’s Hospital and Rhode Island Hospital, which are next door to one another, went on strike Monday, July 23, 2018, after negotiators couldn’t agree on contract terms during a meeting requested by a federal mediator. (AP Photo/Steven Senne)

Lifespan said it offered wage increases ranging from 9 percent to 25 percent over four years, but the union sought higher increases. A union spokesman declined to say specifically what they requested.

Nurses picketing on Tuesday told WPRI-TV that they aren’t compensated fairly and often do not have the supplies they need.

Ambulances were being diverted to other health care facilities Tuesday morning, but Lifespan said Tuesday afternoon that the Rhode Island Hospital emergency department is once again accepting all emergency medical cases.

Lifespan says the diversion status was lifted 24 hours after the replacement clinicians arrived to care for patients.

The union has said the strike would end Friday at 3 p.m., regardless of where negotiations stand.