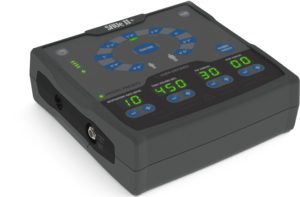 A Congressional committee has launched an investigation into a $70 million White House contract for ventilators that reportedly are inadequate to treat people with COVID-19.

The Department of Defense signed a $16.2 million contract in spring 2020 to buy SAVe II ventilators, manufactured by AutoMedx (Addison, Tex.), from the supplier Combat Medical Systems, according to the House Committee on Oversight and Reform. Soon after this contract was signed, officials at the Department of Health and Human Services (HHS) reportedly concluded that the SAVe II ventilator model was inadequate to treat coronavirus patients, a news release from the committee says.

HHS asked for an improved ventilator and AutoMedx made “performance modifications” to the SAVe II, including increased volume rate and air pressure, to create the SAVe II+ and the FDA granted it an emergency use authorization on May 7, 2020. On June 26, 2020, HHS entered into a $62.5 million contract for “SAVe II+ kit and delivery,” which the committee said was paid in full.

However, the supposed improvements did not make the SAVe II+ a viable option for treating coronavirus patients, the committee said.

The Washington Post first reported problems with the SAVe II and SAVe II+ ventilators and the federal contracts to purchase them. AutoMedx, which the Post reported had recently emerged from bankruptcy, won the no-bid contract and delivered 11,200 ventilators costing on average $6,274 each. The ventilators remain in the federal government’s Strategic National Stockpile, according to the newspaper.

In a letter to AutoMedx CEO James Evans (and a separate letter to Safeguard Medical CEO Adam Johnson), committee member Raja Krishnamoorthi (D-Ill.) asked for several documents related to the government contract for the ventilators as well as descriptions of all negotiations with the federal government since Jan. 1, 2020. The documents are due Feb. 9, 2021.

“Reports and independent studies have indicated that the ventilators purchased by the federal government may not be appropriate for their intended purpose of treating coronavirus patients, which raises serious questions about whether their purchase for nearly $70 million constitutes waste, fraud, or abuse,” Krishnamoorthi said in the committee news release.

Neither AutoMedx nor Safeguard Medical responded to a request for comment.