Researchers from Harvard and MIT have formed a company to mass-produce a more effective three-ply mask for everyday use. 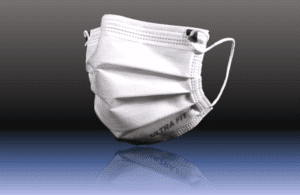 The Ultra Fit mask’s design improvements include extending the nose wire all around the mask and making the ear loops adjustable. [Image courtesy of Katharos Labs]

Anyone who wears glasses knows that the ubiquitous blue pleated mask leaks vapor upward, despite the wire designed to conform to the shape of the nose.

Less obvious is the leakage from the mask’s sides and bottom, which a sneeze or cough can increase many times over. While three-ply disposable masks provide some protection for the wearer and those around them, they could be much safer for all.

That’s the conclusion of a team of researchers from the Brigham and Women’s Hospital, Harvard University, Massachusetts Institute of Technology (MIT) and Massachusetts General Hospital. They set out to develop a more practical everyday mask that could be mass-produced and sold at a comparable price. (They recently posted a non-peer-reviewed preprint of their research on medRxiv.)

Although scientists hadn’t yet proven it at the time, both men quickly realized that transmission of the SARS-CoV2 coronavirus was highly likely to be aerosol-based and that everyone would need to wear masks to control the virus’ spread.

Their challenge was to provide that effective protection, at community scale, not only from minute viral particles but also from larger particles that people spread when they cough or sneeze. So they convened a group of U.S. and U.K. filtration experts to discuss materials that could provide N95-level filtration.

They concluded that the types of polypropylene used in the everyday three-ply surgical mask are highly effective in filtering aerosols, and the materials are also plentiful and inexpensive. But regular surgical masks have a significant flaw — they just don’t fit properly, allowing in about 40% unfiltered outside air under the mask during inhalation. Similarly, about 40% of the wearer’s unfiltered exhalation can escape through gaps at the edges of the mask. So the team decided to focus on redesigning these masks using the same materials to drastically reduce that leakage.

“In doing that, we were able to drastically improve the performance of the mask, so leakage goes down on average by a factor of more than four in novice users,” Samir added. “So, from 40% leakage, we go down to less than 10% leakage in most people, and in experienced users we’re going down to less than 5% leakage in a lot of people. And that’s a really, really big improvement for a mask that leaks 40%.” 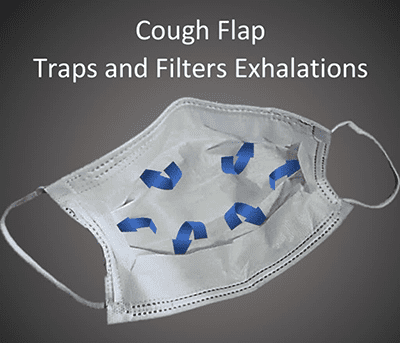 The Ultra Fit mask’s creators added a flap near the interior edges to capture aerosolized droplets before they can leak outside the mask. [Image courtesy of Katharos Labs]

The researchers — who also included Daryl Chulho Hyun, a former biodesign fellow at Oxford University, postdoctoral research fellow Martin Jensen, and others — made one more significant change. They added a flap near the interior edges to capture aerosolized droplets before they can leak outside the mask. A flange made of composite spunbond/melt-blown polypropylene pushes the flap against the face when the wearer coughs or sneezes. They performed numerous tests using thermography and laser-scatter droplet imaging to measure the flap’s performance. The tests showed a major reduction in leakage of unfiltered exhaled air around the mask.

Hyun prototyped numerous mask iterations and tested them repeatedly to arrive at a high-performing, low-cost mask. Karp and Samir then recruited Hank Miller, CEO of Boston-based Harry Miller Co., a 100-year-old textile manufacturer, to develop a prototype and manufacturing plan. They also brought in Steven Gordon, an MIT PhD mechanical engineer and serial entrepreneur, to help them work out how to mass-produce the new mask and run a company to manufacture and distribute it.

“I’ve been able to contribute to the design of the mask, which was rudimentary when I first got involved, to a place where it could be manufactured at high volume,” said Gordon, now CEO of Katharos Labs. “When they developed the mask, they had this long wire that was bent in all kinds of crazy shapes …. It kind of worked, but it would be a nightmare to manufacture it.”

Gordon suggested using individual wires to span each side of the mask, corner to corner, and cinching it shut with the ear loops. Then, the wearer can press the wires against the face for a custom, close fit and finish sealing mask by adjusting the variable-length ear loops, he explained.

“Our sense is that this could be used in schools, for events like concerts or weddings, in airports, on airplanes, public transportation and in the workplace,” added Karp. “I think that one of the really nice things about this mask is that because each person is fitting it to their face and it’s really personalized, once you have it in place, it doesn’t only have greater protection — you can actually feel it.”

Katharos’ leaders opted to start manufacturing in China because of its robust surgical mask production infrastructure. However, their plan is to use Gordon’s expertise to modify and modernize existing mask-making equipment in the U.S. to automate domestic fabrication for mass production at a low cost.

The researchers have also prepared a paper about how they developed and tested the Ultra Fit mask, including details about their efforts to validate the fit and field experiments by students wearing the masks in a classroom and mathematical modeling of infection spread on a subway. In both settings, the Ultra Fit mask approached the efficacy of N95 respirators to prevent the community spread of COVID-19, they reported. (They had not submitted the paper to any journals for publication at press time.)

The researchers also ran experiments cleansing the mask by hand and in a washing machine to determine if it can retain its filtration properties. It has the potential to withstand multiple hand washes, but the experiments to determine how many will continue, according to Karp. They are also continuing to test the mask to determine compliance with new NIOSH and ASTM standards, he added.

Katharos Labs’ leaders are confident they will find a market for their mask, even with mask mandates being lifted and many Americans acting like the pandemic is over. More than half of the U.S. population had received at least one vaccine dose by late June, according to the CDC. Many other countries, however, are much farther behind. Karp believes the threat of variants and seasonal outbreaks from COVID and other viruses like the flu is imminent.

“We have to educate the general community that having a high-quality, well-fitting, high-perfomance mask is critical. A lot of people put a mask on because they’re required to,” he said. “But a mask that leaks a lot is not a mask that is working well.” 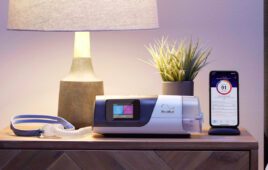