The breast cancer screening tests offered to women may in many cases be unnecessarily painful. New research from Lund University in Sweden shows that strong compression of the breast during mammography screening does not automatically lead to a better basis for diagnosis.

Every year, hundreds of thousands of women aged between 40 and 74 are invited to undergo mammography to detect abnormal changes and tumors in the breast as early as possible. The screening examination is repeated every 1.5 to 2 years.

Despite the extensive screening program, a large proportion of all breast cancer cases are detected by the patient herself. This could be due to several reasons, but one is that not all women take part in the screening program. Previous research studies show that the pain of having the breast compressed by the compression plate to obtain a better image is one important reason why some women decline to undergo screening.

Magnus Dustler, MSc in Engineering and a doctoral student at Department of Translational Medicine, Lund University, shows in his research how it is far from certain that strong compression of the breast results in an image which improves the doctors’ possibilities for diagnosis. In his thesis, he conducted precise measurements of how pressure is distributed on the breast during mammographic screening: “Reducing compression by half has little effect on how the pressure is distributed over the central areas of the breast. And they are the ones which are most important for cancer diagnosis.” 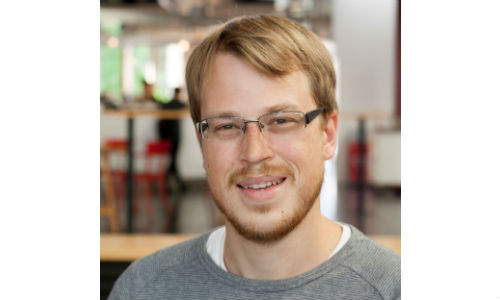 ‘The interest in our findings is increasing and I hope that they will be put to use,’ Magnus-Dustler said. (Credit: Björn Martinsson)

Another problem with current examinations is that many women are recalled unnecessarily. Only an estimated 10 to 20 percent of the women who are recalled due to suspected changes in the breast have cancer. For the others, the recall generates unnecessary anxiety and also entails major costs for public healthcare.

A possible way of reducing the number of recalls is to add pressure measurement. This means placing pressure sensors on the compression plates before taking the image. As cancer tumors are stiffer than the surrounding breast tissue and fat, it is possible to draw conclusions from the measurement data about potential tumors in the breast.

“The results indicate that it could be possible to set a threshold value: Women who exceed this threshold would undergo additional investigation. However, the method is not yet ready for clinical application,” says Magnus Dustler.

So far, the collective knowledge about pressure, pain and image quality associated with mammographic screening has only interested researchers on a small scale. And to an even lesser degree, the manufacturers of the equipment used in clinics all over the world. The equipment currently used to compress the breasts is largely equivalent to that used in the infancy of mammographic technology in the 1960s, according to Magnus Dustler.

“But the interest in our findings is increasing and I hope that they will be put to use,” he says.

The studies in the doctoral thesis are based on patient data from Skåne University Hospital in Malmö (20–150 participants). Magnus Dustler and his colleagues hope to continue their research in greater depth and to expand on the studies included in the thesis.

Magnus Dustler is presenting his thesis “Pressure distribution in mammography” at Lund University this month.