Faida Mwenge’s baby boy is nearly 3 months old but she and her son are still not allowed to leave the hospital — not until their bill is paid. The 20-year-old in eastern Congo has been detained since giving birth via an emergency cesarean section and owes hospital authorities $190 before she and little Jospin will be released.

Mwenge is one of hundreds of thousands of people estimated to be illegally detained every year by hospitals in poor countries worldwide, according to a new study attempting to quantify the problem, which experts describe as a major violation of human rights. The Associated Press found about a dozen other people detained at the same hospital because they are unable to settle their bills.

In the report released by British think tank Chatham House on Wednesday, experts reviewed nine studies on the issue and combed through media articles documenting cases of patients detained in 14 countries from Latin America to sub-Saharan Africa. The researchers found more than 950 cases between 2003 and 2017, including a report of about 400 patients held in a single hospital in Kenya in 2009.

The researchers said based on that limited data, the rate of detentions reported and the size of the countries where such reports originated, it was likely that hundreds of thousands more people faced the same fate.

“It appears to be very systemic and a big problem in countries where the charging of user fees is rampant and unregulated,” said Robert Yates of Chatham House, the study’s lead author. “Even though all countries would say these practices are illegal, the law is not being enforced and health facilities are just breaking the law and essentially holding people hostage until their families pay their bills.”

Yates and colleagues found the problem affected a disproportionate number of women like Mwenge, who suffered unexpected complications in childbirth.

Yates said hospitals across Africa often have a devoted wing that resembles a prison more than a hospital, staffed by security guards, to house people unable to pay their bills. Patients are deprived of treatment and frequently held in unsanitary and even abusive situations. He cited instances of a Nigerian woman who was chained to a urinal pipe and women in Kenya who said they had been pressured into having sex with hospital staff in exchange for cash to pay their bills.

Dr. Pierrot Kabemba, chief medical officer for the Beni region where Mwenge is detained, said it is common for patients to be held when they can’t pay, including those treated for gunshot wounds in the conflict-wracked area.

“Often times NGOs will pay for those patients who have spent many days in the hospital,” he said. 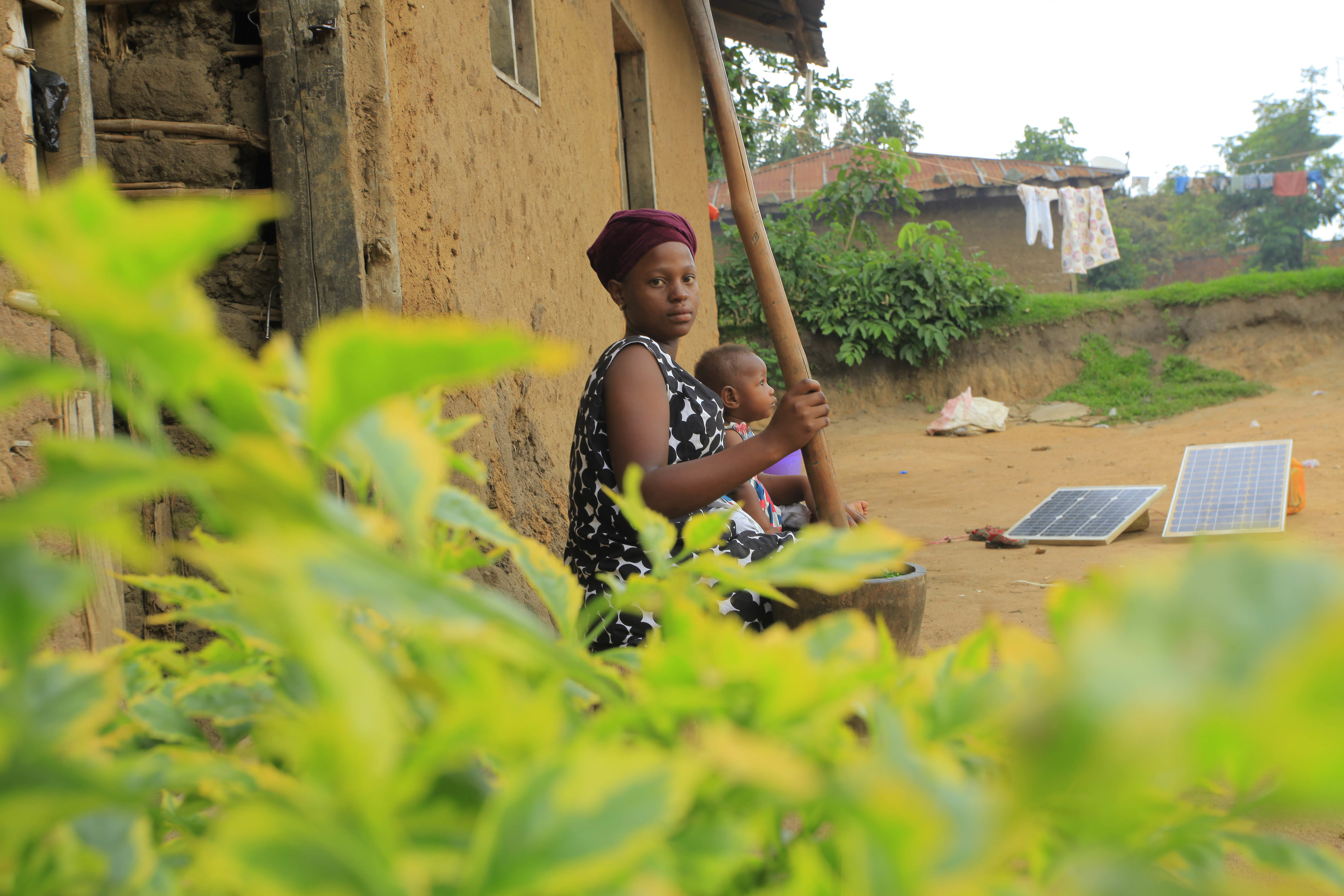 In this photo taken Saturday, Dec. 2, 2017. Faida Mwenge, sits with her son Jospin Kambale, outside her house in Beni eastern Congo. Faida Mwenge’s baby boy is nearly 3 months old but she and her son are still not allowed to leave the hospital — not until their bill is paid. The 20-year-old in eastern Congo has been detained since giving birth via an emergency cesarean section and owes hospital authorities $190 before she and little Jospin will be released. (AP Photo/Al-Hadji Kudra Maliro)

Mit Philips of Doctors Without Borders said the researchers’ estimate of hundreds of thousands of people illegally detained was plausible, based on what the aid group has seen and the belief that the phenomenon is underreported. She was not connected to the research.

“People see this happening in almost all health facilities and might not know this is not a normal practice,” said Philips, a health policy and advocacy adviser. “Hospitals are generally not proud of it but don’t really hide it either.”

Others blamed the problem on how health care is paid for in developing countries. The World Bank once encouraged developing countries to charge people fees for services provided in hospitals to help cover their costs, as opposed to providing free care for all. It has since reversed itself and called service fees “unjust and unnecessary.”

Sophie Harman, a global health expert at London’s Queen Mary University, said there was little motivation for most countries or health agencies to tackle the problem.

“It’s in no one’s strategic interest to open up this can of worms,” she said. “Governments don’t want to do it as they will then have to address backlash from overburdened health professionals.” Aid agencies like the World Health Organization probably wouldn’t want to risk offending member countries by confronting them, she added.

Although WHO condemned the practice, the U.N. health agency acknowledged it hasn’t done enough to stop the illegal detentions.

“It’s been a bit under the radar but we are deepening our support for human rights,” said Agnes Soucat, director of WHO’s department of health systems, governance and financing. She said the agency had never written directly to countries to say that detaining people in hospitals because they could not pay for their care was unacceptable.

For patients like Mwenge in Congo, the priority is simply to scrape together the required funds. So far, Mwenge’s friends and family have raised $70 of the $260 needed to cover her emergency C-section, which was necessary due to her small pelvis. She and her young son are no longer in the maternity ward but still live on hospital grounds, where Mwenge is washing other patients’ laundry in a bid to work off her debt.

“My husband isn’t working right now. I’ve already given up my sheets and other things I brought to the hospital,” Mwenge told the AP. “But I am still not allowed to leave.”