In a pilot study conducted at The University of Texas MD Anderson Cancer Center, image-guided biopsies identified select breast cancer patients who achieved pathologic complete response (pCR) after chemotherapy and/or targeted therapy, neoadjuvant systemic therapy (NST). Should the findings be replicated in future studies, this research would be the first indication that as the field moves toward more selective, personalized treatment, surgery may altogether be eliminated for a large group of patients.

Worldwide, triple negative and HER2 positive breast cancers account for about 370,000 women diagnosed annually, says Kuerer. With recent advances in neoadjuvant systemic therapy for both subsets of cancer, the pCR rates found at the time of surgery in these patients can be as high as 60 percent. This high rate of pCR naturally raises the question of whether surgery is required for all patients, particularly those who will receive adjuvant radiation. 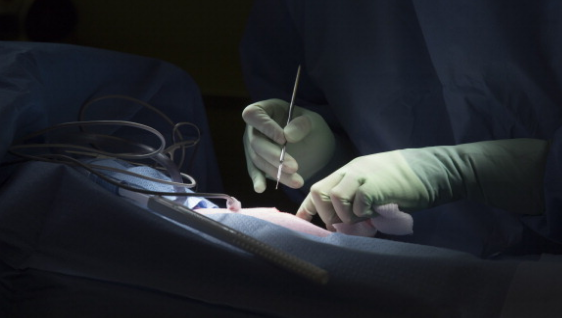 “We believe surgery may potentially be redundant – at least for these two subtypes of breast cancer – because of such a high chance for no evidence of disease at the time of pathological review,” says Kuerer. “If there’s no cancer left after the patient has received chemotherapy and the patient is going to receive local radiation therapy, is surgery actually needed?”

The challenge has been that standard breast imaging methods cannot accurately predict residual disease after NST.

“However, by doing the same image-guided, percutaneous needle biopsies after NST that we do at time of diagnosis, our preliminary research reveals we may be able to accurately predict which women will have cancer or not,” says Kuerer.

The prospective single-center study enrolled 34 women with early-stage (stage I, II, III) triple negative (23 patients) or HER-2 positive (11 patients) breast cancer. As per standard practice, all patients received NST. Prior to standard-of-care surgery, all participants consented to undergo image-guided fine needle aspiration (FNA) biopsy and an ultrasound and/or mammography guided vacuum-assisted core biopsy (VACB). The study measured for accuracy, false negative rate, and negative predictive value were calculated for FNA alone, VACB alone and FNA and VACB in combination. Breast pCR was defined as no residual disease at the time of surgery.

“With this knowledge, there’s an obligation to test whether no surgery, or ‘ultimate breast conserving therapy,’ is safe,” says Kuerer.

The accuracy of the preliminary findings led MD Anderson’s Institutional Review Board to approve a Phase II clinical trial, which soon is to open at MD Anderson and then across the MD Anderson Cancer Network. The study will enroll women with Stage I and II HER2-positive and triple negative breast cancer. Participants who achieve image-guided, biopsy-proved pCR after NST will undergo whole-breast radiation, without surgery. The trial will be the first using image-guided biopsies in this setting and not include surgery.

“There is an urgency to test whether surgery is needed. In conversations with my patients, many express concerns about overtreatment. They want the most personalized care with as minimal treatment as possible,” says Kuerer. “If these findings prove to be true, it would be groundbreaking for patients – both physically and psychologically.”