Researchers have developed a new imaging technique that makes it possible to study why proteins associated with Alzheimer’s and Parkinson’s diseases may go from harmless to toxic. The technique uses a technology called multi-dimensional super-resolution imaging that makes it possible to observe changes in the surfaces of individual protein molecules as they clump together. The tool may allow researchers to pinpoint how proteins misfold and eventually become toxic to nerve cells in the brain, which could aid in the development of treatments for these devastating diseases.

The researchers, from the University of Cambridge, have studied how a phenomenon called hydrophobicity (lack of affinity for water) in the proteins amyloid-beta and alpha synuclein — which are associated with Alzheimer’s and Parkinson’s respectively – changes as they stick together. It had been hypothesised that there was a link between the hydrophobicity and toxicity of these proteins, but this is the first time it has been possible to image hydrophobicity at such high resolution. Details are reported in the journal Nature Communications.

“These proteins start out in a relatively harmless form, but when they clump together, something important changes,” said Dr Steven Lee from Cambridge’s Department of Chemistry, the study’s senior author. “But using conventional imaging techniques, it hasn’t been possible to see what’s going on at the molecular level.” 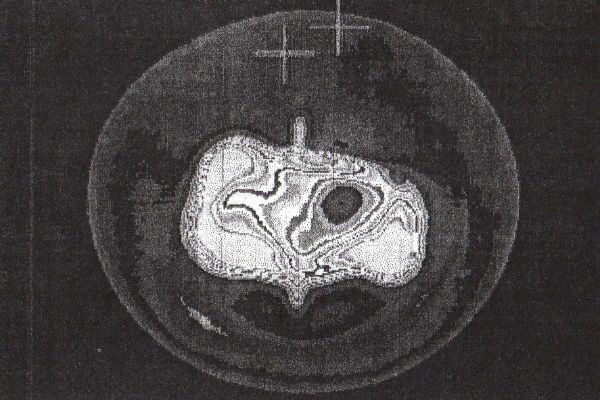 In neurodegenerative diseases such as Alzheimer’s and Parkinson’s, naturally-occurring proteins fold into the wrong shape and clump together into filament-like structures known as amyloid fibrils and smaller, highly toxic clusters known as oligomers which are thought to damage or kill neurons, however the exact mechanism remains unknown.

For the past two decades, researchers have been attempting to develop treatments which stop the proliferation of these clusters in the brain, but before any such treatment can be developed, there first needs to be a precise understanding of how oligomers form and why.

“There’s something special about oligomers, and we want to know what it is,” said Lee. “We’ve developed new tools that will help us answer these questions.”

When using conventional microscopy techniques, physics makes it impossible to zoom in past a certain point. Essentially, there is an innate blurriness to light, so anything below a certain size will appear as a blurry blob when viewed through an optical microscope, simply because light waves spread when they are focused on such a tiny spot. Amyloid fibrils and oligomers are smaller than this limit so it’s very difficult to directly visualise what is going on.

However, new super-resolution techniques, which are 10 to 20 times better than optical microscopes, have allowed researchers to get around these limitations and view biological and chemical processes at the nanoscale.

Lee and his colleagues have taken super-resolution techniques one step further, and are now able to not only determine the location of a molecule, but also the environmental properties of single molecules simultaneously.

Using their technique, known as sPAINT (spectrally-resolved points accumulation for imaging in nanoscale topography), the researchers used a dye molecule to map the hydrophobicity of amyloid fibrils and oligomers implicated in neurodegenerative diseases. The sPAINT technique is easy to implement, only requiring the addition of a single transmission diffraction gradient onto a super-resolution microscope. According to the researchers, the ability to map hydrophobicity at the nanoscale could be used to understand other biological processes in future.