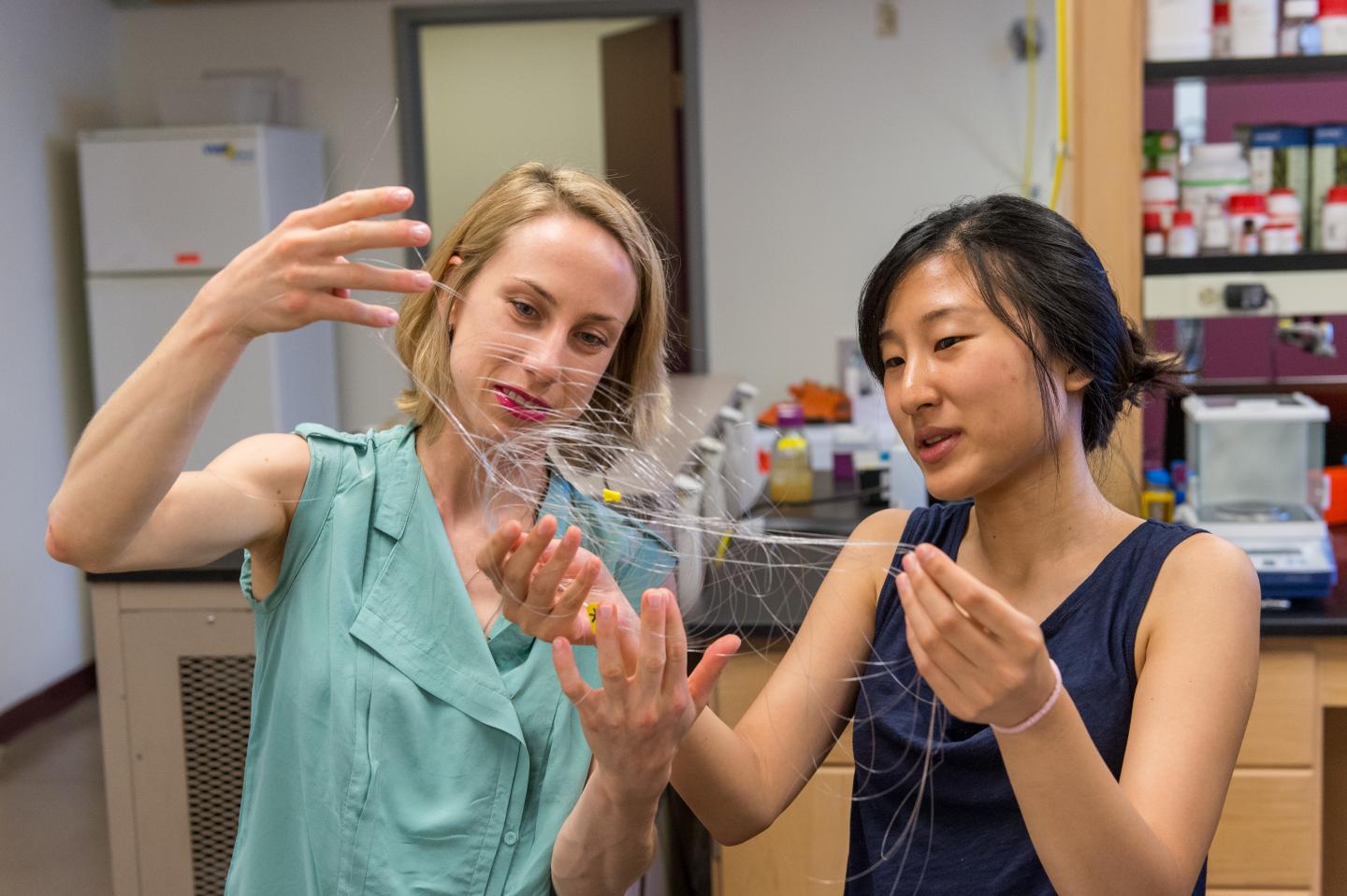 In the next decade, people who have suffered a spinal cord injury or stroke could have their mobility improved or even restored through a radically new technology: implantable devices that can send signals between regions of the brain or nervous system that have been disconnected due to injury.

That’s the mission driving the Center for Sensorimotor Neural Engineering, a University of Washington-led effort that includes researchers from the Massachusetts Institute of Technology, San Diego State University and other partners.

To support development of this much-needed technology, the National Science Foundation recently renewed the center’s funding. It has awarded $16 million over the next four years to support research on implantable devices that promote brain plasticity and reanimate paralyzed limbs.

“There’s a huge unmet need, especially with an aging population of baby boomers, for developing the next generation of medical devices for helping people with progressive or traumatic neurological conditions such as stroke and spinal cord injury,” said CSNE director and UW professor of computer science and engineering Rajesh Rao.

The goal is to achieve proof-of-concept demonstrations in humans within the next five years, Rao said. This will lay the groundwork for eventual clinical devices approved by the Food and Drug Administration, in collaboration with the center’s industry partners.

CSNE was founded in 2011 with an $18.5 million NSF grant. Since then, its interdisciplinary team of neuroscientists, engineers, computer scientists, neurosurgeons, ethicists and industry partners has led the way in developing ‘bi-directional’ implantable devices that can both pick up brain signals and send information to other parts of the nervous system.

The devices record and decode electrical signals generated by the brain when a person forms an intention, for example, to move a hand to pick up a cup. The devices are also able to wirelessly transmit that information, essentially creating a new artificial pathway around damaged areas of the brain or nervous system.

“When Christopher Reeve sustained a spinal cord injury due to a fall from his horse, his brain circuits were still intact and able to form the intention to move, but unfortunately the injury prevented that intention from being conveyed to the spinal cord,” Rao said.

CSNE is working on closed-loop “bi-directional brain-computer interfaces” — implants that can interpret brain signals and wirelessly transmit that information to another part of the nervous system to restore movement and promote plasticity for rehabilitation. (Credit: University of Washington)

“Our implantable devices aim to bridge such lost connections by decoding brain signals and stimulating the appropriate part of the spinal cord to enable the person to move again,” he said.

The same technology could also be used to promote plasticity for targeted rehabilitation in stroke and spinal cord injury patients — essentially reconnecting brain or spinal regions and helping the nervous system repair and rewire itself.

CSNE is also working on improving today’s implantable technologies, such as deep brain stimulators used to treat Parkinson’s disease and tremors. These typically deliver electric pulses to the brain at an appropriate frequency that’s adjusted by a physician to achieve the desired effect.

But this means that the brain is constantly bombarded by electrical pulses even when a person is resting and the pulses aren’t needed. This can lead to unwanted side effects and drain the implantable device’s battery, leading to more frequent replacement surgeries.

By contrast, CSNE researchers and industry partners are working on a next generation of ‘closed loop’ implantable devices that monitor the brain and deliver targeted electrical stimulation only when it’s needed.

“This funding renewal for CSNE will allow us to advance the frontiers in closed-loop neural interfaces,” said CSNE deputy director Chet Moritz, a UW associate professor of rehabilitation medicine and of physiology & biophysics. “We have a fantastic team of engineers and neuroscientists working closely together, and continued NSF support is critical to achieving these ambitious goals.”