For children with severe heart failure, the only available means of life support are ventricular assist devices (VADs) placed outside the body. These devices are associated with significant risks and the need for hospital management.

In conjunction with the National Heart, Lung and Blood Institute, investigators have now developed a miniaturized implantable VAD for small children (the Infant Jarvik 2015). The results of testing the device in live sheep are presented at the 96th American Association for Thoracic Surgery (AATS) Annual Meeting.

“The very favorable results of this study will be submitted to the U.S. Food and Drug Administration for determination of its suitability to initiate a clinical trial called the PumpKIN (Pump for Kids, Infants, and Neonates) Trial. We are hoping the trial will begin late this year. This study will be an important milestone in the new era of pediatric heart failure management with implantable VADs,” explained lead investigator Iki Adachi, MD, Texas Children’s Hospital, Houston. 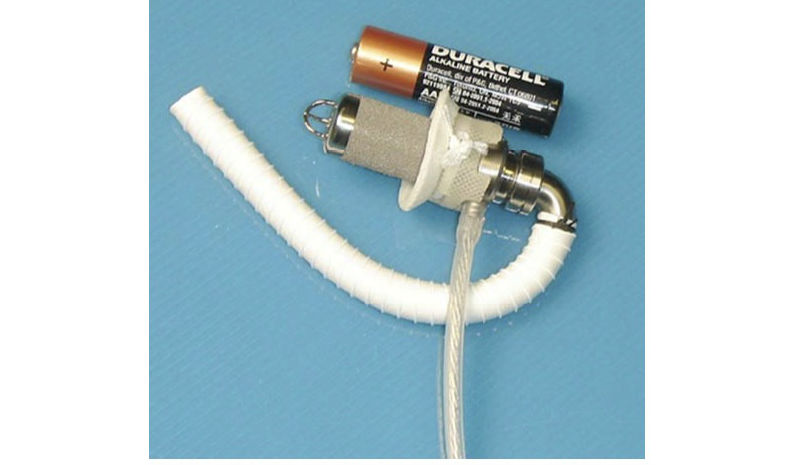 The study evaluated the biocompatibility and hemodynamic performance of the Infant Jarvik 2015 in the chronic sheep model. (Credit: Texas Children’s Hospital, Houston).

While there are VADs designed for adults, there are no implantable VADs specifically designed for small children. The current study aims to address this unmet need.

The Infant Jarvik 2015 is an implantable axial-flow VAD. Compared to its predecessor the Infant Jarvik 2000, in vitro testing demonstrated that it offers significantly improved hemolysis profile, which is one of the most important challenges in development of small pumps.

The Infant Jarvik 2015 offers up to 3.0 liters per minute flow rate, which is approximately double the flow its predecessor can provide. This important difference in flow capability would suggest that the new pump could be used in wider range of children.

In the current report, researchers implanted the pump in ten sheep through the apex of the left ventricle. The outflow graft was attached to the proximal descending aorta. Eight of the ten sheep completed the study and remained in good health, as indicated by appropriate weight gain, over a period of one to two months. The remaining two animals did not complete the study due to complications that were not directly related to the pump.

The most significant finding was very minimal hemolysis (premature destruction of red blood cells) despite high pump speed (the pump rotor spins up to 18,000 times per minute). In six animals, there were small kidney infarcts, which is often seen in this type of animal studies in part due to inability to fully anticoagulate these animals. The entire VAD flow pathway was clean, without thrombi or fibrin deposits except in one.

“This preclinical study not only demonstrates the clinical feasibility of the new device, it also provides important insights into how this device may be managed when used clinically in pediatric patients,” emphasized Dr. Adachi.