The DNA-powered imaging technology can reveal the inner workings of cells at the single molecule level, using conventional microscopes found in most laboratories.

Key to the Wyss Institute’s DNA-driven imaging super resolution technology is the interaction of two short strands of DNA, one called the “docking strand” that is attached to the molecular target to be visualized and the other, called the “imager strand”, which carries a light-emitting dye. 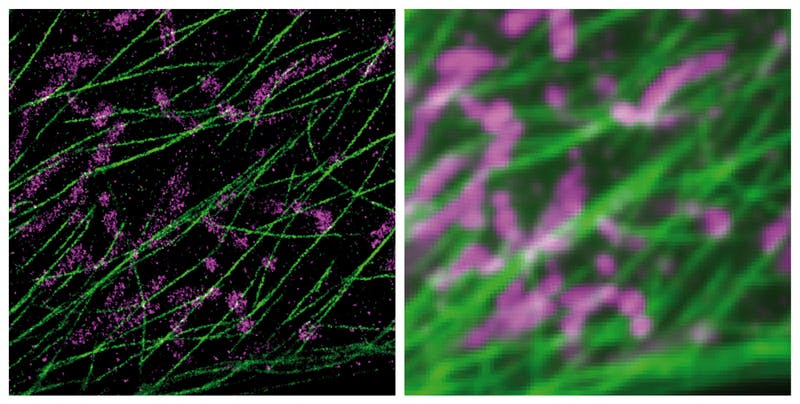 Despite the recent revolution of optical imaging technologies that has enabled the distinction of molecular targets residing less than 200 nanometers apart from each other, modern super-resolution techniques have still been unable to accurately and precisely count the number of biomolecules at cellular locations.