Serious burn victims are immunocompromised and may be missing skin on parts of their body, and this makes them highly vulnerable to bacteria. Thanks to progress in intensive care, they are decreasingly likely to die from burn trauma. Death is more commonly the result of infections that can occur several months after being hospitalized. The bandages used to treat burns actually represent a real breeding ground for microbes.

To combat these bacteria, which are increasingly antibiotic-resistant, a consortium of Swiss researchers worked on a biological bandage able to accelerate the scarring process and, ultimately, prevent bacteria from multiplying. The researchers focused on the formidable bacterium called Pseudomonas aeruginosa, the main cause of infections and death among serious burn victims. An article describing the new bandage, which was developed in part at EPFL, has just been published in Scientific Reports. 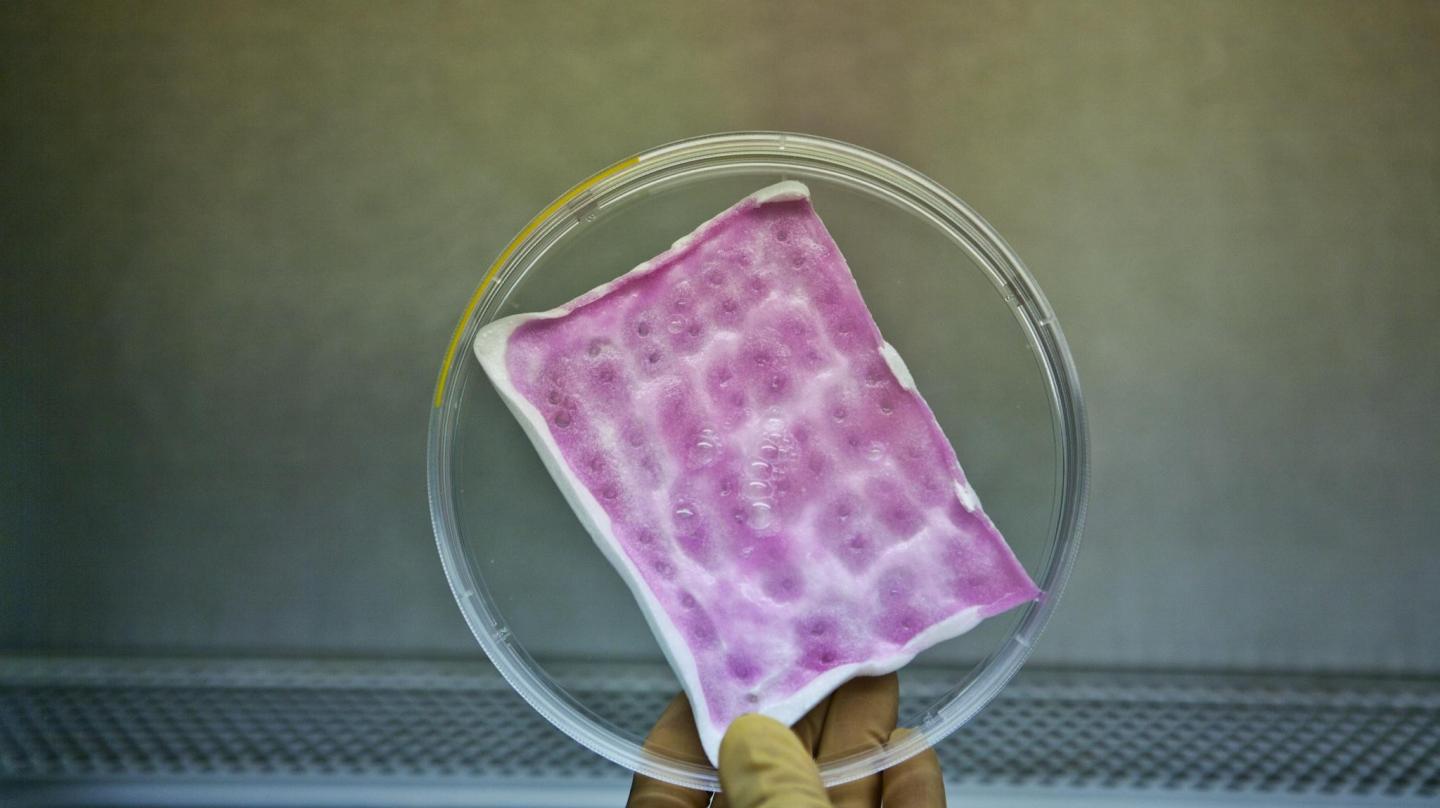 Infection-fighting bandage for the treatment of severe burns. (All images credit: Murielle Michetti)

The technology is based on a biodegradable bandage made of animal collagen and ‘progenitor’ cells that can multiply quickly. First developed by the CHUV in 2005, these bandages hastened the healing process but did nothing to protect against microbes. The researchers have now demonstrated that by combining these biological bandages with special molecules called dendrimers, it would be possible to not only speed up healing but also to put a stop to infections. 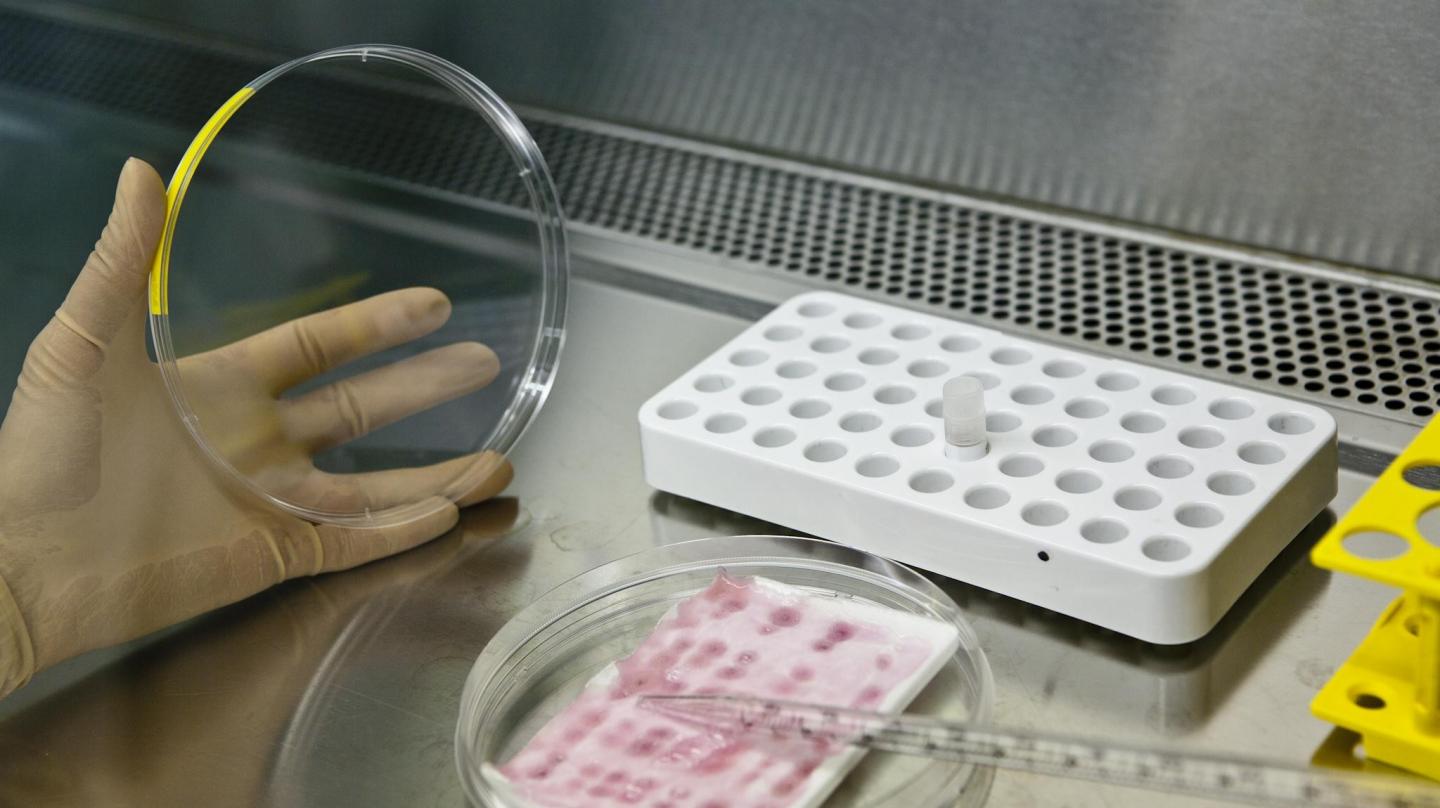 Serious burn victims are immunocompromised and may be missing skin on parts of their body, and this makes them highly vulnerable to bacteria.

Halting Bacterial Proliferation
The bandage consists of a strip of gauze made from collagen to which progenitor cells and dendrimers have been added. When the bandage is placed on a bacteria-infected site, some of the dendrimers migrate and destroy the microbes located in the direct vicinity of the bandage. Other dendrimers remain inside the bandage. “Bandages are a favorable environment for bacterial growth,” said Dominique Pioletti, the head of EPFL’s Laboratory of Biomechanical Orthopedics. “So some dendrimers have to remain in the bandage to destroy any intruders.” With his team, the researcher’s task was to find a way to incorporate dendrimers in the biological bandage. He then observed how the bacteria interacted with the new bandage. 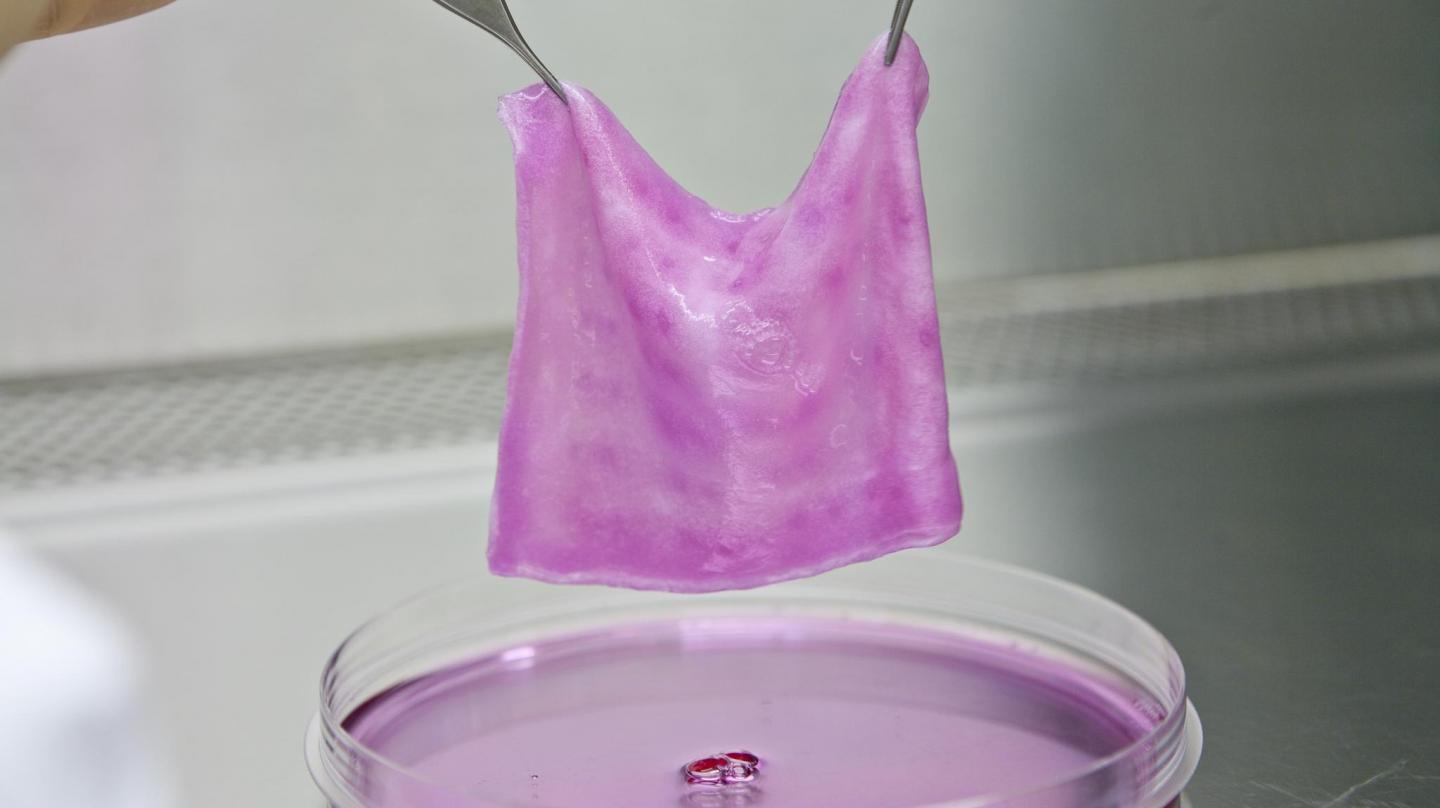 The bandage consists of a strip of gauze made from collagen to which progenitor cells and dendrimers have been added.

Cutting the Death Rate
For hospital burn specialists, this technology meets an urgent need. “Currently, we have to take enormous precautions with our patients,” said Lee Ann Laurent-Applegate, the head of the Regenerative Therapy Unit at the CHUV. “The bandages, which sometimes cover most parts of the body, need to be changed every day for several months. Yet that does not stop infections. And we cannot prescribe antibiotics to all patients as a preventive measure for fear of making the bacteria more resistant. With the new bandages, rather than treating infections, we will be preventing them. We are nipping the problem in the bud.”

The new bandage will be tested in Zurich before they can be used in clinics.