Infinite Biomedical Technologies (IBT), a Baltimore-based medical device company, announced the release of the next generation of its award-winning wireless controller technology — morph2. This technology enables upper limb amputees to switch grips using wireless RFID tags, and its development was funded by the National Institute of Child Health and Human Development.

More than 50,000 people in the U.S. are living with an upper limb amputation, which is most frequently a result of trauma or work-related injuries. morph2 has the potential to improve the lives of thousands of amputees around the world by giving users more seamless control over their prosthetic hands through the use of strategically placed RFID tags. 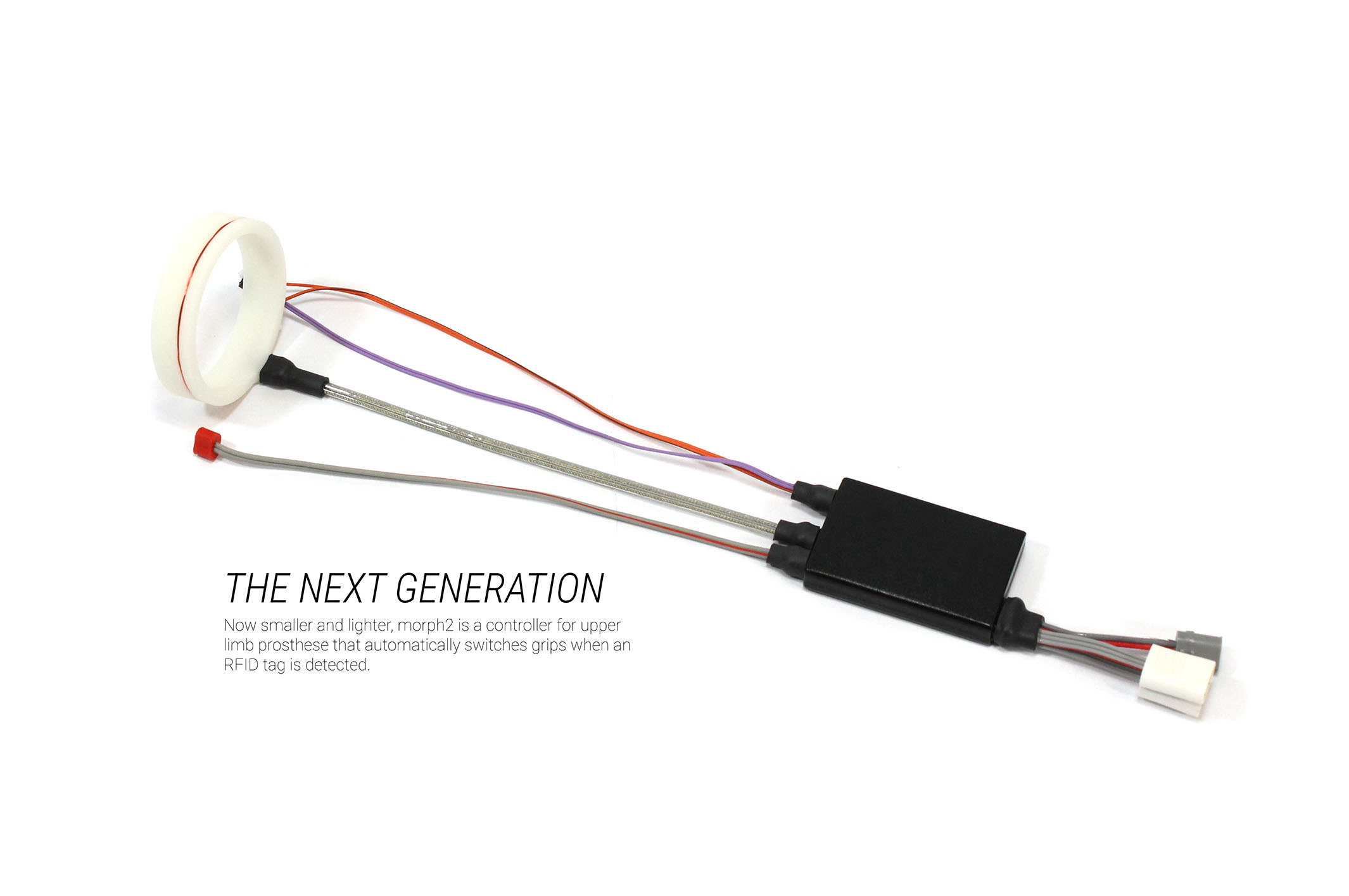 In the last ten years, lifelike multi-functional hands have reached the market promising unprecedented functionality by enabling several unique grip modes. Unfortunately, most of these prostheses are limited to only two inputs making it difficult for users to access these features. However, when paired with the bebionic family of multi-grip hands from Steeper, morph2 empowers users by giving them the control of the right grip at the right time.

The morph2 controller uses high-frequency RFID technology to create an invisible “detection cloud” around the prosthesis. The RFID tags act as inputs for the prosthetic hand, allowing for automatic, accurate, and immediate shifts in grip pattern. When an RFID-tagged object is within the detection cloud, the tag wirelessly sends commands to the prosthetic device via morph2 allowing it to switch functions or grips, for example from the tripod grip (used to pick up or manipulate everyday objects) to the power grip (used to shake hands or grab a ball). The morph2 also provides additional benefits beyond switching commands. Using a special “lock/unlock” tag, users can lock their prosthesis in place to ensure a failsafe grip for delicate objects such as beverages and plates. With this tag, users will have the confidence that their prosthesis will not inadvertently open, dropping an object or spilling a beverage.

“Conventional methods can be unintuitive, or simply too difficult to reproduce consistently,” said Rahul Kaliki, PhD, Chief Executive Officer of IBT. “Users of morph2 will no longer have to think about the steps needed to change their grip or wrist operation. They’ll simply have to reach near a tag or let the tag tell the hand how to move. It gives them more confidence that their prosthesis will move the way they want it to.”

The RFID tags for morph2 are paper thin and come in a variety of sizes. Adhesive backing on the tags allows users to attach tags to virtually any object in an environment (e.g. kitchen, office) or on their person (e.g. in the wallet, pants pocket). The tags do not use batteries and therefore are maintenance-free.

From the small tag footprint to the easy integration, morph2 may be a game changer for users that desire greater prosthesis control.