The largest insurer in Tennessee has announced it will no longer cover prescriptions for what was once a blockbuster pain reliever. It’s the latest insurance company to turn against OxyContin, whose maker, Purdue Pharma, faces dozens of lawsuits related to its high-pressure sales tactics around the country and contribution to the opioid crisis. Last fall, Cigna and Florida Blue both dropped coverage of the drug.

Top officials at BlueCross BlueShield of Tennessee say newer abuse-deterrent opioids work better, and starting in January, the insurer covering 3.4 million Tennesseans will pay for those opioids made by other pharmaceutical companies instead.

“We felt it was time to move to those products and remove Oxycontin from the formulary, which does still continue to have a higher street value,” said Natalie Tate, the insurer’s vice president of pharmacy.

OxyContin was reformulated in 2010 to make the drug harder to misuse — but it’s still possible to crush or liquefy in order to snort or inject it.

The latest long-acting opioids that BlueCross BlueShield of Tennessee is going to start covering — Xtampza and Morphabond — are still more difficult to misuse, according to the company and some pharmaceutical experts.

In a page-long response a reporter’s query, a Purdue Pharma spokesman pointed out that no opioid drug is “abuse proof” or less addictive, accusing BCBST of financial motives that remove choices for many patients.

“We believe that patients should have access to FDA-approved products with abuse-deterrent properties,” Purdue’s Robert Josephson wrote in an email. “The recent decision by BlueCross BlueShield of Tennessee limits prescribers’ options to help address the opioid crisis.”

In response, BCBST’s Tate argued that ditching one of the most recognized names in opioids is not designed to save money, though it could in a roundabout way.

This move could reduce fraudulent prescriptions to street dealers or drug-seeking people with active addictions and cut down on costly hospital stays for overdoses, said pain consultant and pharmacist Jeff Fudin, an adjunct professor at Albany College in New York.

“It’s a smart idea to use dosage forms that have proven to have been better abuse-deterrent formulations,” he said. “In the long run, it actually will cost them a whole lot less money.”

Fudin said he’s often at odds with insurers over their decisions about which drugs to cover, but he applauds this decision, which he expects more insurers to follow. 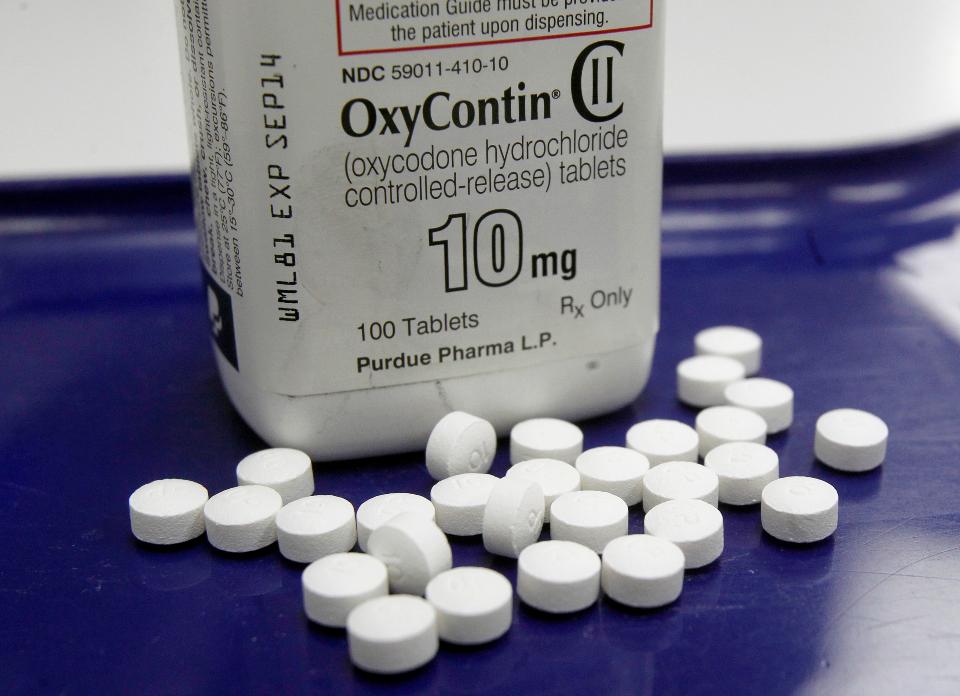 Practicing pain physicians in Tennessee — who regularly battle with insurance companies — also approve of the change, though they said OxyContin was already falling out of favor. And they argue trading one opioid for slightly safer ones doesn’t address a larger gripe that physicians have with insurers over paying for other, non-addictive types of treatment.

“We will have denials and prior authorizations on a muscle relaxer, and we will have no issue getting an opioid through the insurance company,” said Dr. Stephanie Vanterpool, an anesthesiologist at the University of Tennessee and the president-elect of the Tennessee Pain Society.

BlueCross BlueShield of Tennessee is adding some alternative pain therapies in the coming year, according to its announcement last week. But Vanterpool would like to see a philosophical about-face.

Not to say OxyContin won’t be sorely missed by some patients.

“There are plenty of people who benefit from that drug,” said Terri Lewis, a patient advocate and rehabilitation specialist from Cookeville, Tenn.

She’s suspicious of BCBST’s motives since the insurer may be blamed for its role in the opioid crisis. Embattled Purdue Pharma could be a convenient scapegoat.

“Maybe this is a good decision,” Lewis said. “But it smells like a political decision.”

And this would be just the latest decision inserting politics into a nuanced medical problem.

A Blessing In Disguise?

The Tennessee legislature instituted some of the tightest opioid prescribing regulations in the country this year — a three-day limit for most people who aren’t already on opioids. And even long-term pain patients are having trouble getting refills.

John Venable of Kingsport, Tenn., was shown the door by his pain clinic in July after more than a decade on oxycodone — a generic, short-acting version of OxyContin.

“I just felt like I was in a hopeless state, like, ‘there is no help for John,’” he recalled.

At their worst, he said his headaches get so debilitating “that death would be a relief.” Despite his dread, he’s noticed something surprising over the last few months without opioids — his crippling headaches haven’t gotten that much worse, if at all.

“It very well might be a blessing in disguise,” Venable said.

The retired builder and one-time pastor said he prays that those losing OxyContin also will get to use the moment as an opportunity, though he knows many can’t cut ties with opioids. And he worries some will turn to more dangerous drugs off the street or even contemplate ending their own lives.

But restricting legal access to opioids hasn’t turned back the rise in overdose deaths, which hit a record in Tennessee and nationwide last year.

This story is part of a partnership that includes Nashville Public Radio, NPR and Kaiser Health News.

KHN’s coverage of prescription drug development, costs and pricing is supported in part by the Laura and John Arnold Foundation.